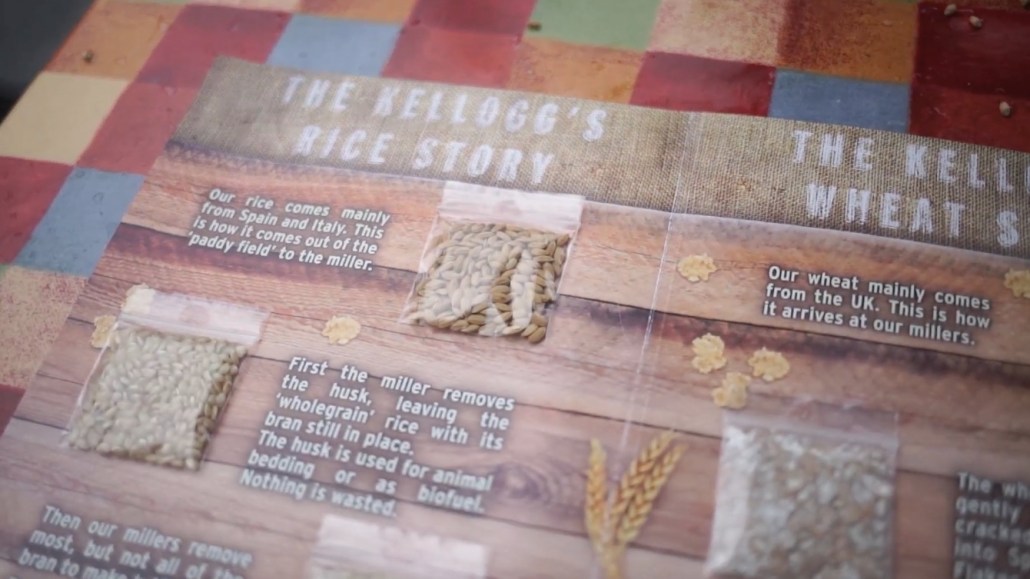 Daily Mirror readers would be forgiven if they were confused when they went to read the newspaper online recently. Either the copy editors had been drinking or something had gone very wrong with newsroom keyboards: All the Os and As had vanished from the site. But in fact, the omission was quite deliberate — it was all part of a campaign by Trinity Mirror’s content studio Invention for the National Health Service (NHS).

The campaign, which ran during National Blood Week in June, addressed a national crisis: the depletion of blood reserves in the U.K. Focus went specifically on encouraging readers with blood type O and A, which are in particular short supply, to come forward and donate.

This is one of a host of branded content deals to come out of the publisher’s content studio, which launched last year as part of its rebranded commercial division Trinity Mirror Solutions (TMS).

The studio, called Invention, was set up by its current chief Mark Field, who began recruiting for the team in response to the “huge demand” for content partnerships from advertisers.

“This was a brilliant project for Invention because the Mirror’s readership is naturally very pro-NHS, so it was in keeping with our audience and the editorial teams wanted to write about it,” said Field.

As a result it produced a page of “earned” editorial raising awareness to the issue, and a series of paid-for columns which ran throughout the week highlighting key statistics, and driving people to sign up to donate.

To inform its creative approach, the publisher is seeking out a deeper understanding of its audience. Trinity Mirror recently conducted a major research project, dubbed Modal Britain, which identified three characteristics that set its readership apart, the “three Bs”: their beliefs (a premium on social justice), betterment (their own personal achievable goals) and belonging (their sense of family and community).

“By looking at the three Bs, we can really see which of these areas most fits the brief and we can amplify an idea to fit one or more of the three. This insight then informs our creative editorial directors as to a direction for ideas. If we understand what motivates the audience, then this sparks our approach to content,” he said.

The team
The team comprises 38 people, at the center of which are the three creative editorial directors, all journalists by background. There are six designers, one of whom is dedicated solely to digital design, five project managers, with the remainder of the team split between events and account managers.

Field has also just appointed a former BBC executive Dean Matthewson as senior Invention planner. The creative editorial directors — Samantha Cope, Jane Claire and Tom Reed — act as content ideas generators and will work alongside Matthewson to create ideas for clients based on consumer insight. Once they have won a campaign brief, they then act as commissioning editors ensuring the right talent is deployed to produce content for the advertiser.

“We’re structured like a creative agency in the sense that we marry a planner who understands audience and insights which the editorial directors who can draw on that to inform creatives,” said Field. “In time, we may take briefs out to our readership to gauge feedback and ideas before going on to create stories and content around it.”

Experiential marketing a growth opportunity
It has now begun delving more into experiential work, including a collaboration with Kellogg’s on its “Seed to Spoon” campaign, aimed at educating parents and children about where their breakfast cereal is sourced from and how it is made. For the campaign, it built a mini-farm, complete with livestock and farmers, in the middle of Manchester, for children to spend time with and learn about the animals and how cereals are harvested.

“We were then able to make content off the back of the experiences, which included everything from video to articles and social media. We see experiential as a big growth opportunity,” said Field.

The projects are still weeks away from a complete post-campaign analysis, but overall digital revenues from the content studio have “quadrupled” in the last six months, with deals generally averaging six figures, according to Field.

“We’re building a steady pipeline of business and clients,” he said, adding that two more deals are poised to kick off. Although a little early to divulge details he described both as “game-changing” for the publisher.

Briefs are also starting to shift away from being focused on print with digital “tacked on,” with the majority of deals now multiplatform. “Clients are leading more now with the digital; it’s now all about audience, whatever the platform,” he added.