Inside The Atlantic’s events juggernaut 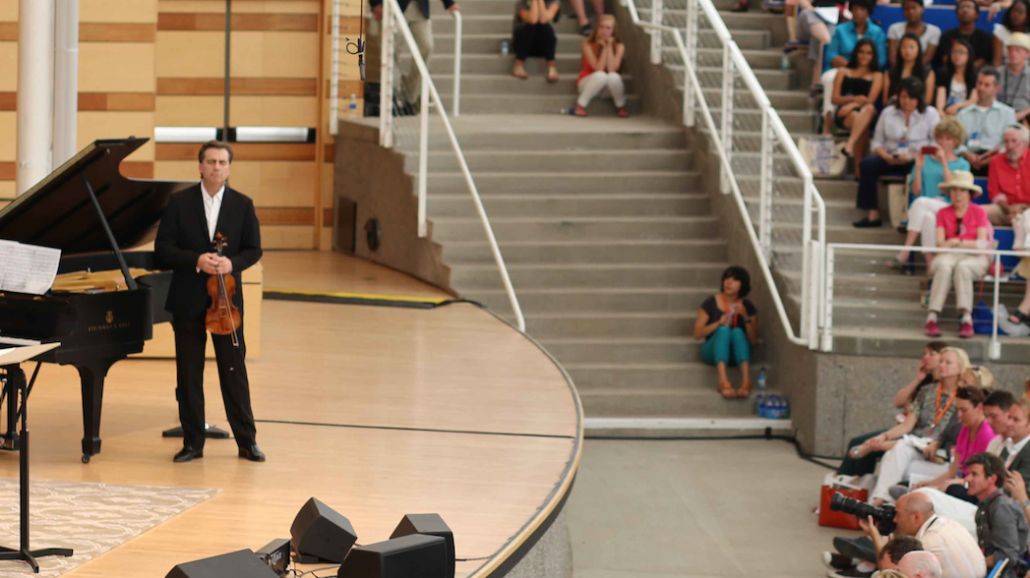 At The Atlantic’s New York Ideas festival in May, attendees looked on as Dominique Ansel, the inventor of the Cronut, whipped up his signature pastry on stage. Earlier, they heard from speakers like Cosmopolitan editrix Joanna Coles, and Will Dean, the founder of adventure race Tough Mudder.

It wasn’t your typical conference lineup, but neither was the host. The publication has built its AtlanticLive events arm into a thriving business by making its highbrow brand more accessible. It started hosting live events in 2006; today, it puts on some 125 of them a year under the Atlantic brand, doubling their revenue in the past four years. The events have been so successful they now account for close to one-fifth of the Atlantic’s overall revenue.

Publishers that are clamoring to supplement their coffers with events these days could do worse than to look to The Atlantic. As it’s part of a privately held company, the Atlantic won’t disclose dollar figures, but a knowledgeable source said AtlanticLive is profitable and brings in close to $10 million annually. The largest is the week-long Aspen Ideas Festival, which is a partnership with the Aspen Institute and which hosts 4,000 people paying as much as $3,000 for a four-day pass. The Atlantic also has been adding smaller events like New York Ideas, which drew 815 people paying as much as $149 this year; and Start-Up City: Miami, which drew 700 people paying $75.

Bob Cohn, COO and co-president of The Atlantic, with oversight for Live, said putting on successful events isn’t unlike doing great journalism: It needs to start with a good idea that can be brought to life in a live setting and appeal to underwriters. Live employs a team of 30 people, in content, sales, marketing and operations/logistics. Beginning in September Live will be overseen by Margaret Low Smith, senior vp of news at NPR, as vp, president.

As with other publishers, the Atlantic’s events serve multiple purposes: They provide another touchpoint with consumers and they give the brand another platform to sell to advertisers. (The Atlantic’s sponsorships go for up to $700,000 for a major event, per knowledgeable sources). They also create content for the editorial side. Last year, Aspen Ideas generated more than 100 stories for the Atlantic’s site.

“For us, this has been not just a brand-building exercise,” Cohn said. “It’s actually an integral part of our business. We’ve been able to view the live business through the same prism that we view the digital and print businesses: We’re an editorial company that brings our editorial brand to whatever platform we’re working on.”

The events succeed in part because of their tight integration with the editorial side; Steve Clemons, Live’s editor-in-chief, is also Washington editor-at-large for the Atlantic. Live only creates events for the Atlantic, not for sibling brands Quartz, National Journal and Defense One. That fosters a close working relationship that enables Live to create events tied to Atlantic cover stories like “The Case for Reparations” and “The Confidence Gap.”

That doesn’t mean it’s easy. The competition is only getting tougher, with other publishers ramping up their events (which often have looser guidelines for underwriters, if they exist at all, than the Atlantic’s.) Keeping the growth up is going to get trickier.

“The Atlantic has the ability to convene people. It has the reputation to be intellectual but approachable, and it punches above its weight compared to the size of its brand,” said Ava Seave, principal of Quantum Media, a consulting firm. But unlike a website or magazine, events aren’t regularly replicated, so they’re less well suited to advertisers who want to repeat their message. Also, the barrier for entry is low, which just means more competition.

The Atlantic also may face more pressure now that it’s moving more into consumer events revenue, much as publishers have been increasingly trying to charge readers more for online content to make up for softness in ad spending. That takes an understanding of gate fees, though, which the Atlantic is slowly learning.

“Events are competitive,” said Larry Burstein, publisher of New York magazine, which puts on four consumer-aimed events including Vulture Festival and New York Culinary Experience. “Each of ours exists in a competitive environment and requires a personality as unique as the brand from which it’s inspired. They require constant innovation to appeal to ticket buyers, and sponsors. Pricing, concept, advertising are constantly being rethought.”

The Atlantic is fully aware the space is getting more crowded; hence, the emphasis on entertaining demos like the Cronut, and staccato, five-minute Q&As with a journalist replacing the panel with “three white guys and a moderator,” as Cohn put it.

“There’s no doubt, this is a growing part of our business,” he said. “At the same time, the space is becoming more competitive, so we have to offer something more distinctive.”