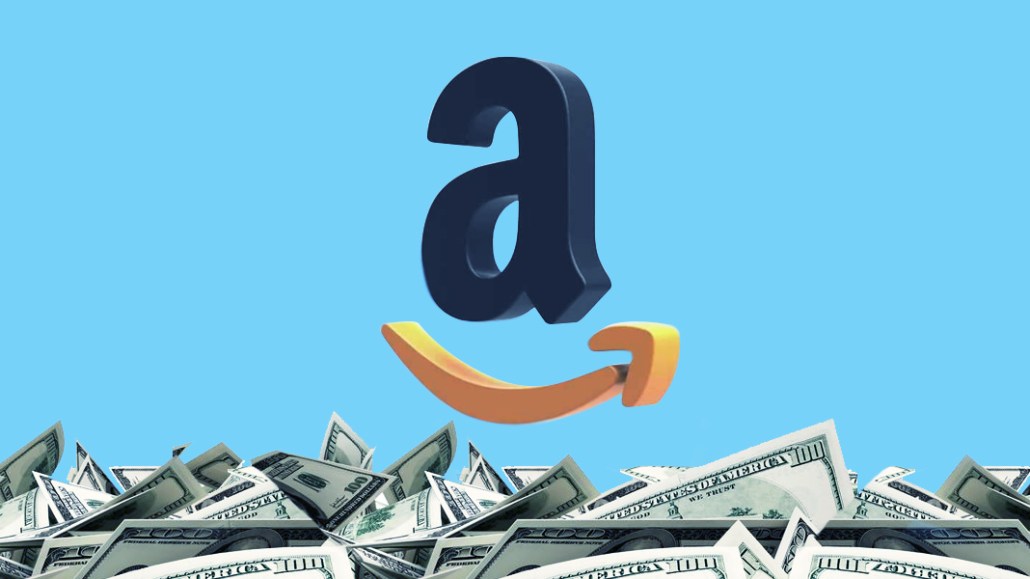 Here’s a breakdown of its setup, based on conversations with advertisers, agencies and publishers familiar with its U.K. ad business, several of which spoke on condition of anonymity. Amazon declined to comment for this story.

Meet the team
Amazon has steadily grown its U.K. agency team over the last few years, with many of its hires ex-Microsoft staffers who came with strong relationships with U.K. agencies. Amazon doesn’t disclose its head counts, but agency sources have said Amazon has a team dedicated to servicing independent agencies, while agency groups have separate, dedicated Amazon representatives. “They’re really investing,” said one agency executive.

Amazon’s hiring spree doesn’t seem to be waning either, as the e-tailer tries to appeal to new clients that don’t already sell products on its site. The company lists 28 open advertising-based roles, spanning Amazon Media Group, Amazon Marketing Services and Amazon Advertising Platform, according to LinkedIn. The platform is advertising for roles ranging from senior agency development manager to more specialist job titles like head of partnerships for affiliates and partner marketing, as Amazon tries to shed light on a part of its business it has been reluctant to push too far to date.

After outgrowing its existing London offices in Holborn and Barbican, Amazon has begun to move into a new building in Shoreditch last summer. The new offices are believed to have capacity for 5,000 people, a large number of whom will be in media and advertising.

Amazon’s ad business has arrived in the U.K.
Amazon has been notoriously secretive about its ad business across Europe in general. Amazon’s reticence may in part stem from its decision to get as many existing sellers to advertise first before pursuing new clients. Any new advertisers would need the staff and resources to bring them up to speed with the intricacies of the platform, particularly given Amazon’s insistence that they both sell and advertise to get the most out of its platform.

Amazon has been quiet about its advertising services, but it doesn’t really need to actively promote itself, said Aydin Moghaddam, head of paid search at digital agency Roast. “Brands are becoming aware that more people start product searches on Amazon than on Google,” he said. “This is pertinent because product searches ultimately have the most commercial value for brands.”

One big difference between Amazon and the duopoly is that Amazon sells its three search ad formats — sponsored products, headline search ads and product display ads — by promoting the halo effect of organic sales on Amazon, according to agency executives. If an advertiser can drive more people to product pages on Amazon, the brand gets more exposure, reviews and visibility on the site.

The ad platform itself is basic in functionality compared to what the duopoly offers, which makes it hard to measure Amazon’s supposed halo effect, executives said.

The pitch to advertisers
Amazon’s proposition in the U.K. consists of Amazon Marketing Services, its auction that’s akin to Google’s paid search, and Amazon Media Group. Amazon Media Group is the in-house team that sells Amazon’s ad products, working with brands and agencies on campaigns across display, video, custom ad units and voice across Amazon.com, IMDb, Digital Photography Review and Kindle. The AMG team is already known to have struck a close relationship with Diageo and its agency Carat in London, as evidenced by the former’s early attempts to monetize voice search via Echo devices and test shoppable videos on the Amazon Prime streaming service.

Barriers to growth
For some agencies, Amazon is their first choice for performance ad budgets, particularly for retail clients. But there is a limit to how much they’ll spend on the platform because there’s not enough competition in the auction from other advertisers. There comes a point when pouring more money in doesn’t have any effect on how many people click on the ad, and that’s when agencies cap their spending and switch to another platform.

“Every brand I know wants to spend on Amazon,” said Alistair Dent, chief media officer at independent agency iCrossing, “but it’s where the U.K. [Amazon] ad business lags behind the U.S., where there are a lot more businesses competing and far more consumers with disposable income purchasing on the platform.”

For Amazon to tap larger ad budgets in the U.K., it’ll have to offer more branding opportunities for advertisers and address its reputation as an enabler of counterfeiters selling dodgy products — an issue that’s kept a lot of luxury brands off the platform, agency executives said.

To grow its ad business in the U.K., Amazon also will have to become more than just a performance marketing channel. As of now, advertisers are limited to providing lists of products for banners rather than eye-catching branding banners. Advertisers might spend more on Amazon if they could target customers based on what they’ve bought in the past, rather than what they’re browsing at the moment.

“As a brand owner doing a branding campaign, I’d want to target people who have a history of liking shoes — not necessarily for an immediate sale,” said Dent.

Amazon’s publisher services ambitions
Compared to its advertiser charm offensive, Amazon’s push into publisher services — its header and server-side bidding products — seems even more threadbare. Some industry experts believe these services were more of a byproduct of Amazon’s sprawling growth than an intentional plan, like that of its advertising business. Case in point: Amazon’s server-side bidding wrapper, which has been hailed as yet another attempt to rival Google, was originally designed to serve its own ads at super fast speeds, Dent said. At a time when publishers are looking to reduce page latency, repackaging its existing server-side wrapper to sell to publishers seems like a no-brainer.

Adding publisher products in a piecemeal fashion has kept Amazon from getting its U.K. publisher offering off to a fighting start, though, some industry sources believe. It launched header-bidding products several years ago, then in Europe rolled out its cloud-based, server-side header-bidding product via its Transparent Ad Marketplace. “It’s a lot harder for them to convince publishers to migrate everything for that reason,” said an agency executive.

Timing can be everything
U.K. publisher attitudes toward Amazon vary. Some, having been burned by the duopoly for years, are suspicious of getting too cozy with another U.S. tech giant, so they refuse to use Amazon’s wrapper, suspecting it won’t be agnostic with demand, given Amazon both buys and sells media.

Amazon has an edge over other ad exchanges because of its trove of first-party customer data, including shopping intent data. That makes it a compelling demand source for publishers and is why many are curious about testing TAM. So far, the platform has pledged a level of transparency on auction data that Google hasn’t, according to sources.

“Amazon [along with Google] are also not offering full log-level data, but at least make one hour’s worth available to publishers. This insight gives us peace of mind that the product is working correctly and in the interest of the publisher,” said a media executive, who requested anonymity.

Amazon may trail other platform giants in building an ad business, but its timing is auspicious. Facebook’s relationship with publishers is more fraught than ever. Publisher enthusiasm for Facebook’s Instant Articles has cooled, and Facebook’s ever-changing algorithm has led publishers to prioritize other distribution channels.

“With the death of Instant Articles and the fact Facebook has messed up with publishers, there’s a big opportunity for Amazon [with publishers],” said a different media executive, who also requested anonymity. “People are starting to believe that Amazon will work more transparently with publishers and agencies from now on.”