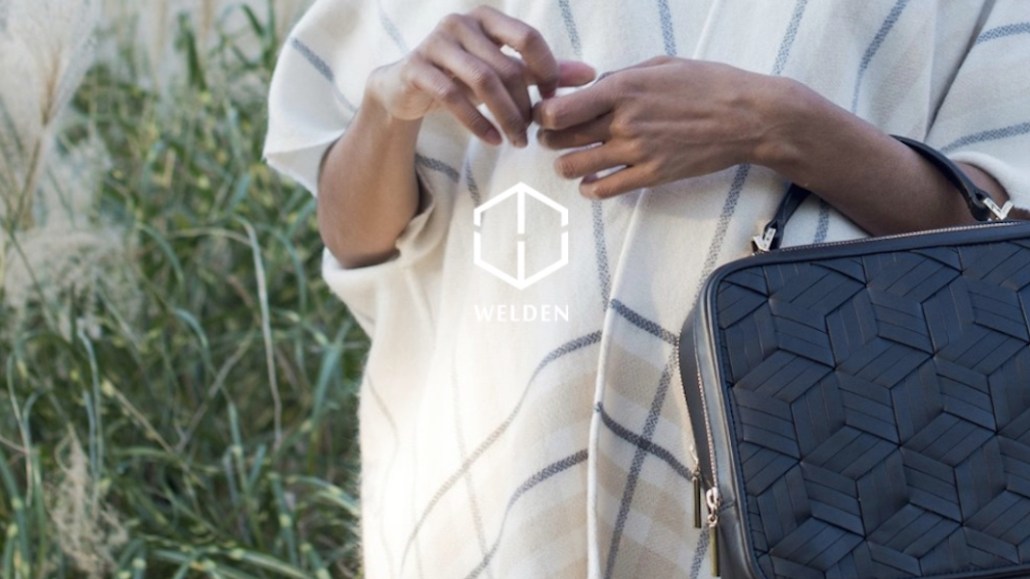 In China, e-commerce livestreams starring key opinion leaders (the equivalent of the Western influencer) have serious selling power on platforms like the Alibaba-owned marketplace Taobao. Now, these influencers are using the format to put smaller U.S.-based brands on the map in a market they otherwise wouldn’t be able to break into.

About 40,000 people tune in every week when blogger, former fashion designer and influencer Zoe Zhang hosts a new livestream featuring a product she has discovered. Of those 40,000, there is a group of 1,500 loyal customers who reliably purchase everything Zhang endorses over the course of a livestream, which lasts around two hours depending on how many samples she has to show. Sales aren’t made on a commission basis, rather, Zhang and Yuan buy products wholesale through brands and sell them at retail to consumers in China.

“We know them by name,” said Zhang, who noted that these highly engaged customers once ordered handbags through the livestream even though the selection of samples sent by the brand got stuck in customs, and all Zhang had to show of the product was an image in a look book.

Zhang’s show is centered around Western brands that are, so far, undiscovered in China. She got her start as an influencer blogging about small brands she’d find after moving to New York, where she currently lives. Taobao Global approached her when it was getting ready to launch its livestreaming tool in order to help recruit more international brands to the Alibaba-owned marketplace. When working with brands, she and Yuan act as the middleman to the Chinese customer: They plan a livestream and ask the brand to lock down an order of a certain size, and then orders are placed during the event. The brand then ships everything that was ordered through the Taobao Global platform, where shipping and delivery logistics are handled. So far, Zhang and Yuan have worked with 50 brands to sell their products through Taobao Global.

Scenes from one of Zhang’s recent live streams featuring Welden.

“What we’re doing is helping small- to medium-sized American brands that don’t have a lot of resources and can’t afford heavy investment in building a customer base in China, test the market in an inexpensive and risk-free way,” said Yuan. “The livestream is a 3D, interactive experience where the customer is engaged.”

When Zhang and Yuan first featured Welden, a small handbag brand based in New York, in a Taobao Global live stream in November, the brand sold $300,000 worth of products in five hours — around 1,000 bags total. Over the past six months, the brand has sold 3,000 bags to customers in China.

In China, influencer livestreams are becoming a bigger brand opportunity across social networks like Taobao Global, Weibo and YY. According to a report by Deloitte, livestreaming will drive $4.4 billion in direct revenue in China this year, an increase of 37 percent over 2017, and reach 456 million viewers. Big events, like Alibaba’s Singles’ Day commerce show and the Victoria’s Secret Fashion Show, drove direct e-commerce purchases from livestreams to the Tmall marketplace.

For young brands, working with people like Zhang and Yuan offers a leg up in a tricky market. Two years after launching Welden and spending a lot of money up front on marketing pushes that largely failed to drive sales, co-founder and former Kate Spade senior director Sandy Friesen decided to switch gears. Welden began selling its bags through retailers like Nordstrom, Farfetch and Shopbop to gain traction.

“It was impossible to scale as a direct-to-consumer brand,” said Friesen. “I dumped a lot of money up front, but I was competing with huge retailers, established brands and other small competitors. Unless you have a lot of investors behind you or hit a stroke of luck, it really feels like you’re just spinning your wheels and spending money.”

The brand hasn’t sought outside investment, because Friesen said it wants to grow “step by step.” Now, it plans to use the sales from its Taobao outlet to fuel growth in other regions. Customer feedback from the livestreams has also played a role in product development at the brand. In the first livestream, Zhang said she received about 3,500 comments from viewers saying they would buy the bag she was featuring if it came in red. The orders were placed for an item that didn’t exist yet and wouldn’t ship for another month, and Friesen got to work designing the bag in a new red shade.

“That exposure led to us stepping up our game, to be honest. The livestream customer pays attention and looks at things at an intense level of detail,” said Friesen.

Now, the pressure is on for the brand to establish itself on its home turf. Friesen said Welden has shifted its focus from direct sales to wholesale and boutique networks in order to drive faster exposure.

“We have to be just as big in the U.S., if not bigger,” she said. “They’re buying into an American brand, so we have to build here and work just as hard.”