‘The beginning of a giant industry’: An oral history of the first banner ad 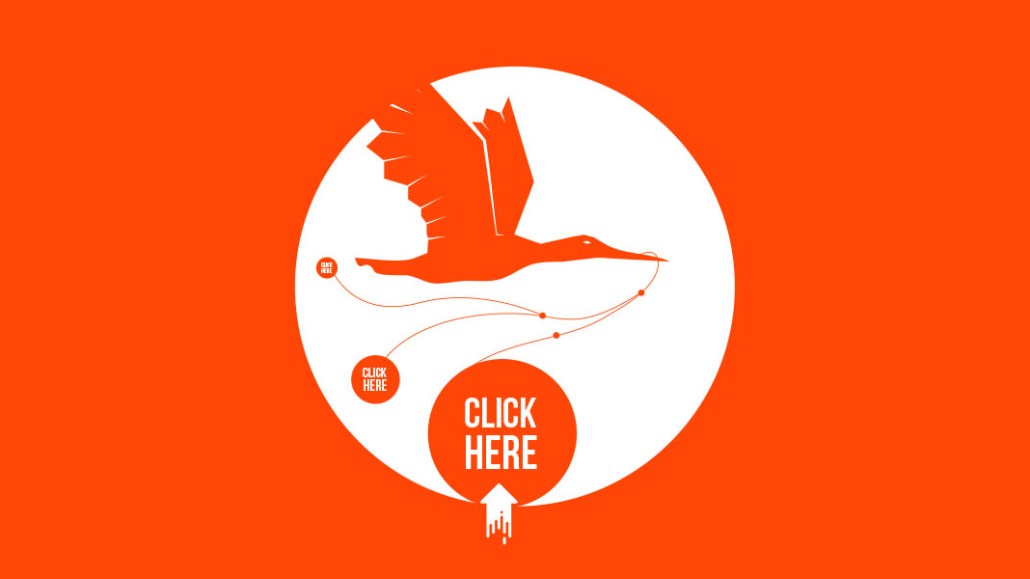 On Oct. 27, 1994, Wired magazine’s digital affiliate HotWired ran what later became known as the web’s first banner ad. And the internet has not been the same since.

Despite how much people complain about online ads, the business models of most websites still revolve around advertising. Advertisers will spend $16 billion on banner ads in the U.S. this year, according to eMarketer. Those ads will annoy users, but they will also help fund many digital publishers. While banner ads are now often seen as outdated, 20 years ago they were cutting-edge — and gave birth to the Web ad industry.

Here is the story of how the internet’s first banner ad came to be, from some of those who helped create it. Responses have been edited for length and clarity. Sources are identified by the title they had at the time when the ad was created.

Selling a new type of ad
The phrase “first banner ad” is a misnomer because HotWired simultaneously published ads in October 1994 from 12 different brands, including AT&T, MCI, Volvo, Club Med, 1-800-Collect, Sprint, IBM and Zima. Several of the brands worked with Organic, one of the original webshops. The purpose of testing the waters in this nascent field was simple and will resonate with any digital publisher today — to make money.

Jonathan Steuer, online tsar, HotWired: I was in the room when it happened. The conversation was about, “How do we come up with money to pay for this thing on the internet?”

Louis Rossetto, co-founder, Wired: People told us if you put ads online, the internet would throw up on us. I thought the opposition was ridiculous. There is hardly an area of human activity that isn’t commercial. Why should the internet be the exception? So we said, “Fuck it,” and just went ahead and did it.

Andrew Anker, CEO, HotWired: Wired was seen as the harbinger of the future. When advertisers asked us what the future might look like, we would talk to them about the idea of the internet. We told them to take a small percentage of their budget and throw it at the site, so they can say, “Hey, I’m smart, and I’m thinking about the future.”

Jonathan Nelson, co-founder, Organic: HotWired used the sales team at Wired magazine, and they went to major brands and said, “Hey, we will sell you real estate on this thing called the World Wide Web.”

Steuer: A page in the print magazine cost about $10,000. So we charged $10,000 a month for advertisers to have their ads run on a section of the website. We were selling to people who were used to magazine pages, so we wanted to talk the language of print.

Nelson: Advertisers didn’t really ask that much about metrics in the earliest days because the ads were a flat rate.

Anker: We made no traffic commitments whatsoever. We made everyone realize that we were just jumping in. We told them that the attention you are going to get is not just from people looking at the actual ad, but you’re going to get some press, too. The New York Times, Ad Age and Adweek ended up writing about it.

Steven Comfort, gm, Wired Online: Soon after the site went live the press started to run with marketing stories about the potential of the web and interest grew quickly.

The logistics
Any advertiser running a digital campaign today assumes they’ll have access to ad servers, measurement vendors and ad operations support. But these things didn’t exist in 1994, so the internet’s early advertisers had to figure out how to solve their newfound problems on the fly before they could serve their 476 x 56 banners.

Brian McCullough, internet historian: You got to remember how much everybody is making it up as they go along. From 1994 through 1995 is a fun period where there is no playbook, and everybody is just trying new things online.

Nelson: Bandwidth restrictions were a big deal with dial-up. An ad back then might only be 10 kilobytes. Because colors added to the size of the download, we’d even strip out colors.

Steuer: Initially what passed for web analytics was raw counts on the number of lines in the server log file. There were also no cookies then, or any other way to preserve session state, so the only ways we could know whether the same user was hitting multiple pages on the site was to make them log in or look at IP addresses as a proxy for users.

Anker: We parsed our website logs for page views and then emailed the advertisers. There weren’t any analytical packages available at the time.

Jim Speros, vp of advertising and marketing communications, AT&T: There was no A/B testing back then. And there was no real targeting since we only had rudimentary data about who was looking at the ads.

Anker: Without ad servers, we just hard-coded the ads into their respective section. Volvo ads ran in our travel section. AT&T ads ran in our section that reviewed new websites. We would just run their ad at the top of the section, and we’d allow the advertiser to change it out once a week.

Steuer: We got the Wired designers in a room, and we put the ads on a couple of computers and just sort of looked at the size of the ads relative to the screen. We wanted to run a strip on the top of the page that you could do something useful with, and we wanted to make sure the ads wouldn’t be too small that marketers would complain.

Otto Timmons, vp, Tangent Design: When we were working on the design of the AT&T ad, our internet went out. Then when we went to another location, my car broke down. A lot of interesting things happened that week.

Anker: Some of the brands didn’t have a website set up when they bought the banners. They’d send us brochures and magazine ads, and we’d work on creating a landing page for them.

The ads go live
After months of around-the-clock work, HotWired went live on Oct. 27, 1994. The first banner ads debuted with the launch of the site. Those behind the innovation celebrated in a manner that fit the times.

Rossetto: Finally, everything was ready, and the dozen-person team clustered expectantly around the server. Our engineer Brian Behlendorf threw the switch, and we cheered as the first traffic hit our site, which immediately crashed, but we immediately got it up again.

Nelson: I remember the moment the ads launched. We had a countdown, and on the count of zero, they launched. In some ways, it was anticlimactic because to launch the site and the ads, we just entered a command line of code.

Timmons: I was very tired when it launched. We were all tired because we were working around the clock. But we were happy to see the ads online.

Speros: To be honest, the experience of watching the ads load was like watching paint dry because there was no high-speed internet access. It was pretty cool to show these innovations, but it was a shitty user experience.

Rossetto: We had a celebration for the launch of HotWired in our old headquarters on the corner of Second and South Park [in San Francisco]. We took over the whole four-story building and held one of our legendary raves for everyone at the company, friends and business partners, including advertisers. It was a celebration of our own hard work and audacity and a relief that we had finally given birth after the hard, stressful labor.

Steuer: At the launch party, we all drank Zima, which was a terrible idea. We didn’t have a lot of food, but we had a shit ton of Zima.

HotWired’s influence
Several other companies were developing their own banners ads when HotWired launched its site. Those that released banners after HotWired improved measurement and made pricing more empirical. But HotWired still influenced those that followed it.

Nelson: At the time, it was just like, “Yeah, this is what we are doing.” I didn’t think it was the beginning of a giant industry.

Andy Batkin, CEO, Interactive Marketing: We worked on building banner ads for Yahoo. I think HotWired beat us by about 60 days. They were before us, but we created the CPM impression model.

Lon Otremba, evp, CNET: We ran our first banner in June 1995. We were the first to sell banner ads with guaranteed audience deliveries. Back then, there were no established pricing models.

Anker: CNET brought the world closer to the current model with rotating banners and audience guarantees. It was more of a performance-based thing for them.

Batkin: Banners were more like content back at that time. People were curious where the click-through would lead. Our click-through rates were 15 percent. But that soon started to drop.

Speros: After a while, people just tuned banners out. They are like wallpaper in the background. I think banner ads in general have lost a lot of their luster.

Timmons: It is one of the highlights of my career, no question about it. But 20 years later, online advertising should be a lot better. There is some innovation, but it is mostly like junk mail.

McCullough: Those first banner ads were forward-thinking and experimental. But it just reverted to this boring thing where everyone stuck a banner on top of their sites, and that’s why everything sucked for a while. Then, a couple of years later, you have the dot-com bubble, and with everyone getting rich overnight, hardly anybody was innovating anymore.

Rossetto: If I have any regrets, it’s that we didn’t file a patent for our invention. I’d be a billionaire today.