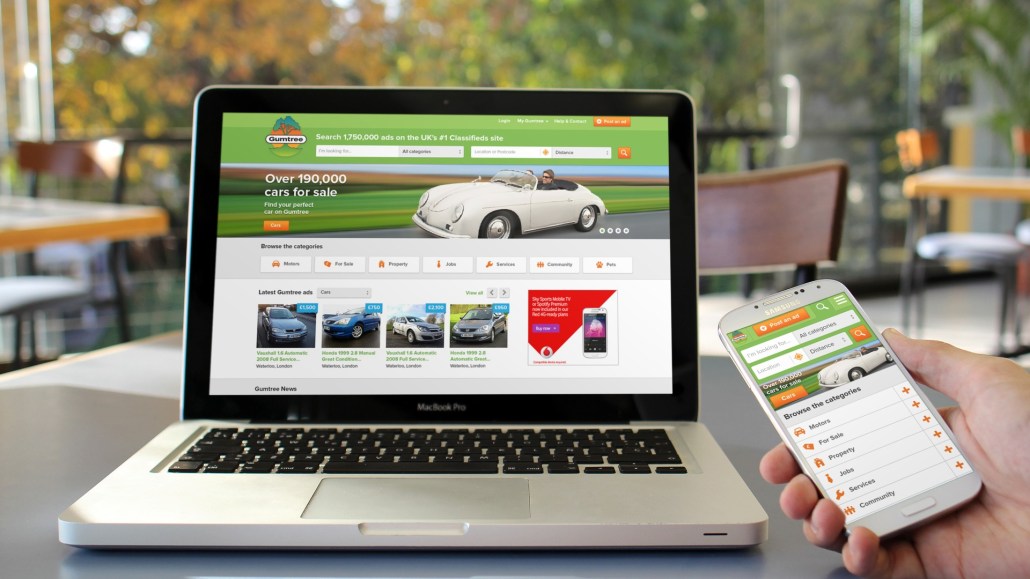 Leading British classifieds site Gumtree.com is rolling out its first major website redesign in nearly five years, but one member of its design team in particular proved most invaluable: its users.

The risk of a major site overhaul after such a long time was a worry for the company. Similar sites like specialist classified services site Loot.com, and even Gumtree’s own parent company ebay.com, stood to benefit from any missteps. So Gumtree decided to mitigate this risk by crowdsourcing the process.

For a site that claims to reach a fifth of the U.K. Internet population each month. So the site opened up the feedback process to as wide a pool as possible, resulting in more than 4500 survey forms and 42 hours of footage of user interviews, which have been poured over at every stage of the development process so far.

But not everything went smoothly. As soon as the company began opting users in to its beta rollout, it became clear not everyone loved the direction Gumtree was heading in. Page load times were up to five times greater on mobile, due to the page size difference between the new responsive site and the old, very light mobile website. The site’s users also said they hated some of the ads. The site earns its keep from a combination of standard display ads and paid placements from users, but declined to provide a breakdown of percentages.

“We rethought our assets, creating a highly responsive solution, optimized the page load and styles to help us get to a mobile load time which is now faster than the old mobile site,” said Melanie Yencken, the site’s lead designer. “We also ended up removing some of the ad spots for the new site because of user testing feedback. That’s quite an exciting thing for us as a business because it shows how user testing empowers us to make decisions.”

Some of the feedback from customers also went into new features for this responsive site, such as the ability to search ads with pictures only, search within the title and description, save searches and setup email alerts. This focus on the customer is also reflected in the company’s corporate structure. Gioia Manetti joined Gumtree in July as chief customer officer to champion the user data and feedback.

Modern development methods have long-emphasised the importance of thorough user testing, but extensive use of public feedback throughout the wire framing, designs, beta and the incremental roll-out makes this project unique, Gumtree said. The site is now on the last leg of its rollout, having released to to 10 percent of desktop users. All mobile users, who comprise 60 percent of its traffic, are on the new version.

“[We incorporated] the users in each stage of the journey such as because at the end of the process we wanted our users to feel ownership over that product that they have literally helped us to build,” said Yencken. “We’re seeing the results of this thorough approach come through as we roll the site out: page views are up and so are replies to sellers, so we’re delighted with the results so far.”