GroupM’s Brian Wieser: ‘Every brand should figure out how to be useful’ 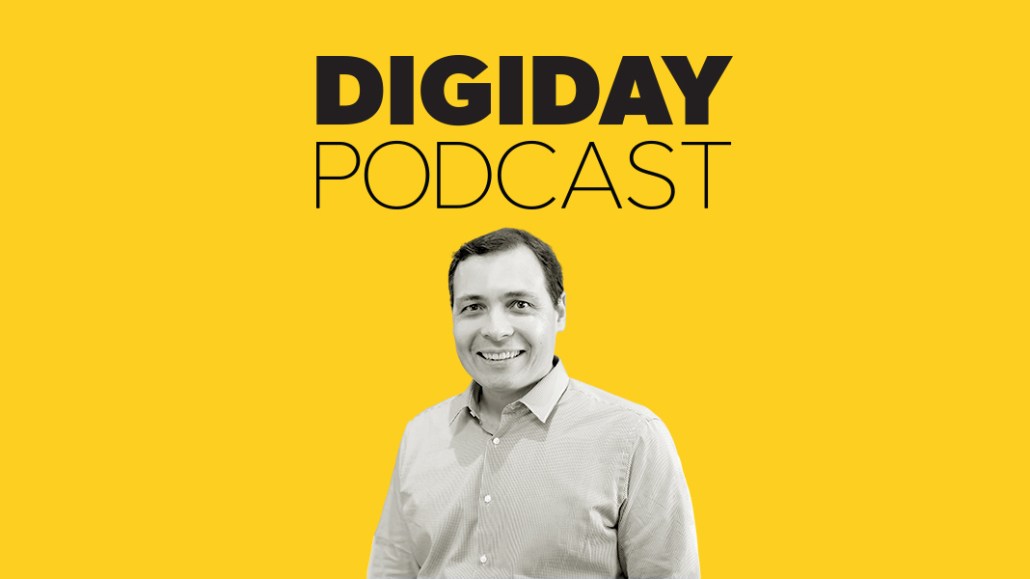 The coronavirus pandemic brings uncertainty to the advertising business as much as anywhere else, but GroupM’s Brian Wieser sees it as a chance for marketers to take action versus relying on slogans.

“Every brand should be trying to figure out how they could be helpful,” Wieser said on the Digiday Podcast. He pointed to GM’s exploration of its capacity to build much-needed medical equipment and luxury brand LVMH’s pivot to manufacturing hand sanitizer for hospitals. Or think back to the financial crisis, when Hyundai rolled out the “Hyundai Assurance” program that delayed car payments for those in a tight spot.

If companies act uprightly and “want to talk about it and publicize it, they’re going to benefit from it from a goodwill perspective, from governments, from society, from consumers — whether they’re in the market or not,” Wieser added.

Wieser, the global president of business intelligence at GroupM, also sees in China a potential bellwether for the advertising industry’s looming challenges around the world — and the best case scenario for how this unfolds in Western economies.

Fourth quarter earnings — and guidance about expectations for 2020’s first quarter — by Chinese giants like Alibaba, Baidu and Weibo help with the math.

The upshot from those companies was a “20 to 30% decline in the relevant advertising-related line,” Wieser said. And because January was a mostly normal month, one can attribute that expected slide to just the two following months. That said, China is showing signs of getting its economy back on track after its remarkable success in combatting the virus.

Wieser joined the Digiday Podcast to discuss the three representative countries to model expectations on, why television will probably do better (“or at least less bad”) than other media and the big opportunity for businesses of all types to generate goodwill in the midst of crisis.

A lot hangs on what kind of bailouts we’ll see around the world
“The problem in figuring out exactly what the numbers will look like depends on a lot of factors. I mentioned all these issues before with respect to anticipating economic impacts in any given country. At the same time, different kinds of businesses are going to be impacted differently. A policy response in a country that makes sure small businesses don’t go out of business will have an impact that’s different than a country that supports their nationally-oriented enterprises or their large enterprises. So far that might be the path that we see between Europe and the United States.”

The Chinese bellwether
“China does provide something of a lens through which we can look, and the timing with which we can see what’s happened in China can give us a sense. Specifically, we know that Alibaba and Baidu and Weibo all reported their fourth quarter earnings and provided guidance around the first quarter (the dates matter, because it reflects a point of view that would have been accurate at that point in time). And what they conveyed was essentially 20 to 30% decline in the relevant advertising-related line. That was in the middle of the downturn, a couple weeks after the lockdown began. You can do some math backing out of what that meant for that month and what they were then assuming for the rest of the quarter, because you know January was mostly normal. We can see what the scale of the decline is in a country that goes through a lockdown, and that part has some certainty.”

How different sectors will fare
“Television probably does fare relatively better, or at least less bad, if only because budget commitments tend to be longer [and] nationally-oriented advertisers will tend to have more resources to keep going. Digital faces a couple challenges in that it’s more heavily-skewed toward small businesses. This is going to be true for the United States but also other countries. Digital will benefit from healthier e-commerce, though even there we can look to China and see e-commerce kind of declined in February, so it’s not totally immune. Outdoor almost certainly fares worse, because if advertisers don’t think that anyone will see their ads they’re unlikely to allocate resources that direction if they can avoid it.”

The goodwill opportunity
“Every brand should be trying to figure out how they could be helpful. You point to what LVMH is doing converting their factories from perfume into making hand sanitizer, GM willing to shut down automotive production to make ventilators… Every brand should be looking for ways to do something like that. And if they want to talk about it and publicize it, they’re going to benefit from it from a goodwill perspective, from governments, from society, from consumers — whether they’re in the market or not. I still remember Hyundai’s guarantee from 11 years during the global financial crisis that said ‘you lose a job, Hyundai’s got your back. Don’t worry about it.’ We’re still going to think about that for a long time!”