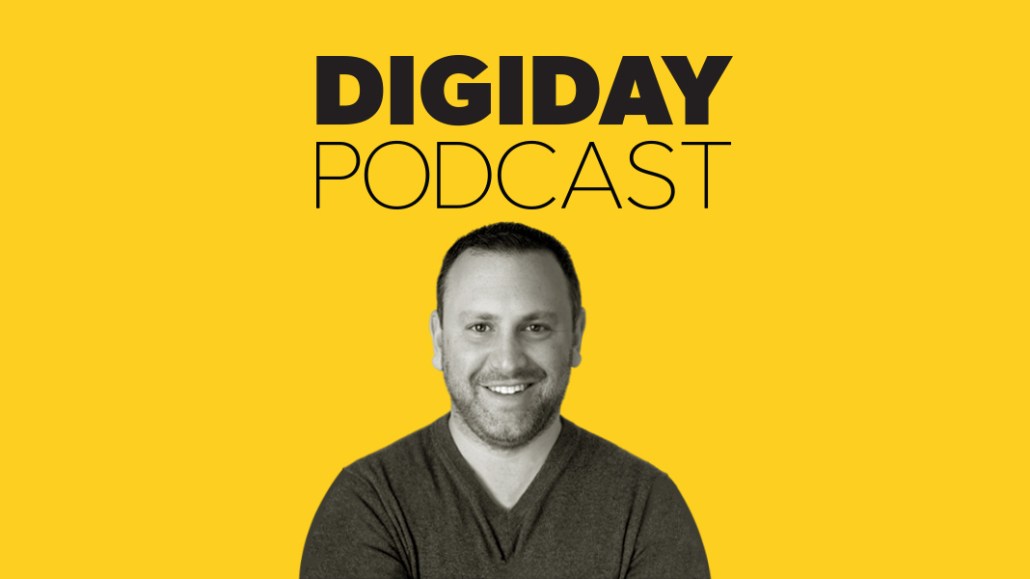 Geoff Schiller served as chief revenue officer of PopSugar until stepping into a similar role for Group Nine, the company that acquired it late last year. And some aspects of the two companies’ strategies remain much the same.

The PopSugar playbook was all about its verticals: “pets, finance, food, all the way through,” Schiller said on this week’s episode of the Digiday Podcast. “With how that scales across Group Nine, it works even better because now you have five brands to play with,” he said, referring to Thrillist, NowThis, PopSugar, Seeker and The Dodo.

Group Nine’s editorial emphasis on a young demographic and optimism seems to have rubbed off on Schiller as he goes about his work trying to diversify his company’s revenue streams, with advertising remaining a big piece of the pie.

Young readers “spend more time with us than anyone else in the entire competitive set,” Schiller boasted, referring to estimates the company has made based on Comscore research.

Schiller discussed how his media group is capitalizing on its name recognition to stage events and the way his company is diversifying its revenue sources beyond advertising, as well as competition between legacy media companies and young digital challengers.

Here are a few highlights from the conversation, lightly edited for clarity:

Legacy media’s has caught up with its digital challengers
“That narrative of [legacy media organizations] being behind is a 2-year-old narrative. And I’m not talking about restructuring, I’m talking about audiences. They were behind; they looked at digital pure plays, copied their playbooks, and I think they’re pretty caught up. So we have to consider them a credible threat to our business and try to take whatever share they have that is legacy and bring it our way.”

What’s possible with five brands
“The PopSugar playbook was through the lens of vertical — pets, finance, food, all the way through — and what we found is we were able to get deeper with clients and do the traditional ‘fewer, bigger, better.’ With how that scales across Group Nine, it works even better because now you have five brands to play with. You can go even deeper. You have to make sure you don’t lose the brand essence. That’s been a struggle particularly for traditional magazine media companies, and that’s why you’ve seen the ping-pong back and forth at the Condés and whatever in terms of ‘we don’t want to lose brand love; we want that to carry through.’ Our structure is set up so that doesn’t happen. We have brand marketers [who] are responsible for taking what they get from each individual brand, which has a brand president and chief content officer, and distilling that down for the marketplace for our salespeople to be able to go out there.”

Diving into experiential
“We do think, for example with NowThis, that there’s room for a dominant youth-oriented news brand to create live-event experiences that rival the Time 100s of the world that are really focused on an older consumer. We think there’s diversification opportunities across the portfolio, it’s really [about] what can we credibly do, what does the audience want and what’s monetizable versus a superheavy lift that might sound good [only] in theory.”