Google may have found its ad tech foe: Amazon 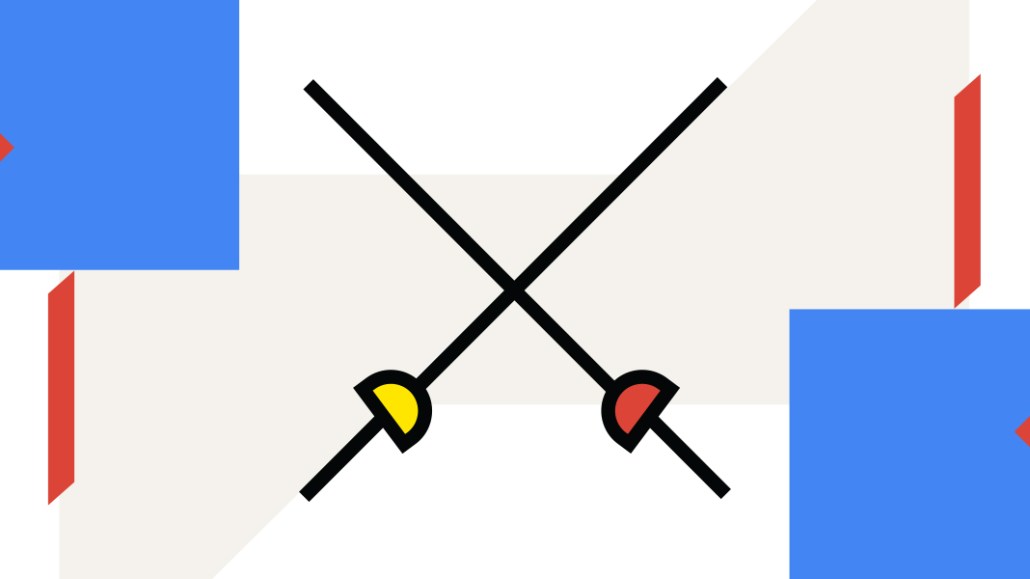 Google has fended off all-comers, but it may have found a worthy opponent in ad tech: Amazon.

In 2018, Amazon will continue to press its advantage with a key tool in how publishers provision their ad space. Amazon has a jump on Google with the presumed successor to header bidding, known as server-side bidding, according to ServerBid. Meanwhile, Google has yet to release its own server-side product to the open market. That promises to help pry open Google’s dominant position in the display ad market in 2018.

Amazon’s demand-side platform is also cutting into Google’s business. Google’s DSP DoubleClick Bid Manager has been the most popular buying platform since the advent of programmatic. But by pitching agencies a self-service option, low fees and, most important, unique commerce and purchase data that advertisers crave, Amazon is catching up.

In 2016, Amazon’s DSP wasn’t popular enough for research firm Advertiser Perceptions to include Amazon in its DSP survey. But in its fall 2017 survey of 700 ad buyers, Amazon’s DSP tied Google for having the highest adoption rate among ad agencies.

Amazon is testing a new application programming interface for self-serve ads that will make its reporting and data segmentation more robust. This will help the company further scale its ad business to compete with Google. Most ad tech firms, which may offer superior plumbing but inferior data, simply can’t compete at this scale.

The unfortunately named Verizon brand Oath has the potential to create robust data sets to rival Google. But the blending of disparate Yahoo and AOL ad tech assets isn’t going smoothly, according to an ad buyer requesting anonymity.

“Verizon’s pitch to advertisers is way ahead of their engineering,” the buyer says. “But Amazon does have the engineering to back up its pitch.”

Other ad tech companies have the potential to challenge a specific aspect of Google’s programmatic business. The Trade Desk is growing rapidly, and it might one day overtake both Google and Amazon to become the industry’s leading DSP. But companies like The Trade Desk can only challenge Google in a given area, whereas Amazon has the potential to rival Google across its multitude of ad products.

Amazon’s ad business is growing 58 percent year over year, and the company reported ad revenues of $1.1 billion in its third-quarter earnings. For comparison, Google’s parent company Alphabet reported third-quarter ad sales of $24 billion. Amazon will further emerge as a threat to Google’s ad tech business in 2018, but it will take some time before the two are seen as equals.

“They’re not competing on Google’s scale yet,” the ad buyer says. “But everyone who owns Google stock should be looking at this. Their growth models don’t account for Amazon cutting in.”