Global Publishing Summit Recap: prepare for a world without cookies 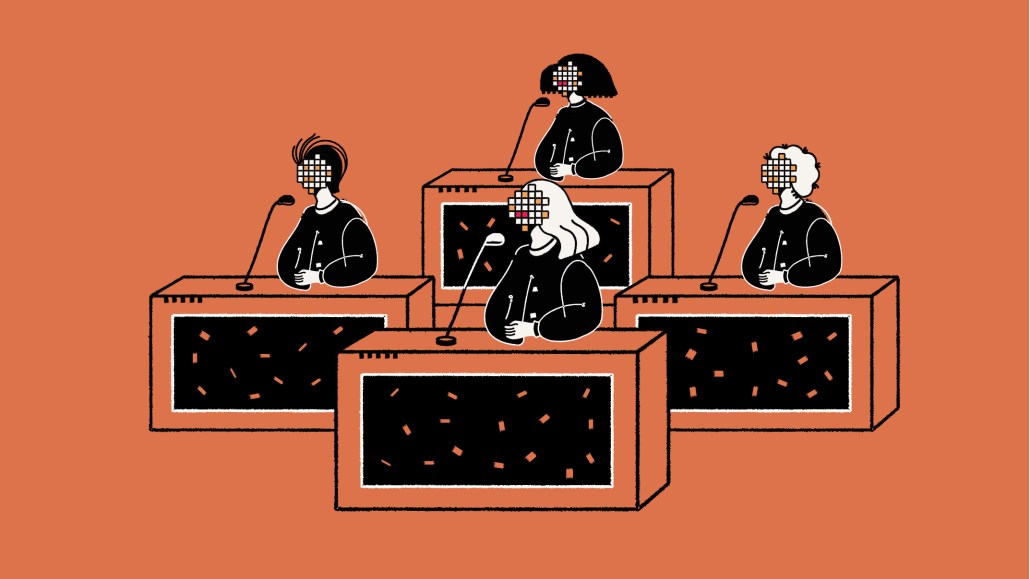 If you were listening in to our Global Publishing Summit on February 24-26, you’re probably still processing the wealth of insights, tips and strategies shared by all the speakers we heard from over the course of the summit.

If you weren’t able to attend, fear not: we’re here to distill the key talking points from three days of workshops, interviews, fireside chats and presentations by executives and thought leaders from world-beating publishers in Europe and the United States.

We heard about the strategies publishers had deployed to steer their organizations and audiences through the storm of the COVID-19 pandemic, and how those will inform the publishing business going forward. However, one critical theme that emerged from the Summit was that there’s no time to sit back and wait for life to return to “normal.”

Vaccines have raised hopes that we are moving toward the final phase of the pandemic, but an improvement in external circumstances will only expose a publishing industry in flux. The third-party cookie is in its death throes, and publishers need to act now to put robust first-party data strategies in place.

In video and television, the explosion of OTT and CTV has been a game-changer, and the money is following. The challenges ahead include standardization, streamlining and measurement. Meanwhile, publishers are redoubling their efforts to build and retain audience, and there are exciting developments in podcasting, e-commerce and much more to look forward to through 2021.

What publishers do in 2021 will chart the course of their business for the next several years, so now is the time to be proactive and energetic about tackling the challenges head on. After the year we’ve just been through, there are plenty of reasons to be optimistic. “We are a really resilient industry,” said Jason Tollestrup, vp, programmatic strategy and yield at The Washington Post. “I feel like every year there’s something that comes out in the marketplace that’s going to end advertising, and yet here we are, we’re still growing.”

The future of data strategy is now

The first months of 2022 will be the vanishing point for third-party tracking, and the switch could come as early as January. We heard one speaker after another reiterate that the time for talking is over — publishers have to get moving on finding the best solutions for their business. Building effective partnerships now will smooth the path toward life after cookies.

Publishers who succeed at building a strong first-party data troves will set themselves up for success in the post-cookie era. How they go about doing this is a matter for each publisher to decide. “There’s really no one-size-fits-all answer,” said Tollestrup. “It really depends on what type of publisher you are.” Subscription and newsletter models give publishers ready-made tools for authenticating user data. For publishers weaker in these areas, other strategies may be more apt.

Gathering first-party data effectively involves more than just throwing up a subscription form on a landing page. “There needs to be some sort of value exchange,” Tollestrup said. “Why is the user going to turn over their information to you, and what benefits are you are you giving them?”

Building robust first-party data operations will go hand in hand with consolidating consent and trust between publisher and audience. That’s a multi-pronged task, but in essence it’s about forming solid communities around media brands, and that’s a theme many of our speakers touched on during the summit.

Kristin Heitmann, chief commercial officer, global media and marketing solutions at The Wall Street Journal and Barron’s Group, said strategic partnerships are a key plank of The Wall Street Journal and Barron’s efforts to bolster affinity within distinct audience communities. “Ideally they are multi-year partnerships because that allows both us and the partner to build an audience, to build community,” Heitmann said. “It doesn’t work as well if it’s month to month.”

Capitalizing on the OTT and CTV Revolution

The pandemic triggered a major shift in the way viewers consume video and TV content, with subscriptions to streaming platforms skyrocketing through 2020. That will continue, says Andrew Tint, head of programmatic partnerships at DISH Media. “There is still massive movement from linear over to the virtual MVPD and the OTT ecosystem,” Tint said. “Our viewership went from 3.3 hours a day to 4.2, our uniques went up to 11 million. We are essentially growing at a pace that is eclipsing even what I think we had expected, 700 million avails to 1 billion.”

“We’re seeing growing convergence of buyers and sellers around optimization of both the supply path and demand path. Increasingly, it’s simply more rewarding for both parties to have fewer paths to purchase, and to build trust around collaborations,” said Ryan Kenney, vp platform at SpotX. “While the open marketplace is useful in some scenarios … those one to one relationships are really where the buyers and the sellers want to be,” he added.

Fragmentation in the OTT/CTV space is a clear inefficiency. There’s a lot of discussion around the consequences of fragmentation and a chorus calling for standardization of performance measurement, as well as murmurs around how the industry might consolidate further down the line.

Look for improvements in ad technology across all areas of publishing to push progress throughout 2021. The Washington Post’s Zeus suite serves as just one example of the kind of technology that empowers publishers to increase ad revenue, optimizing ad supply and also the speed with which ads are served. Buyers will continue to appreciate the kind of flexibility they were offered during the pandemic, and streamlined approaches to programmatic buying could be extended to other areas of publishing.

We heard from a number of leaders about the introspection — and action — that their organizations are undertaking to make their organizations more diverse and inclusive in 2021. Nobody is under any illusions about the shortcomings that exist in terms of opportunity, compensation and discrimination, but publishers are committing to a range of initiatives and projects inside their workplaces and externally to improve conditions for employees and to engage with communities who have often been overlooked or shut out.

“This is not a siloed HR initiative,” said Forbes CRO Jessica Sibley. “This has been a company-wide, top-down, bottom-up process. We’re listening and we’re learning, and we’re all committed to doing the hard work.”

The company’ strategy is focused less on quantity and more on producing talent-driven hits that appeal to distinct demographics. The Times is expanding its roster of shows led by star reporters like Kara Swisher and Ezra Klein, with its recent acquisition of the Serial brand a major coup. The trick is finding the optimal relationship between talent and advertising. The Times maintains a firm line that hosts will not do ad reads — instead, they are investing in a creative suite tasked with devising innovative ways of shaping ad messaging within podcasts.

In terms of alternatives to traditional advertising, publishers are harnessing e-commerce more effectively than ever, recognizing the role they can play as funnels serving a specific community’s needs. Catherine Levene, national media group president at Meredith, said affiliate e-commerce is a great fit for many Meredith brands, since they’re already in the business of serving recommendations and product inspiration. In contrast, Levene said, media brands are less suited to stocking and managing physical inventory.

Vox Media’s svp of e-commerce, Camilla Cho, gave us a deep dive into best practices gleaned from The Strategist’s Two-Day (Actually Good) Sale in summer 2020. Cho said the event was “tightly curated” to ensure it delivered genuine value to The Strategist’s audience. “We wanted to make sure there was going to be something for everyone and ensuring that this was going to be actually good deals, not just run of the mill 10 percent off discount codes that shoppers can find anywhere,” Cho said. Items were only included if brands were able to offer the product at record low prices, or at least the best prices offered within the year to date.

Both in publishing and elsewhere there’s a lot of buzz right now about Special Purpose Acquisition Companies, or SPACs. These investment vehicles are attracting interest because they offer publishers a less demanding path toward raising capital on the public markets than the traditional IPO route. Bustle Media Group founder and CEO Bryan Goldberg spoke bullishly about the prospects of SPACs for publishers like Bustle, particularly given that venture capital cash has been hard to come by for media companies in recent years.

However, Catherine Levene of Meredith warned that going public in any context imposes unique challenges for the publisher. “There’s transparency like you’ve never seen before, and you’ve got to grow, so the proof is in the pudding,” Levene said.

“Make sure that when it comes to February next year, don’t have some big project planned, because we’re going to have to all shift really quick when they decide to pull the lever.” — Jason Tollestrup, vp programmatic strategy and yield, The Washington Post

“What I see readers and advertising partners react to most positively is when we are willing to walk away from something in order to reinforce what our principles and what our mission is.” — Regina Buckley, president, Guardian U.S.

“What are the right cuts that are going to make sense for a YouTube environment that might make a seven to ten minute video? And then also what is the full length piece going to look like on TV? We’re really thinking about it cross-platform at the beginning, so that things don’t feel repurposed in a way that the user is going to reject it.” — Jean Ellen Cowgill, global head of new ventures and GM of Bloomberg’s Quicktake

“Around 20 percent of the U.S. population is Latino, and there’s a real issue of representation because definitely not even close to 20 percent of English language media reflects that reality.” — Romina Rosado, evp, entertainment and content strategy, Telemundo

The period between March and October 2020 saw an 800 percent increase in monetizable advertising opportunities in the smart TV space alone. SpotX’s Kenney shared that data point to draw attention to the enormous potential that exists in OTT and CTV advertising — and that that kind of aggressive growth could well continue right through 2021 and beyond.