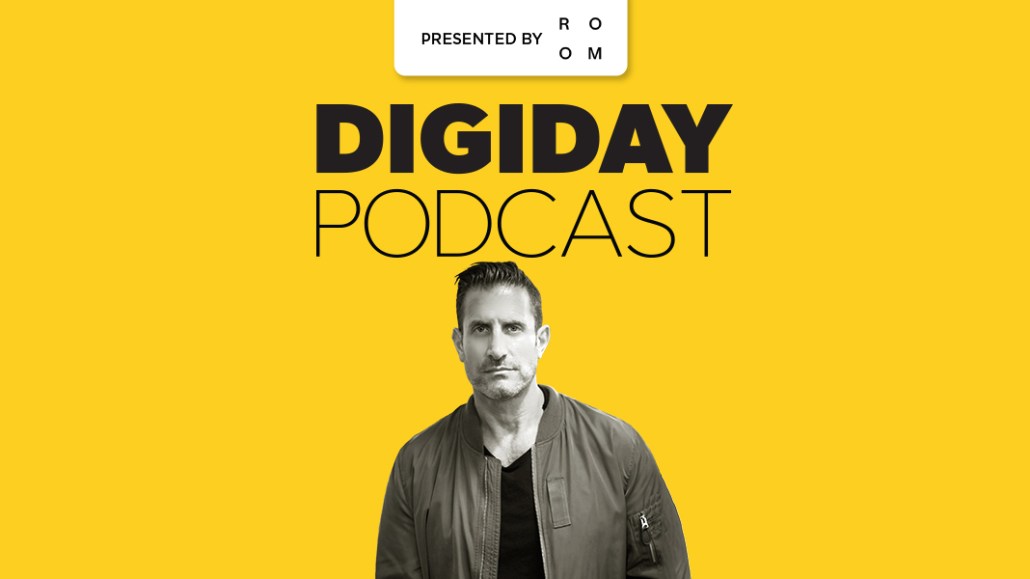 Gaming is often thought of as a subculture, but it’s just as dominant a part of youth culture today as music. For gaming companies, that means growth opportunities on par with MTV.

“Music might have been at its core, or might have been its origin, but at some point the majority of content that they made had nothing to do with music,” said Lee Trink, CEO of FaZe Clan, a gaming collective that’s part professional eSports teams and part creator network. “What [MTV] had was a relationship with the audience and they understood what that audience wanted.”

FaZe Clan boasts over 7 million subscribers to its YouTube channel, where its videos regularly top over 1 million views. It created branded content and also operates a merchandise store.

“We reach enough people that we are tantamount to a cable network,” he said.

Trink joined the Digiday Podcast to talk about FaZe Clan’s revenue streams, the brand’s signing its first (and for now, only) female member and what work is like in the Hollywood mansions these content creators all live in together.

Gaming as a whole is much more than just esports
“A lot of the content that we create are things that abut gaming. Gaming as a lifestyle, gaming as entertainment, which is really where the biggest action is. The buzzword is esports, but the broad audience is really in gaming rather than esports. Esports is a component of gaming, but we as FaZe Clan live in gaming broadly. We do a lot of the non-competitive stuff as well as the competitive stuff. So when you hear about all those huge numbers of audience that people are watching, even this 500 million plus view count, those are not numbers on the competitive professional side of gaming, those are the entertainment. People who are tuning in just to be entertained.”

FaZe Clan’s split business identity
“There’s a trio of things. We’re part traditional sports team — I’ll sometimes make the comparison to the Lakers or the Cowboys. We are a consumer brand — currently apparel, but we’re going to grow beyond that. And we behave often times like a Hypebeast brand or like a Supreme. And if you look at both the manner in which we do our apparel drops and the volume that we’ve done. The third part I often compare to MTV. We reach enough people that we are tantamount to a cable network. We have that much monthly viewership across YouTube, Twitch, Mixer, Snapchat, Instagram. We really are the voice of this community. We have set the tone and we’ve created content that the community overall really enjoys and we understand what this community is, the same way MTV spoke for that generation. Music might have been at its core, its origin, but at some point the majority of content that they made had nothing to do with music. What they had was a relationship with the audience and they understood what that audience wanted.”

What gaming changes about entertainment
“I spent 20 years in traditional entertainment. From speaking to other players in the traditional space, most of them don’t understand how to speak to this audience, which is why there’s so much attrition happening. They’re losing audience to YouTube because you’ve got content creators for this audience and they’re a fabric of that audience. What I’m looking to do in this next step is do more and do other types of content. I think we’ll have FaZe Clan films, FaZe Clan episodic… we’re going to do a lot more content in a lot more places.”

The revenue pie
“The four areas of revenue are esports, sponsorship and brand deals, merch and apparel, and content and publishing (the fifth that we haven’t started yet is touring and events, but coming in 2020 we’re going to turn that revenue stream on). They’re in the ballpark of a quarter [of the revenue pie each]. In the future I would guess that 50% of our revenue will be content, that’ll be the biggest piece of the pie. There’s no place you can go that has more connection to young males than something that we do, as far as one singular brand. We’ve got over 200 million in combined social audience. That’s a big fan base, and it’s an engaged fan base.”