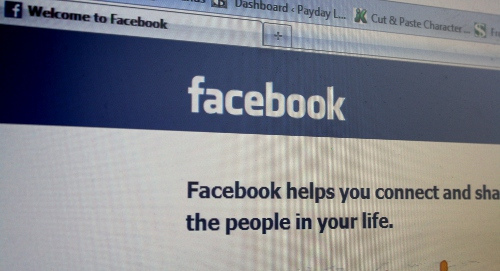 Negative Facebook Side Effects: Daniel Gulati, a tech entrepreneur in New York and co-author of “Passion and Purpose: Stories from the Best and Brightest Young Business Leaders,” has a very interesting piece in the Harvard Business Review called “Facebook is Making Us Miserable,” which details how Facebook is negatively affecting our work and personal lives. Gulati monitored how Facebook was influencing businesspeople’s lives and found overwhelmingly negative results. As Gulati explains, “It became clear that behind all the liking, commenting, sharing, and posting, there were strong hints of jealousy, anxiety and, in one case, depression.” The key issues that Gulati raises from his findings are that Facebook creates jealousy and constant comparison, wastes time and distracts us from real-life relationships. Gulati recognizes that quitting Facebook altogether is unrealistic, but he does recommend changing usage patterns to lessen these negative effects. HBR

Sexting Warning: Sexting is just never a good idea, but somehow people never seem to learn. Perhaps the popularity of this new site will convince anyone still flirting with the idea of sexting: Is Anyone Up? (NSFW). It’s a website where angry exes, frenemies and other generally spiteful people can submit nude photos from sexts they’ve received without the sexter’s knowledge or consent. Is Anyone Up? posts the nude pics along with the person’s Facebook, Twitter or Tumblr to further expose the exposed person. The site was started by 25-year-old Hunter Moore, and as this profile of him in The Awl depicts him, he is utterly unapologetic about the fact that he is completely violating people’s privacy on a daily basis (and making money off of it) in such a cruel and life-ruining way. Moore is unfazed by the many threats of legal action and even threats on his life. He is used to people pleading with him to remove images of themselves, but he never gives in. In fact, he often publishes these conversations on the site, too, to add the embarrassment. Check out the full profile on The Awl for all of the awful details. This is one of the really ugly byproducts of the smartphone and Internet Age. The Awl

Disorderly Planking: A 19-year-old was arrested for going on a “planking spree.” Yup, that’s right, after a week-long stint of planking all around his town of Mantiowoc, Wis., he was fined $303 and was convicted of disorderly conduct. Gawker

Video of the Day: Here is a Christmas PSA about a cause close to Rick Perry’s heart. Follow the link to watch the video. HuffPo