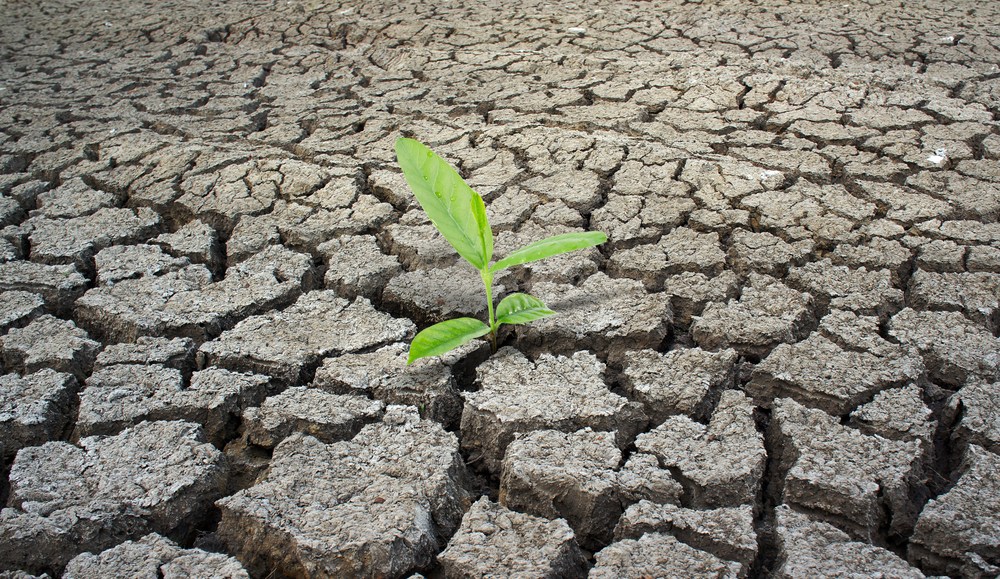 This is the new Facebook reality: Brands’ organic reach is decreasing, but publishers are having their content promoted for free.

Facebook has been urging mobile users to like publishers’ Facebook pages with posts that say “Get Interesting News” and look similar to app install ads. The below promotion is for CNN’s current “Chicagoland” mini-series, for example, and is similar in look to a Facebook app install ad. The CNN promotion is, in essence, a free ad. 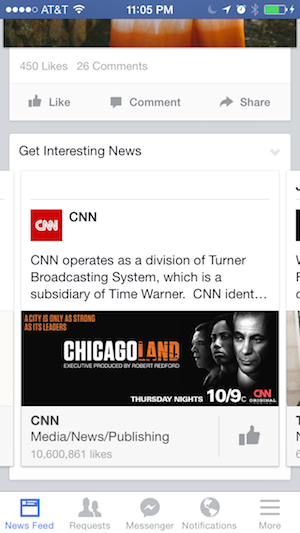 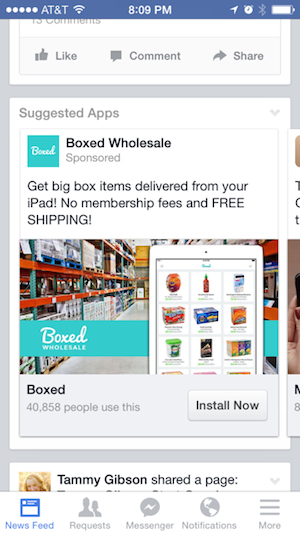 The promotions appear to be helping publishers accumulate likes. CNN added just 76,000 Facebook likes from March 10, 2013 to April 10, 2013, when its number of likes reached 4.6 million, according to Wildfire. CNN’s Facebook page exploded over the same month-long period this year, however, adding more than 1.2 million likes. Facebook ads work, even when they’re free for publishers.

Brands are left to wonder where the similar love is. Brands have recently seen their organic reach on Facebook decline, thus forcing them to pay to reach an audience they previously accessed for free. Facebook today even started to police spammy brand tactics like begging for likes. Collectively, Facebook’s message is that if brands want to experience the kind of reach that publishers are currently enjoying, then they need to create ads that are as compelling to Facebook users as publisher-produced content.

Facebook began promoting publishers’ Facebook pages in December, and it’s just one of the many ways Facebook is attempting to make users’ News Feeds less cluttered and more newsy. Last August, Facebook announced that it had updated its News Feed ranking algorithm to weed out “low-quality” posts and highlight “high-quality” ones. (How Facebook judges quality remains somewhat vague, however. Facebook’s definition of quality was derived from a survey of its users, which, given Facebook users’ predilections for vapid, click-baity publications, might skew Facebook’s interpretation of quality away from a more standard definition.)

While some low-grade publications may have had some fleeting success gaming the system, it’s clear that Facebook is committed to highlighting publishing in News Feed (for now). Several publishers experienced a significant boost in Facebook referral traffic last December, prompting Facebook to acknowledge that it was indeed putting more value in publishers’ stories. Facebook even reduced the amount of traffic it was sending to so-called “viral publishers“ and joined the growing ranks of mobile news app developers with its long-awaited Paper app.

But Facebook is not, however, running a traffic charity for the benefit of publishers’ digital revenues. Making Facebook a go-to destination for publisher-produced news — as opposed to news about users’ friends and family members — is largely a defensive measure against Twitter, the go-to source for instantaneous news updates (and jokes).

“A small but growing number of adults use Facebook to get their news,” according to Jill Sherman, director of social and content strategy at DigitasLBi. “Facebook’s new algorithm is favoring the most newsworthy, sharable content in the feed, so actively promoting media and publishers at no cost makes sense.”

Sherman, for her part, thinks this could open a new way to advertise on Facebook, and a new revenue stream for publishers.

“I wouldn’t be surprised if we begin to see innovations that allow brands to cross-promote with publishers in the Facebook feed,” she said.