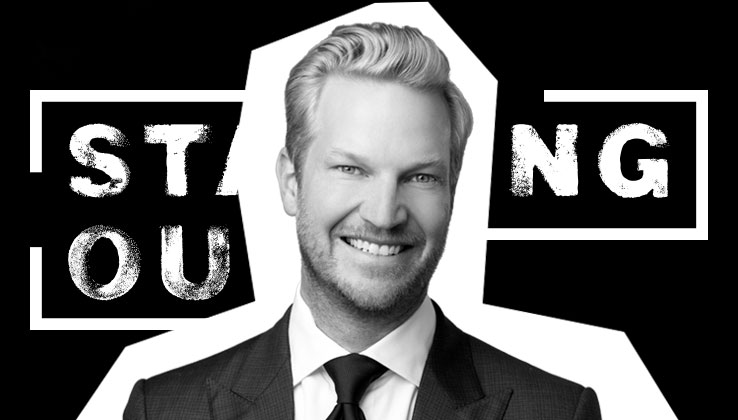 Christian Juhl is the global CEO at Essence. Juhl, who majored in political science in college, sees modern work as being inherently political — from running a company to building consensus and avoiding factions. On this episode of Starting Out, he discusses how he went from beginning his career during the dot-com bust to landing at a scrappy office at Essence.

If you ask my father, he would tell you my first job —  and when he knew I was born to be in some sales function — was in third grade. We lived next to a field, and on the way to school, I would catch lizards and sell them at school. The principal found out and called my parents to say, “You’re not allowed to sell things at school, and your son has been selling lizards.” That put an end to my short career as a reptile salesperson.

I got into UCSD [University of California, San Diego] and thought I’d be a doctor. After I took my first biology class, I realized I didn’t enjoy the sciences and subsequently was poor at them. So I quickly changed over to political science and fell in love with it. There’s an element to it that explains how the world is structured, why systems have grown up the way they have, the idea of communications, why rules exist.

I learned about systems and organizations, and how they relate to one another. Now, running a company that will have 2,000 people this year, you understand how consensus is created, how delicate it is, how important it becomes as organizations grow. It’s about learning to learn. I’m raising my son, and that’s what we spend a lot of time talking about, creating the muscle for curiosity.

I’d never been part of a massive growth organization. When I went over to [internet marketing company] USWeb, it was fascinating to join a company where you notice the small things every day. Happy hours every day after work, free meals, average age of the workforce being in the 20s. I’d love to say I was a visionary and saw the collapse [coming], but in hindsight, it was obvious. USWeb merged with [consulting firm] Whittman-Hart to become MarchFirst, this 10,000-person, uber-digital consultancy-agency. We had 2,000 people in San Francisco alone. It was a billion-dollar business.

As the clients started to fall away in rapid succession, I ran into [CEO] Rob Bernard in the hall, and I said, “Bob, I was on the earnings call, and things sound pretty rough.” He kept his hand on my shoulder, and he said, “Don’t worry. Ships this big don’t go down. We’ll be just fine.” A month later, we filed for bankruptcy, laid off three-quarters of the employees. You can’t imagine how terrifying it was. There were people who had families; they were having babies; they were denied medical benefits because MarchFirst hadn’t paid the premium.

I came to Essence with a lot of armor on me, protections you build up because you’re laying people off, restructuring. At Essence, they just haven’t had those challenges yet. I felt that within two weeks of working at Essence, I’d lost about 30 pounds. It was all just baggage that I’d built up over the last 15-16 years while working in companies that had many challenging moments. We’re cognizant and vocal about our mission. I hope that [the Essence staff continues] to realize that politics is inevitable as the company grows, but we don’t drive our decisions based on those. We drive our decisions based on our clients and the industry.