How The Economist Modernizes 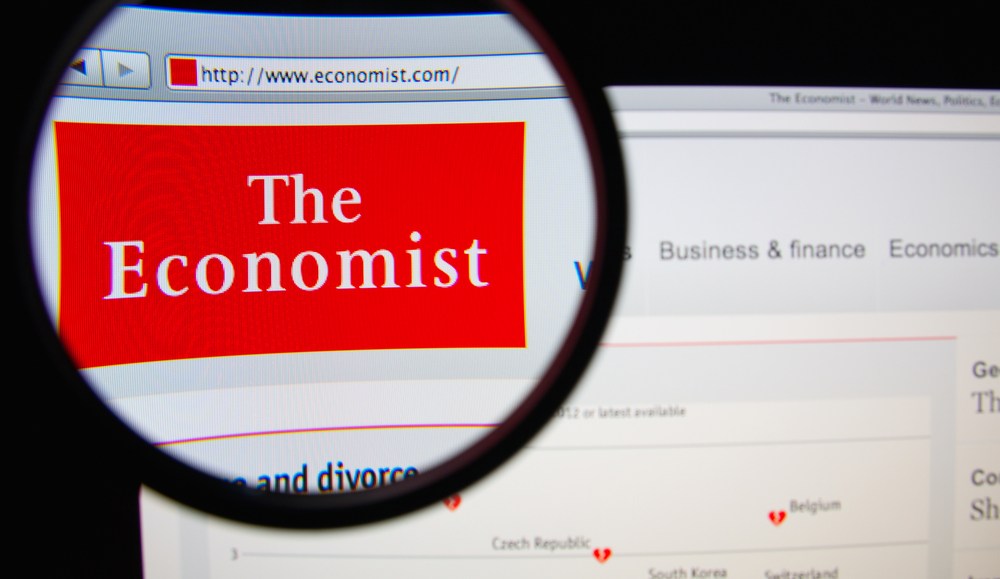 The Economist is a 170-year-old iconic magazine that is very set in its ways. It continues to refer to itself as a newspaper, write in a singular voice and forgo bylines nearly altogether at a time when personal branding is the norm.

And yet it too must modernize. The question for a publisher like The Economist is a familiar one: How does it protect its legacy, both in terms of the brand and its business model, while diversifying its offerings, both in terms of content for its audience and ancillary services for advertisers. That’s meant starting a content-marketing arm to create native advertising, churning out up to 200 pieces of content a week, and  embracing social tools and platforms to become more accessible to readers and creating shareable content.

Audra Martin, vp of advertising at The Economist Group  in London and a speaker at the upcoming Digiday Publishing Summit Europe, June 2-4, in Barcelona, Spain, spoke to Digiday about  The Economist’s digital focus, its approach to content marketing and what she thinks of BuzzFeed.

Read her edited and condensed answers below, then jump over to our event page to check out the conference agenda in more detail.

What has going digital made possible for The Economist?
We expanded that online content a couple of years ago. We doubled the amount of content we were producing a week to between 150 and 200 pieces across everything. What digital has allowed us to do is to convene audiences who are interested in specific areas: people who are interested specifically in what’s going on in Eastern Europe or Southeast Asia or more specifically in the technology space. These are things we covered in a general way, but wouldn’t have had the column space within print to do as much.

What are you offering in terms of content marketing?
A couple of years ago, we also introduced a separate white label team completely separate from our Economist editorial team who also could create branded content that could sit either within our environment labeled sponsored content or also sit within our client’s environment, and we’ve had clients interested in both of those opportunities. About three and a half years ago, we launched Ideas, People, Media out of the U.S., and now it’s expanded into other parts of the world. It’s a very small publisher network of other publishers who have similar audience stats; they’re in our ad network. And we also acquired a PR agency called TVC. And that was to make sure we have a full portfolio of capabilities that we can bring to clients in terms of the services that we can offer them.

Do you find that content marketing works globally?
The tick-up has been in the U.S. initially. That’s where the interest has been, but we are starting to see clients in Europe more and more interested. We have done a few programs for clients out of Europe. There’s some interest in Asia, but I think in terms of how that business will take off, there’s a little bit of time there in terms of interest and willingness to spend the money.

What works best for The Economist when it comes to social?
We do a lot of maps and explainers that seem to get a good response. This is content that’s gotten a good response on our own site. We have a blog that we launched last year called “The Economist Explains,” which every weekday we talk about a question and explain the answer in four paragraphs, keeping it short and sweet to give you something clever that you can take away. And that type of explainer content seems to work really well in the social space. Whenever we can bring that type of short, sweet, informative but almost a little evergreen information to readers, I think that’s been pretty popular.

How do you feel about BuzzFeed covering current events?
In a lot of interesting ways, BuzzFeed is bringing important matters forward using entertainment, using different ways to reach different audiences, which I think is fantastic. The more people who are interested inwhat’s going on in the world, the better. We have a tradition of irreverence and wit and, not listicles, but there’s definitely an appreciation for that type of approach for a whole variety of topics. Obviously we wouldn’t take the same approach as BuzzFeed or Vice, but it’s a detraction from what we do. It’s additive.