‘The Most Interesting Man in the World’ checks in to Foursquare 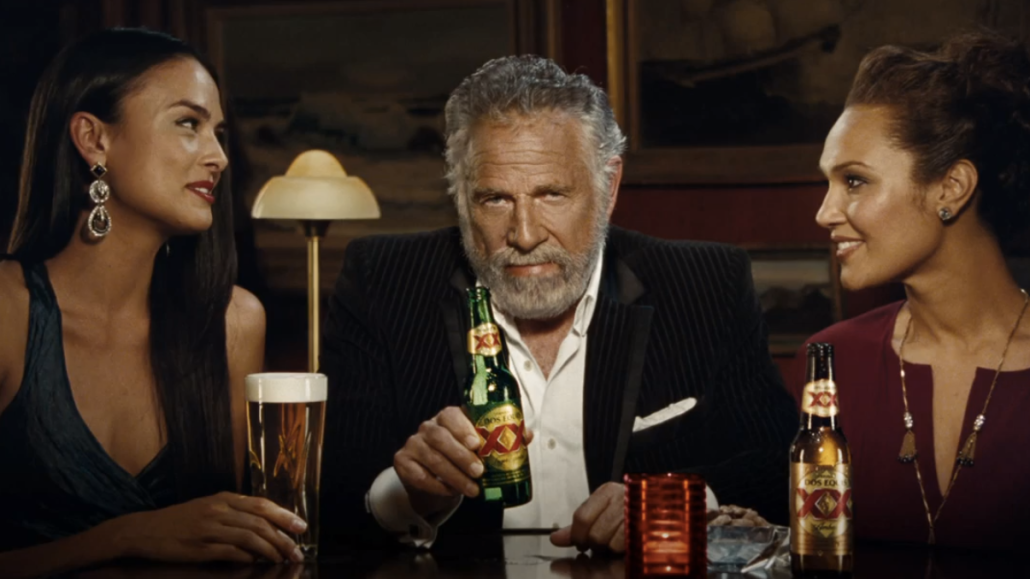 If you’re a fan of the Most Interesting Man in the World, you can now track him down in the flesh. The Dos Equis pitchman has joined Foursquare and is now doling out enigmatic merchant recommendations.

Dos Equis has brought its popular character to Foursquare in a first-of-its-kind advertising play for the mobile platform. The campaign has the bearded socialite handing out advice on people to meet and places to see across four continents — each tip adding to The Man’s mystique.

The best tailor west of the Mississippi River is a Tibetan man who works in San Diego mall, according to The Man. In Novemeber 1961, The Man fell in love on a beach in Rio de Janeiro but hasn’t seen the woman in years. The Man doesn’t wear skinny jeans, but if he did, he’d do so in Brooklyn Bridge Park. (The campaign started on Monday, with some of the tips antedated to tell The Man’s lifelong travails.)

The character — who is played in the commercials by actor Jonathan Goldsmith — has left 156 Foursquare tips as of this writing, all of which are written in his signature patter. The tips read like the one-liners posted to Dos Equis’s Twitter feed, except they are location-specific, as is the nature of Foursquare.

His beard qualifies for a deduction.

Dos Equis does not have an official Twitter account for The Most Interesting Man in The World. There are, however, at least 20 parody accounts for The Man.

The campaign is a first for Foursquare, and one that opens up both a potential new revenue stream for the platform and a new way for brands to play on Foursquare. Rather than just serving consumers display ads after they check in or tempting them with deals, brands can now pay to bring their mascots to platform, although Foursquare declined to disclose the financial details of the deal.

“We’re always looking to collaborate with brands on unique and innovative campaigns, so you can expect more types of things like this in the future,” a Foursquare spokesman said in an email.

Unfortunately for Foursquare, though, not every brand has a pitchman who is as charismatic as Dos Equis’. Maybe the Charmin bear could give Foursquare tips on the best public bathrooms like with its Sit or Squat app.

Foursquare started to scale its ad business last year in the face of scrutiny about the company’s future. It rolled out several new ad products — like ads after check-ins, which were first deployed by beverage brands like Captain Morgan — and licensed its check-in database via ad tech company Turn for ad targeting on other platforms. Foursquare reportedly earned approximately $20 million in 2013, although the company would not confirm that figure or comment on how much revenue is projected to grow this year.

Another vindication for the company came earlier this year when Microsoft announced it was investing in Foursquare and striking a licensing deal with the company to use Foursquare’s location data to power Windows’s mobile operating system and Cortana, its personal assistant app.

Still, there are questions about Foursquare’s user growth and whether it can be an effective advertising platform for brands. Foursquare’s number of unique visitors in the U.S. was slightly higher in February 2014 (9.2 million) than the same month the year before (more than 8.9 million), according to comScore. 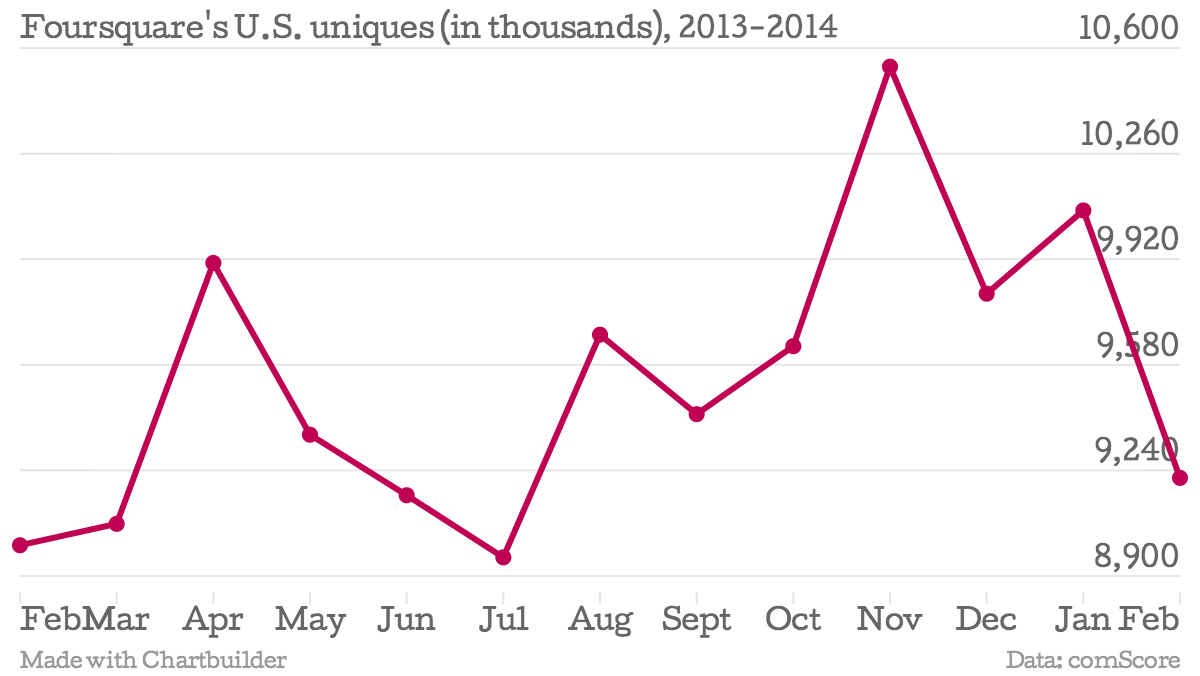 Heineken must see something in Foursquare, though. The company, which owns Dos Equis, started a campaign in February to target U.S. consumers who watch European soccer. Now, they are paying to bring The Most Interesting Man in the World’s voice and visage to Foursquare.