Digiday’s “Research in brief” is our newest research installment designed to give you quick, easy and digestible facts to make better decisions and win arguments around the office. They are based on Digiday’s proprietary surveys of industry leaders, executives and doers. See our earlier research on the pivot to video here:

At the Digiday Publishing Summit Europe in Berlin last month, we surveyed European publishing executives to compare their monetization strategies with those of their U.S. counterparts. 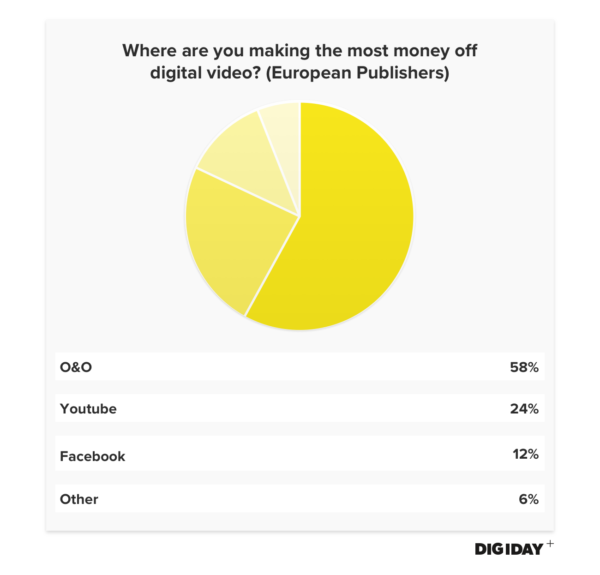 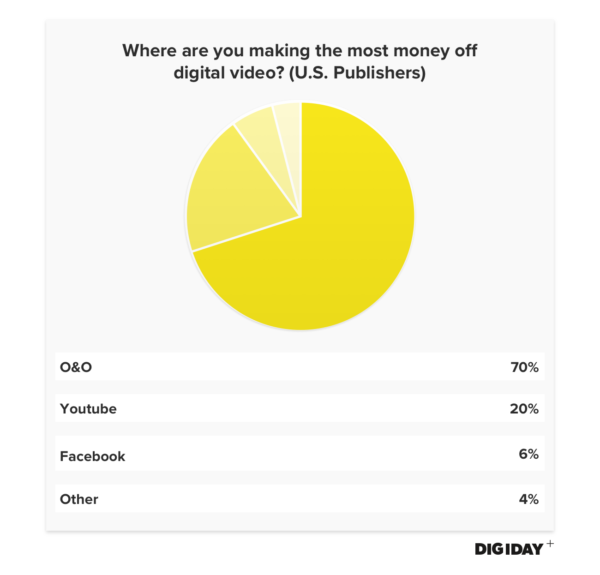 European companies faced with the upcoming enforcement of the General Data Protection Regulation are incentivized to have a more diversified income model. No one knows exactly how the GDPR will be enforced, but top concerns among European publishers were losing audience data and declining digital revenues.

These concerns go hand in hand for European publishers, especially if readers decline to give consent for their personal data to be used. Less audience data could make it harder for publishers to target and determine the value of viewers, depressing the value of their digital inventory.

Although major platforms aren’t free from the same concerns, they do have the advantage of scale to compensate. Publishers might feel that in the post-GDPR era, monetizing through revenue-sharing agreements with platforms and amassing video view counts is a safer strategy. Users might also be more likely to share their data with a few major platforms rather than a plethora of individual sites.

There will be losers when the GDPR is enforced in May. European publishers were equally split on whether distributing content to platforms is a viable monetization strategy.

Publishers’ status quo could change even before GDPR enforcement. Facebook holds considerable influence over publisher view counts, with dozens of publishers experiencing declines in their video view counts on the platform earlier this year. Facebook’s changes to its news feed algorithms, especially if they bring publishers’ organic reach to zero percent, could make the most impact on U.S. and European publishers.