At the Digiday Publishing Summit Europe in October, we had the unique opportunity to compare U.S. publishers’ video strategies with that of their European counterparts. You can read our full breakdown on the U.S. publisher pivot to video here.

After surveying 35 publisher executives in Europe, one trend stood out. European publishers are pivoting more aggressively to video than publishers in the U.S. 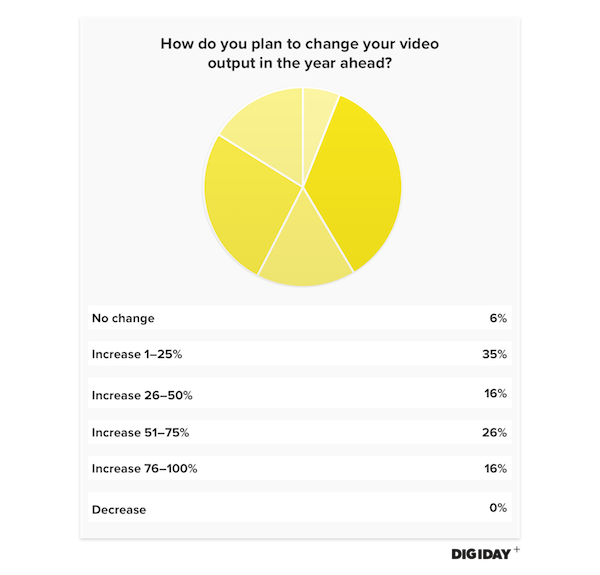 Publishers chasing video for the increased ad revenue is a well-established trend. However, unlike U.S. publishers, European publishers have a much shorter deadline to make the pivot to video. With the looming enforcement of the General Data Protection Regulation, Europeans face losing valuable audience data, which will likely damage digital ad revenues. It could be that European publishers are pre-emptively adopting video to soften the blow of GDPR enforcement.