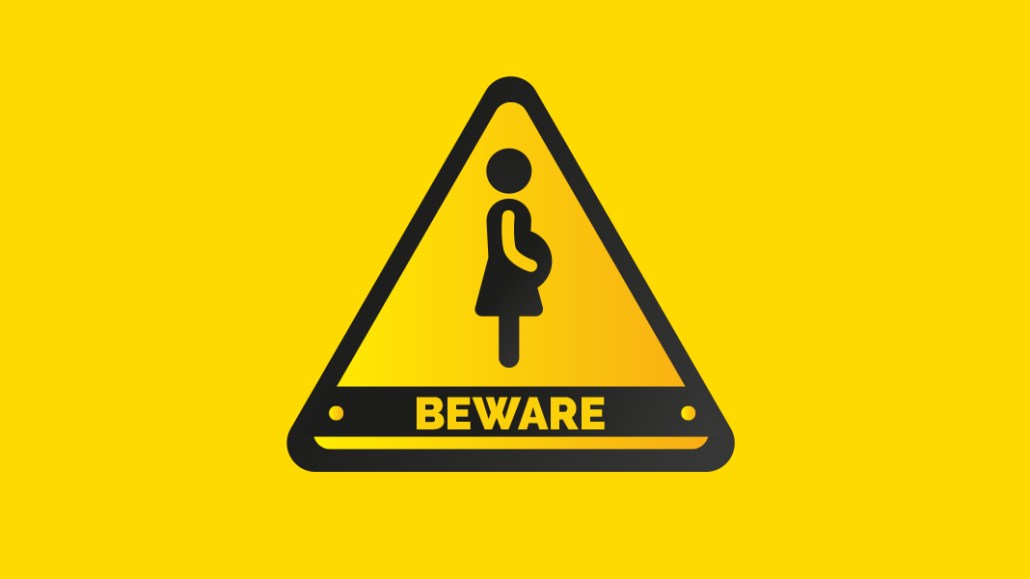 Last year about 33% of U.S. employers offered paid maternity leave, which represents a rise from 16% a decade ago, according to data from the Society of Human Resource Management.

And some major publishers have changed their policies recently. As of Jan. 1, The Washington Post expanded its paid parental leave policy from four weeks to 20; this matches the practices of The Wall Street Journal since 2017. The New York Times offers 16 paid weeks, while the Boston Globe offers just 10 weeks.

These numbers are just some of the results from Digiday’s new survey exploring publishing culture, work life and benefits. When the results were broken down by gender, they illustrated at least one interesting contrast. 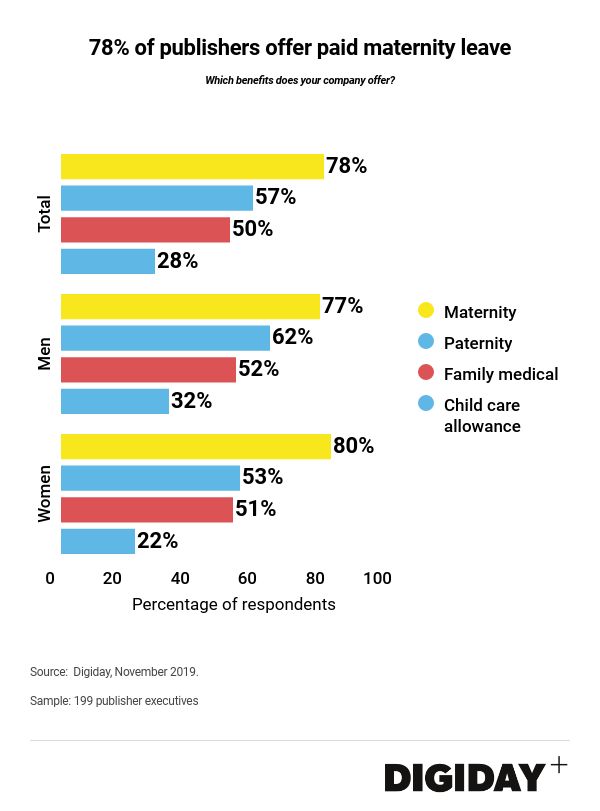 More female respondents than men surveyed said their employer provided paid maternity leave — 81% compared to 78%. This suggests that women might be likelier to work at companies where paid maternity is offered.

Other national and global research has shown that without paid parental leave policies, female labor force participation drops. Paid maternity leave essentially encourages new mothers to return to work after having a child. A study at Google found that after the company increased its the length of its paid maternity leave, the attrition rate for new mothers there dropped 50%.

About 27% of the publishing employees surveyed said they receive an allowance for child care or have subsidized child care available at their workplace. In addition, almost half of the respondents receive a discount for a gym membership and 38% said their company distributes free snacks.