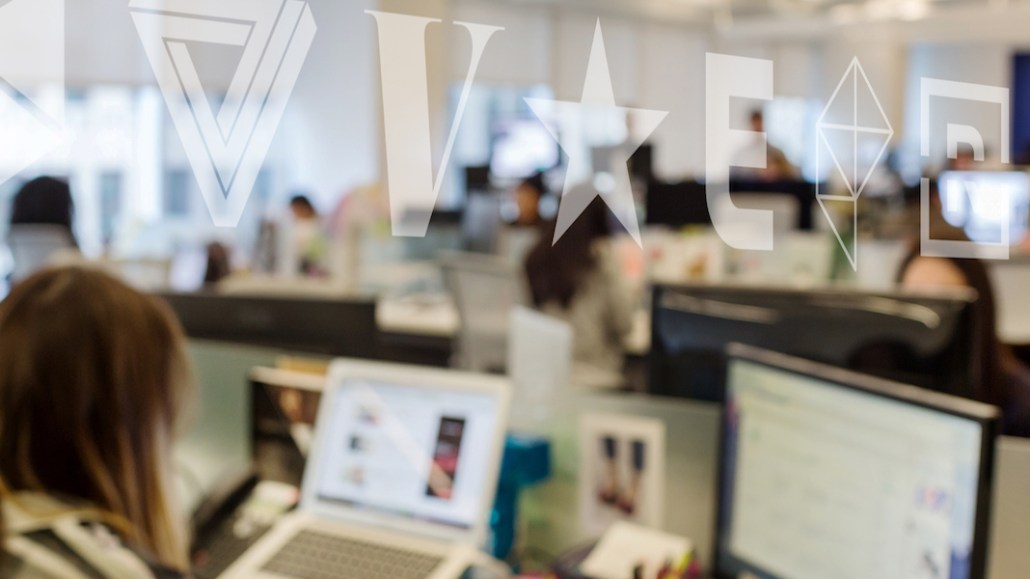 Buying traffic on social media is a common way for publishers to make good on clients’ branded content campaigns, but it eats into profits. Vox Media has shifted its branded content distribution on its own sites with the help of a tool it built in-house.

Vox Media started using the tool called Creative Intelligence to A/B test ads about a year ago. Initially, the tool was used only on native ads that Vox Media built, but it is now being applied to the rest of the publisher’s proprietary ad units.

The tool works like this: A person building an ad in Vox Media’s ad-creation platform Hymnal can upload three different headlines, images and copy, which will spit out 27 unique versions of the creative. About 20 percent of the ads on Vox Media’s websites are created with Hymnal, and it isn’t unusual for the platform to create thousands of variants of the same ad, said Emily Smith, senior manager of campaign insights at Vox Media.

The various creatives are then tested across several demographics using Creative Intelligence. Campaigns then use the ad creatives that drive the highest engagement for particular demographics. For example, if a red background image drives a high click-through rate for men in their 20s, then these men will see a red ad background even if other demographics are being served ads with purple backgrounds.

More than 90 percent of publishers buy traffic on Facebook to fulfill their branded content campaigns, said Kunal Gupta, CEO of native ad platforms Polar. Across about 400 publishers, spend on buying traffic for branded content has roughly doubled year over year, according to Keywee. Vox Media said automating A/B testing reduced its reliance on buying traffic in this way, but wouldn’t say by how much.

The tool can get highly specific. Vox Media was able to use audience data to separate hip-hop fans from other people who regularly consume content about music for a campaign it was running for an entertainment brand. Changing the headline and imagery of the branded content served to hip-hop fans led to a 171 percent increase in the length of time that hip-hop fans engaged with the content.

Manually A/B testing the ads to find the right combination for hip-hop fans would have taken months, but with the automated process, Vox Media fulfilled this campaign in two weeks, a company spokesperson said.

“We are able to simultaneously test A through Z and not just A/B,” Smith said.