Challenge Board Confessions: Publishers get real about platform challenges

Being a publisher today is grueling work. They’re struggling with monetizing on social media platforms, distributing content widely while keeping costs down, turning visitors into paying audiences, to name just a few challenges.

On Day Two of the Digiday Publishing Summit in Key Biscayne, Florida, we asked participants to share their biggest difficulty, granting them anonymity in exchange for candor. Here’s what they told us: 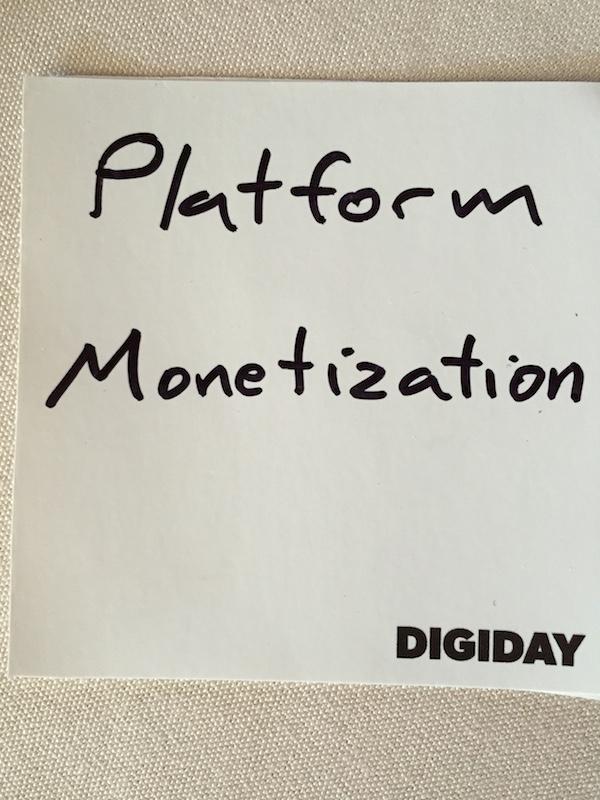 Split personality
“The challenge is how to ensure you’re focusing on monetization in a world of increasing platforms while still trying to innovate in your core in a way that insulates you from platforms. How do you go out there and pursue it with limited resources. How do you tell people it’s important to optimize for Facebook while telling people you need to pull them into your own site? It’s contradictory messages. It’s hard to optimize for both.” 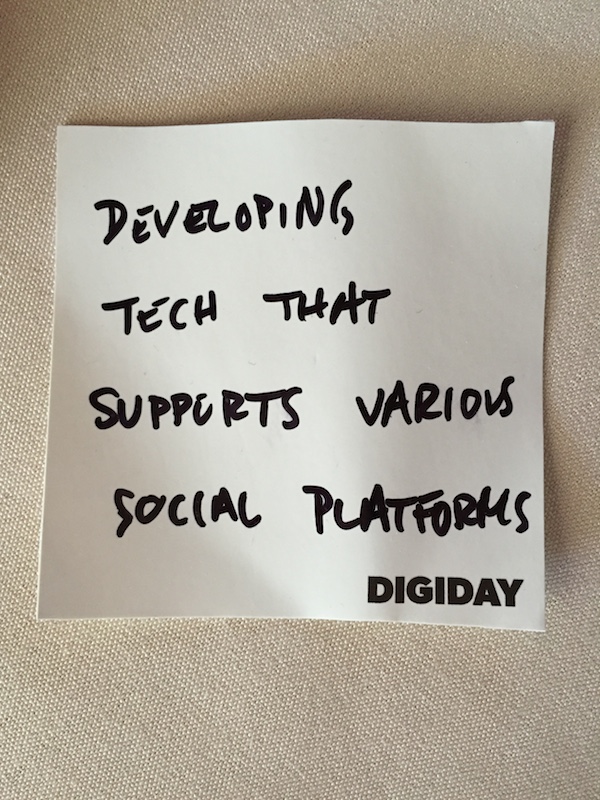 Distribution pains
“You see lot of technology companies build on an ecosystem that was equal for everybody, the web. But when you’re trying trying to build technology for different platform, some or more closed, some are more open. All the platforms are trying to blend a little together — Snapchat’s doing video, Instagram’s doing video — but they’re still ecosystems, different APIs, different data. You have multiple formats so it’s a challenge, it’s not a one-size-fits-all. That makes publishing harder today. It’s a real investment to handle the new norm.” 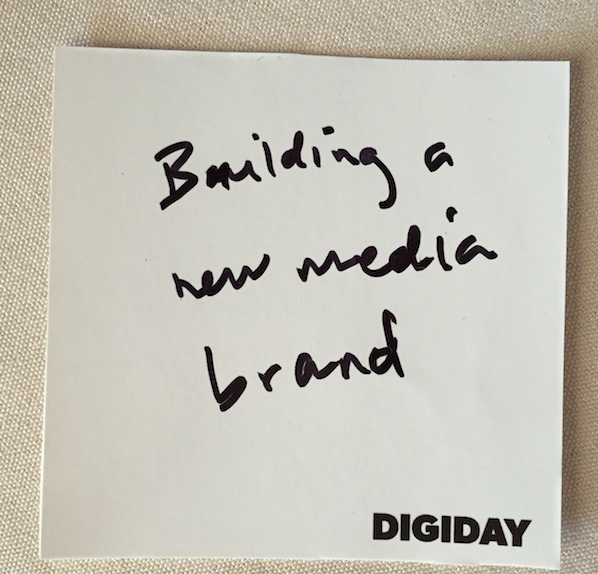 Fighting the big guys
“How do new media companies build a brand that would rival the New York Times or AOL? All these new digital media companies have been able to build audience faster than their brand. How do you get the brand recognition to catch up? And how do you know when you’ve hit that? What does it mean? It’s a challenge for ad sales and any kind of direct traffic.” 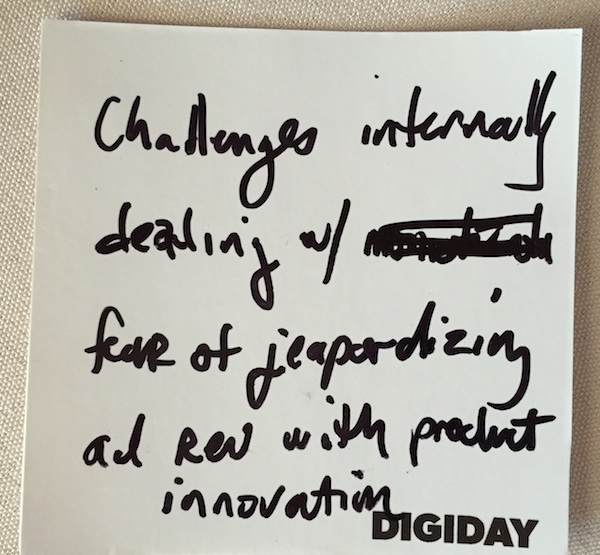 Gun-shy bosses
“With industry changing so fast, there’s a fear, especially with larger organizations, of disrupting revenue models. There’s got to be a diversification. And it affects approvals and how products are developed. Last year we launched a lot of new products and that was great, but what I see is the lack of success on one will have an impact on the success of a product that’s being developed. We’re spreading resources too thin and not focusing enough on making the one thing awesome. It’s a lack of confidence in the executive ranks, which I hope improves over time.” 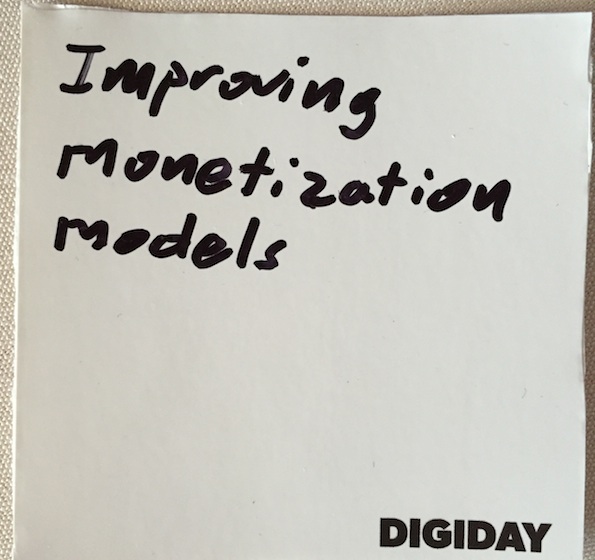 Making the leap
“It’s an industrywide issue. With the decline of print media, it’s the pressure of how do you ramp up digital revenue. We’re trying to build and grow instant messaging. They have scale, but how do we drive revenue around something like that. What is the monetization model for VR at this point? There’s a space we feel we need to be in and you’re hoping at some point there will be a tangible benefit. At the end of the day you need to be sustain your presence. The platforms are trying to figure it out, too. And I just don’t know that they have all the answers yet.” 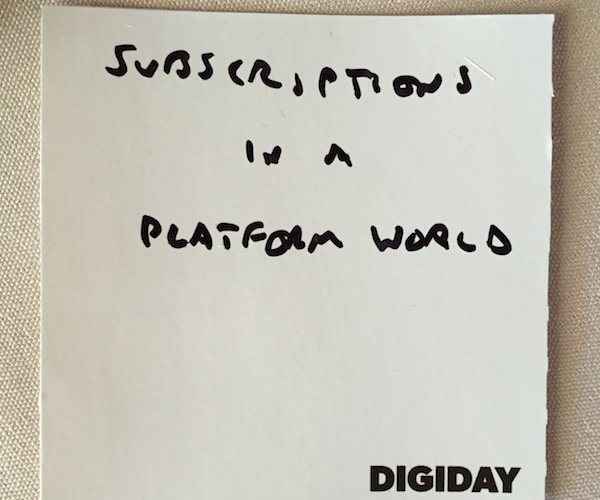 Direct revenue
“In a world where platforms increasingly want to ingest the content, trying to navigate what is the right approach for Facebook Instant Articles and Apple News. How do you have a thriving subscription business when platforms want the content to be free?”