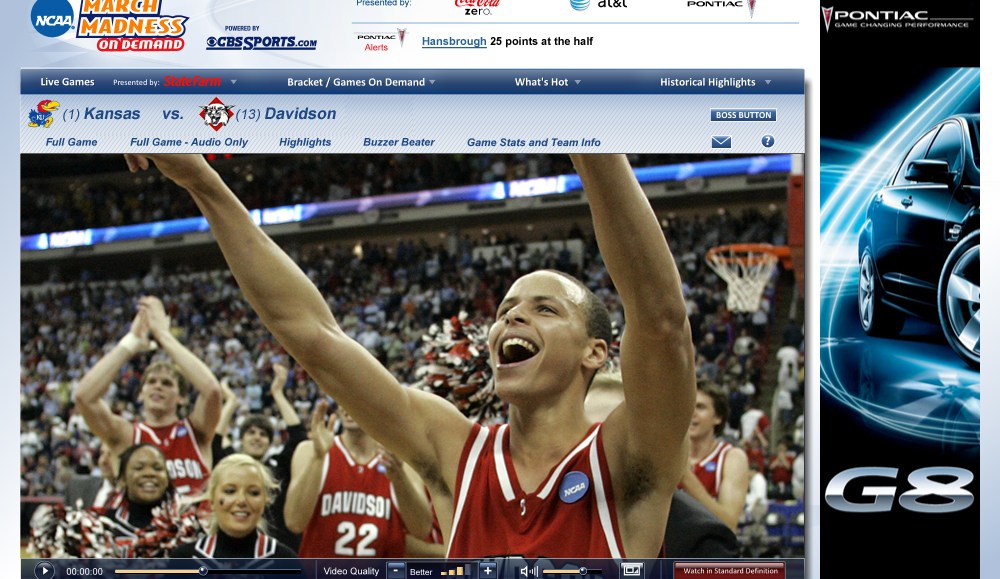 Can CBS ever catch Yahoo and ESPN for digital sports dominance? CBSSports.com is doubling down on premium, original content and reporting talent. The site has brought on veteran journalist Jon Heyman to spearhead its Major League Baseball coverage. Heyman, who starts on Dec. 12, spent the past five years at Sports Illustrated, and is a frequent contributor to MLB Network and the sports radio station WFAN in New York.

Heyman’s hire is the latest move by CBSSports.com as it looks to build a roster of high-profile reporters in each of the major professional and college sports. For example, the site’s NBA beat writer Ken Berger broke numerous big stories during the just-concluded NBA lockout.

That’s a formula that has helped build up Yahoo Sports reputation in its traffic race against ESPN. At the same time AOL’s now defunct FanHouse similarly assembled a stable of national columnists with serious followings. But CEO Tim Armstrong shut FanHouse down presumably because of a lack of ad demand, opting to outsource sports to The Sporting News.

But Jason Kint, gm of CBSSports.com, sees hires like Heyman as crucial for the site to develop consistent, yearlong audiences and to build credibitly among fans. “We’re continuing to invest,” Kint said. “Where others are aggregating eyeballs, we think the ad market will continue to bifurcate. Quality will matter more and more in digital long term. Having the largest number of uniques in not winning.”

That’s probably a smart message, considering CBSSports.com is not even close to winning the uniques race. ESPN.com, with its massive TV promotional platform, and Yahoo Sports, with its portal clout, average close to 50 million monthly users, versus CBSSports 22 million or so uniques.

Being fifth or sixth is a particular content vertical is exactly where you don’t want to be in the current marketplace, say many digital media executives. Media buyers rarely go deeper than a few sites in a category, considering they can find sports sites on exchanges these days (though CBSSports.com is often ranked around third in time spent, which Kint argues advertisers see as a sign of high engagement).

NBCSports.com has found itself in a similar place in recent years. While trying to break users perception that its a promotional site for its sports broadcasts rather than a daily sports site. NBC has partnered with native Web reporters like Mike Florio, now a fixture on the network’s sites and on air.

Kint and his team believe that CBSSports.com’s growing collection of talented reporters — each with a following — along with the site’s growing video prowess, can help CBSSports make a premium argument to advertisers. The site also boasts of live streaming of March Madness basketball games each spring, one of digital media’s few must buy-events for top brands.

“How you program online is different,” argued Jeff Gerttula, CBSSports.com’s vp programming. “We’re looking at leading voices who get online.”

Heyman has a voice. He has over 115,000 followers on Twitter, where he’s broken several major stories, including news about baseball’s recent steroid scandals.

“If you look at what people are sharing on Facebook and Twitter, it’s stories from top reporters, and it’s breaking news,” said Gerttula. “Some people think Twitter decreases the value of breaking news. Twitter proves it. We’re very bullish on breaking news.”

CBS is also bullish on Web video, with good reason. Fantasy Football Today, an original Web show, is now in its fourth season. It airs live on Sunday mornings, drawing 200,000 to 250,000 viewers each week. This season, CBS expanded the show to run live six days a week. Plus, Fantasy Football Today has recently graduated to the CBS Sports Network, which simulcasts the show on air each Sunday.