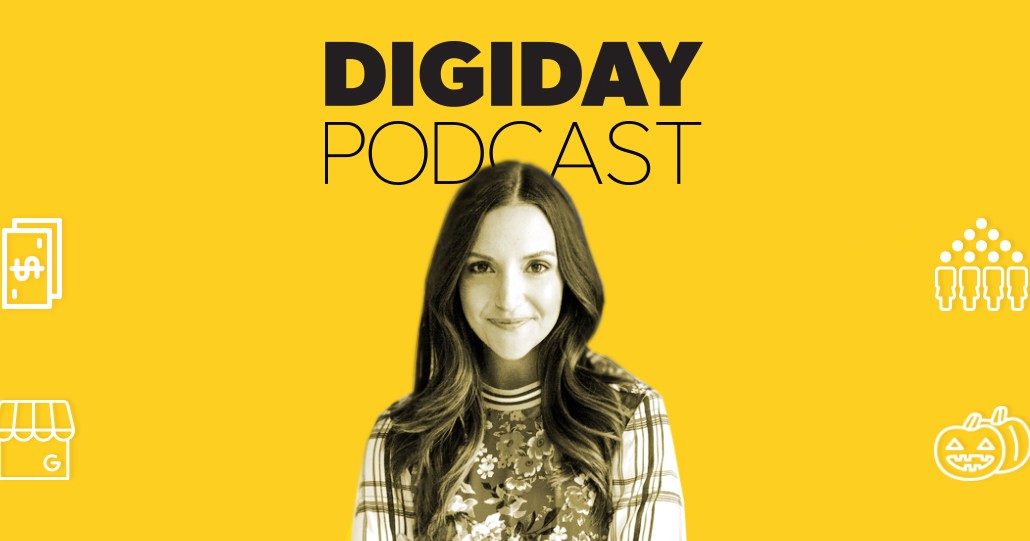 Publishers are coming up with a variety of ways to support content and encourage direct reader revenue. But it all starts with building a brand that people want to pay for. Brit Morin, founder of Brit + Co and a former Google employee, has been working on that for about seven years now.

“When really big brands joined and created YouTube channels and created videos, no matter how high quality they were, they still felt like ads. That’s when it dawned on me that the future of brands are human brands,” said Morin on the Digiday Podcast. “Even today, the top brands on Instagram are human brands like Selena Gomez, Taylor Swift and Beyoncé. Part of the Brit + Co mission is reinvigorating the maker spirit. In small town America, you see Jane’s nails and Fred’s auto shop. You know Fred and Jane. That makes you want to go deeper and ask questions. [Even] today, I answer every question and tweet.”

But every brand’s sustainability and elasticity has to go beyond a founder’s career span. Brit + Co is working on several revenue streams to make consumers pay. Morin discusses revenue, differentiating content and more on this episode.

With great products should come great content.
“I was working on a product called Google TV, which has now evolved into Chromecast and YouTube TV. Part of my job was to help build the software product and the user experience for Google TV and market it out to the consumers. If we wanted a great product, we needed great content. I was in the offices of the big networks and operators begging them to give us to their video content. Almost all of them said no. Because they were locked into contracts with cable operators for a number of years, they didn’t have engineers who could put it in the right format for us so we had to build it or they didn’t believe in putting long form premium video content on the internet. It dawned on me that it was going to take a while for traditional media companies to catch up to this new digital media ecosystem. There was a big opportunity to create premium content for this millennial generation of women.”

A window that leads to a business.
“The original business plan was to create content as a form of free acquisition marketing. Then we were going to create utilitarian apps for these categories, like weddings. The whole idea of our funnel was to use content as the top of the funnel and drive to conversion somewhere else. What we didn’t expect that people loved the content, they were converting but they wanted more content. When you’re a small startup, you want to pick a focus so we doubled down on content. We decided we start with content first and then evolve to have a learning, merchandise and experiential part of the offering.”

Growth hacking into a brand.
“One of the big learnings for me at Google was to make data driven decisions. We started doing A/B testing early on at Brit + Co. We experimented on Pinterest with pin-it button and the one color stuck. It helped that we were early on when Pinterest was just taking off but today, we’re still reaching half of the Pinterest audience. You can’t growth-hack your way to a brand and that’s where the art and science blend together. My first hire was a creative and the second was an engineer.”

The digital media appeal for VCs.
“A lot of VCs do believe that with all these big traditional media companies selling, there will be a gap for new digital media companies to emerge. They’re also starting to see the power of direct-to-consumer brands that have direct relationships with their audience and grow at scale eventually. We fall at an intersection of that.”

Money talks.
“Media and advertising is two-thirds of our revenue. By 2020, we want it to be about 50-50 in advertising and direct payments from consumers. We have a high level of reach from a distributed landscape, we have doubled down on branded content than display. We don’t do programmatic. We monetize Pinterest. We’re starting to do more with video. Forty percent of our traffic was coming from Facebook, but now it’s 20 percent. We have 30 to 40 people creating content. We have over 130 classes now. A lot of women are taking multiple courses and purchasing bundles. Sponsored classes are free and that’s been a huge hit among advertisers because you could by a 30 to 40-second ad on a video or have a 60-minute branded video.”