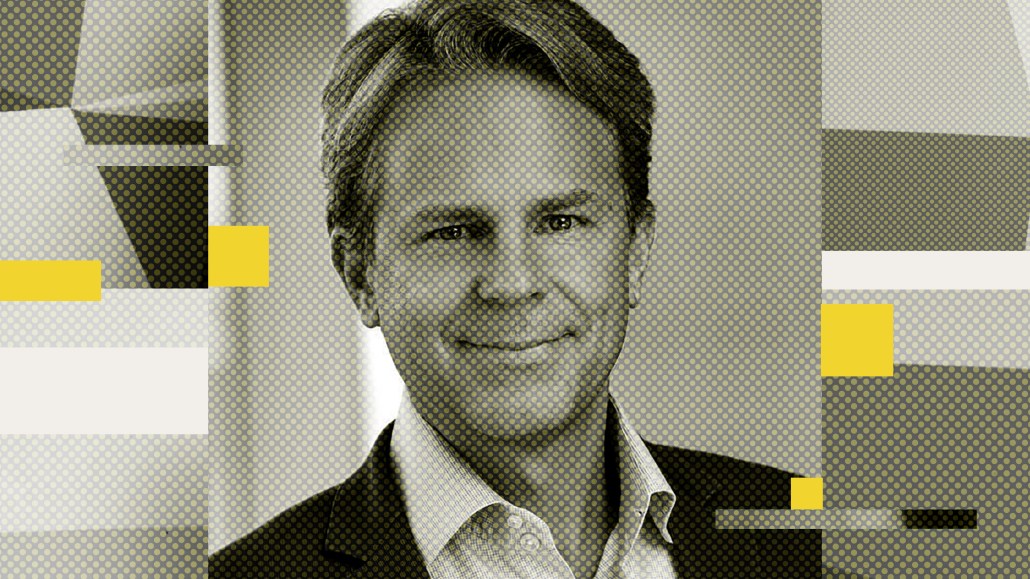 While publishers rushed to embrace distributed media models on platforms, Bloomberg CEO Justin Smith has sounded a note of caution. Ignoring platforms outright isn’t an option, but publishers should instead use platforms selectively.

For Bloomberg, Twitter has emerged as a critical platform relationship, with the Dec. 18 launch of TicToc by Bloomberg, an ambitious 24-hour live video news channel that will draw on reporting from Bloomberg Media’s 2,700 journalists scattered around the world as well as a dedicated TicToc team. The effort is an example, Smith said, of a “big idea” at a time when too many publishers are content to grouse about the chokehold Google and Facebook have on the industry.

“The answer to the duopoly for media owners is not to adopt a defensive stance and assume the situation is a permanent obstacle to growth, and we’re in permanent crisis, but to innovate,” Smith said. “I know it sounds cliche, but the only way out of this predicament is for media companies to do new things and that are really compelling to consumers and advertisers.”

Below are excerpts from a conversation with Smith, lightly edited for clarity.

Is digital media in crisis, as BuzzFeed CEO Jonah Peretti said last week, or are bad business models in crisis?
I don’t think digital media is in crisis writ large. The standalone digital advertising model of digital media is in crisis. The advertising-dependent business model is definitely in a difficult spot. It’s not a permanent existential crisis that can’t be resolved with new thinking, innovation, better strategy and better execution. I’m hopeful these issues can be overcome. You’re seeing tons of interesting opportunities for significant growth despite the challenges.

Does the duopoly get blamed too much?
You’ve got to deal with the environment you’re in. The duopoly’s increasing share of digital ad spend is a total reality and one everyone needs to reckon with. Where the fears are overstated are in two dimensions. One, if you look at Google and Facebook’s aggregate ad revenue totals, I would say the vast majority of that is direct-response advertising that’s transitioned to digital. The brand piece of it is still in traditional media. The battle over that has begun, but it’s not been decisively won by Google and Facebook. What’s also overstated is the assumption Google and Facebook are going to dominate forever. It’s a fluid situation — fluid in terms of consumer behavior, advertiser behavior and the regulatory environment. There are many potential cracks in the facade of these companies. They may be invisible to many now, but in all likelihood, these businesses don’t last forever. Fifteen years ago, we had another duopoly: Yahoo and AOL.

How does that point of view translate to strategy?
What we say to our teams is, let’s not let the platforms solely enjoy the spoils of this incredible moment of change. Let’s find the areas where we can also benefit tremendously and not assume a defensive position and begin attacking parts of the ecosystem ourselves.

So TicToc is a product diversification.
It’s an example of that. We have been thrilled with our digital growth. We’re looking at 25 percent digital advertising growth and potentially up to 30 percent this year. The opportunity we see in TicToc is product diversification. We began streaming video on Twitter and came to understand Twitter had a large and engaged audience for news. That led us to think of Twitter differently from how many do. We think of it as potentially the largest news media company in the world. We saw a news-hungry audience living on Twitter. We thought of how can we marry the assets of Bloomberg with this audience to create a new product that can live on Twitter, and in effect, provides the best of what a journalism company can do merged with the best of what a social media network can do.

But why not Facebook? It has much more scale.
The Twitter audience is the most scaled for breaking news. I don’t think anyone goes to Facebook for breaking news. News there is more of a passive general-interest experience rather than breaking news. Twitter was the natural partner from that perspective. One of the things I said in March [at the Digiday Publishing Summit] was be picky about your platform relationships. We’re truly collaborated with Twitter on this. They’re providing access to insights and data; we’re sharing with them our different ways of creating content and video. And the economics are far more equitable than anything I’ve seen with the duopoly. An idealistic view is Bloomberg is taking its 3,000 journalists to improve the quality of breaking news information for the world. That’s a big idea.

When we spoke in March, you said paywalls have mostly failed. But there are signs of success there.
At the very premium end of the market with established and premium brands, you’ve seen a handful of success stories. The truth is, across the much broader swath of the market, paid content has not worked at all. The numbers are pretty decisive. But it’s not a permanent situation. I believe consumer behavior is shifting. The user experience has become more frictionless. Up until now, it’s been only a few companies that have succeeded. On the niche business-to-business side, that’s clearly a place where subscriptions have been solid and growing. Businessweek would fall into that business category, particularly when professionals can put it on their corporate card.