How one band is hacking Spotify to fund a tour 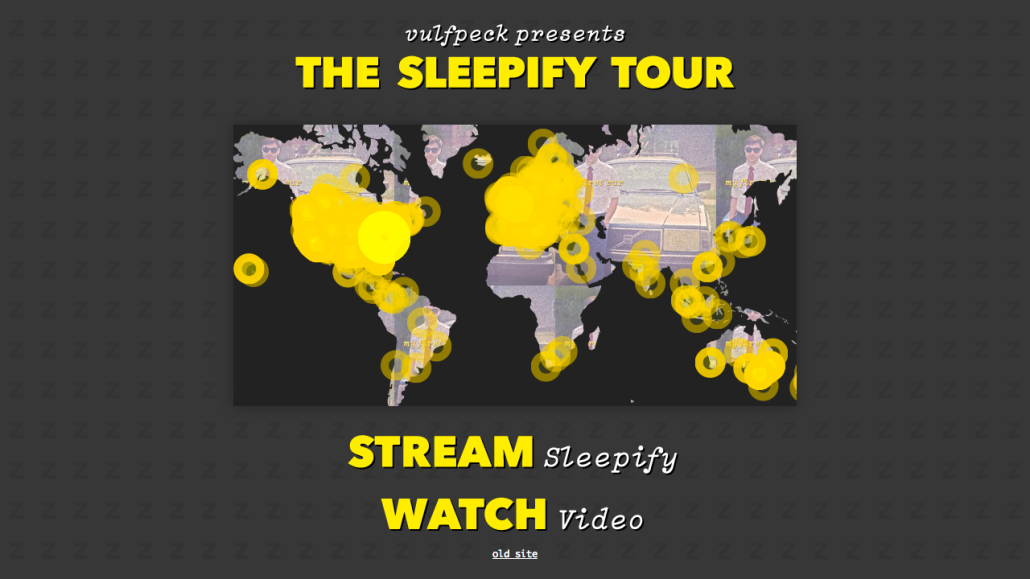 And it’s not about to get any easier for musicians, either: The American Society of Composers, Authors and Publishers (ASCAP) lost a lawsuit against another streaming platform, Pandora, in which they were seeking higher royalties for songs streamed.

But funk rock outfit Vulfpeck thinks it can make enough money from Spotify to not only cover the costs of an entire tour, but to not have to charge admission to any of the shows. The band has released an album of complete silence — no sounds whatsoever — on Spotify and is encouraging fans to listen to it while they sleep. The 10-track, 316-second album is appropriately titled “Sleepify.”

Vulpeck is also planning to route the tour based upon which cities streamed “Sleepify” the most, thus incentivizing Spotify users to tell their neighbors about the noiseless album. Since Spotify pays Vulfpeck a half a cent per stream, Vulfpeck calculates that a users can help the band earn $4 by streaming “Sleepify” on repeat during a seven-hour sleep session.

Vulfpeck member Jack Stratton has made a YouTube video promoting the album and subsequent tour.

While innovative, the marketing campaign could also be construed as slightly unethical. Advertisers don’t like paying for non-human clicks on their banner ads or fraudulent likes on Facebook, so a music streaming service wouldn’t necessarily be keen on shelling out money for streaming silence. (Vulfpeck did not return a request for comment at time of press.)

Spotify has always been quick to defend its position as a platform aimed at helping musicians make money from streaming music, and, for its part, Spotify appears to have a sense of humor about “Sleepify.”

“This is a clever stunt, but we prefer Vulpeck’s earlier albums,” a Spotify spokesperson said. “’Sleepify’ seems derivative of John Cage’s work.”

The platform is not divulging how many times “Sleepify” has been streamed so far. If you’d like to support Vulfpeck’s tour, you can listen to “Sleepify” below. Or, rather, not listen to it.