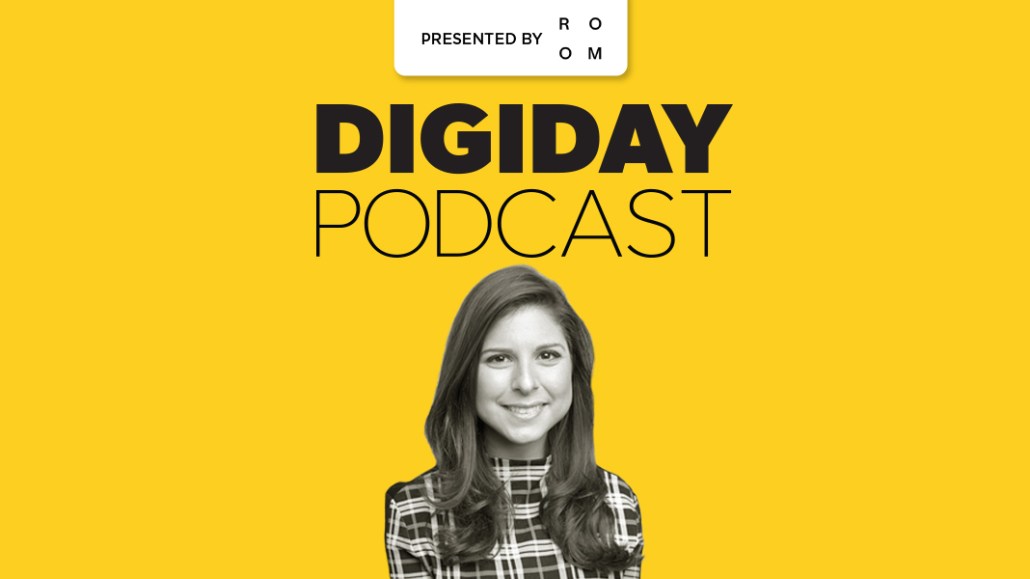 Sara Fischer, media reporter at Axios, joined the Digiday Podcast for the first of two year-end wrap-up episodes looking ahead to 2020.

On this week’s episode, Fischer weighs in on why the flurry of digital media acquisitions in 2019 will continue into 2020 and why next year regulation will be in the spotlight. (Next week, Digiday media reporters Tim Peterson, Lara O’Reilly and Max Willens will add their own outlooks for the year ahead in media.)

The two big media trends of 2019
“Consolidation was probably the biggest story [of 2019] — having CBS and Viacom come together, and Disney and Fox finalize their merger. We saw some of the biggest digital brands be bought up and acquired, like Refinery29 and PopSugar. There was massive change in Washington towards our view of the tech platforms, which has huge implications for media in terms of whether or not we’re going to start to get paid for the distribution of our work, whether or not we need to be more mindful of privacy and what’s that going to look like in a few years when we build our websites. Those two combined trends — consolidation on the industry side and a sort of regulation reckoning — have been the biggest things I’ve seen.”

Consolidation isn’t over yet
“What’s going to be the big story is that there are big companies that are consolidating that still aren’t big enough. CBS and Viacom, still not big enough to really compete with an Apple. So does an even bigger company come in one day and buy them? That’s something that I’m going to be looking at, maybe not next year, but in the years to follow we’re going to see some of that.”

Creativity under the corporate banner
When Fox was thinking about either selling to Disney or to Comcast, [FX Networks chairman] John Landgraf made a comment that he was really thrilled that it was going to be Disney that bought him, because as a storyteller he didn’t really want to be owned by a phone company that might not put storytelling as a priority. So you look at the creative community out there — to an extent, look at [former CEO] Richard Plepler being forced out of AT&T — there’s going to be a big narrative in these streaming platforms coming to light. What does that means for the creative community, here do they want to place their bets, which companies do they want to work with? And if the creative all find that they’re really happy at Apple, we might see Apple TV Plus become more than a fledgling side thing to sell phones.”

In America, ‘saving’ local news is a private crusade
“There’s a lot of segregated efforts to come in and save local news. The American Journalism Project is this sort of venture-backed philanthropy arm funding some efforts. Google is funding some local news efforts around the country. Facebook said they’re committing $300 million to help solve the local and national news problem. The thing that’s worrisome is there’s no societal effort to address the problem. In other places around the world, whether it’s taxpayer funded media, etc., there is some sort of a societal acknowledgment of how this can help bolster democracy and help the greater good. In America, these are all private efforts.”