It’s Apple vs. Google in bid for retail dollars 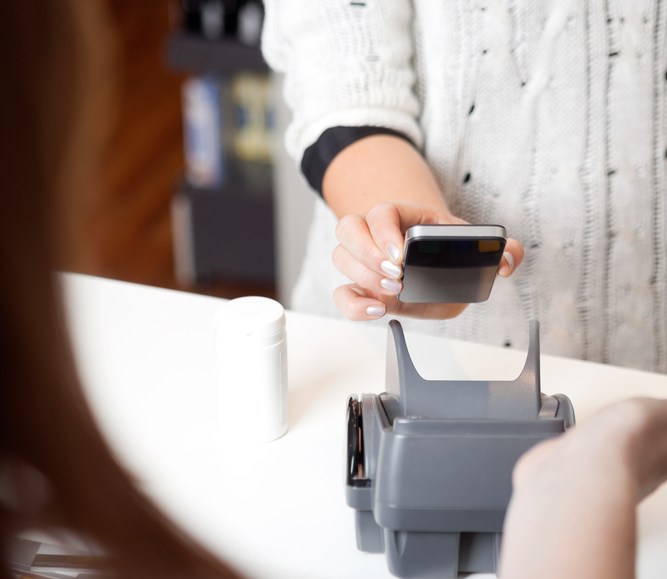 With holiday shopping season in full swing, it’s not just shoppers rushing into retail locations. Apple and Google have also taken a keen interest in retail recently with a specific eye toward tracking consumers into and within stores.

Just as brands and retailers want to be tech platforms, tech companies increasingly want in on the retail experience. As such, tracking consumers’ retail habits is going to be one of digital media’s biggest growth areas next year and beyond. “Indoor location in general is going to be one of the biggest stories in 2014,” Jeremy Lockhorn, Razorfish’s vp of emerging media, told Digiday. And the only two companies with enough reach in both the mobile advertising and mobile device markets to do it at scale are Apple and Google.

Google has been beta-testing a program that uses smartphone location data to determine when consumers visit stores for some time now, connecting these store visits to Google searches conducted on smartphones. Last week, Apple debuted iBeacon, an in-store location-tracking service, at all of its U.S. retail locations. The system uses Bluetooth technology to detect where a shopper is within a store so Apple can send location-specific product information to his or her Apple device.

While iBeacon is currently limited to Apple devices and Apple stores, it stands to have a profound impact on retail marketing writ large. Apple has made iBeacon software available to app developers in the hopes that they will create novel uses for it, and agency executive are giddy about its possibilities.

Specifically, iBeacon could fundamentally change how users shop and are marketed to in stores, according to Dirk Rients, director of mobile at DDB. Stores will be able to send push notifications to consumers about coupons or limited-time offers to users the moment they walk in the door or pass by a specific product.

Ben & Jerry’s could send you a push note when you pass by the frozen foods section aisle, for instance, Lockhorn said. The key, as with all mobile advertising, will be not to overdo it.

“As a retailer or a brand, you don’t want to be overwhelming,” Rients said. “If I get one or two messages that are of value to me, I’m happy. But if I get 10, I’ll be pissed off and likely turn it off.”

One of store tracking’s biggest promises is that it can help prove mobile advertising is actually effective. Google, by far the biggest player in mobile advertising, is doing exactly that. By constantly tracking people’s smartphone locations, Google can track if a person served an ad for a specific retailer subsequently visits that location. While Google can currently only do this on a store-wide basis, its share of the U.S. smartphone market (45.9 percent) is larger than Apple’s (38.3 percent).

Apple’s mobile ad network iAd stands to benefit in much the same way. Apple could also use iBeacon to track whether a person who saw an iAd ad for a lawnmower, for example, ever made it in front of an in-store display for it at Home Depot.

If iBeacon becomes ubiquitous in stores, it could allow Apple to collect an unprecedented amount of consumer data, Rients said. (IBeacon currently does not collect consumer data. Apple declined a request to comment.)

“Apple is sitting on a goldmine of 600 million credit cards,” Rients said. By pairing shoppers’ credit card information with iBeacon data, retailers will be able to target consumers more precisely and streamline the shopping experience, Rients said. Consumers could enter a store, get served an ad for a product via a push notification, scan that item with their iPhone camera and pay for it on the store floor, all without having to interact with a sales employee.

Some popular apps and startups — such as Euclid, Nomi and Sparkfly — already track consumers’ locations. What gives Apple and Google the advantage is their ability to couple that information with the media they sell. As brand and agencies concentrate more on the intersection of mobile marketing and retail, Apple and Google are among the best poised to take advantage.

“It’s tough for them to achieve scale, and Google and Apple have scale built in,” Brett Leary, vp of mobile at DigitasLBi, said. “We want to fish where the fish are.”