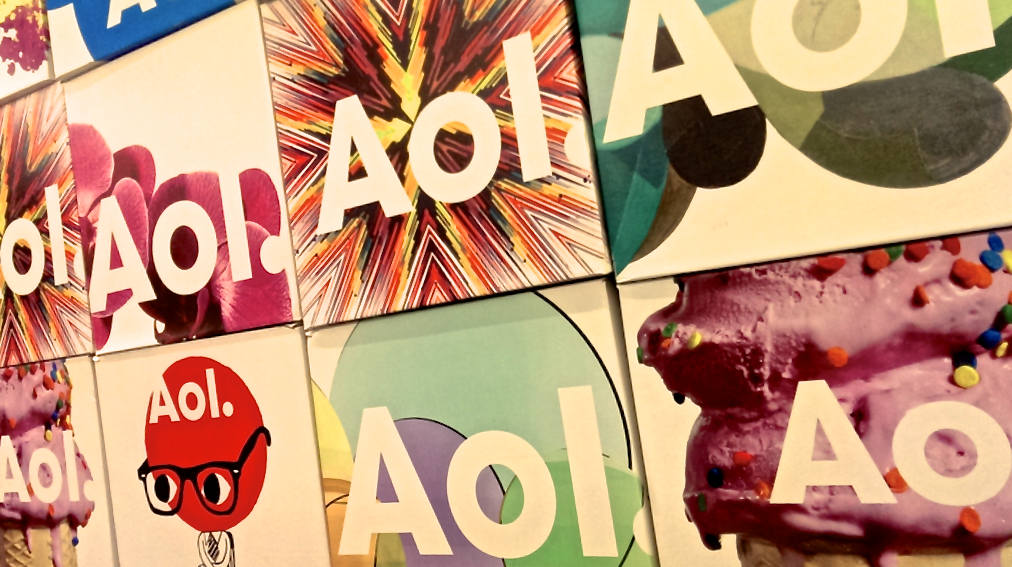 Don’t count AOL out just yet.

Slowly but surely, the company once synonymous with dial-up Internet and bombarding people with installation CDs is putting together a compelling case that it has the pieces to be a credible manifestation of the modern media company. Last August, it plunked down $405 million for Adap.tv, making AOL one of biggest video ad networks in the world. And in January, it acquired content personalization company Gravity, which tracks users’ interests to serve them relevant ads.

“Standing for ‘great content’ is no longer enough to stand out,” said Ben Winkler, chief digital offer at OMD.

Like other would-be modern media companies, AOL is also betting big on video. In addition to the Huffington Post’s HuffPost Live live-streaming network, AOL has also invested in original series like “#Candidly Nicole,” which follows the life of Nicole Richie, and “Hardwired,” a series about wearable technology.

During its NewFronts presentation last week in Brooklyn’s Navy Yard, AOL pitched a video product extended beyond original video programming to its own advertising and measurement products as well. It was a unique proposition that AOL hopes will give it a strong chance of grabbing some of the $68 billion that will be poured into television this year, according to eMarketer.

Nardini spoke to Digiday about how AOL chooses the subjects for its original content, the state of cross-platform tracking, and how digital publishers can solve Web video’s promotion problem.

Despite all the glitzy NewFronts presentations, there’s still a lot of skepticism about digital video’s chances. Where’s the doubt coming from?
Buyers question it because they can’t measure it with the certainty that they want. There is still ambiguity in who’s buying, and there’s also the politics of the agency structure. Digital is a diffuse medium. You’re not tuning in at 9 o’clock to watch a program in one place at one time and at that time only. That presents challenges in awareness and presence. That said, I have seen way more confidence and interest in digital video this year than I have ever seen before.

And yet AOL only renewed four of the 15 original shows it announced last year. What’s been the biggest challenge for making original video work?
As a medium we are still playing through how original video will be monetized and measured. Scarcity is the biggest challenge. We are still figuring out the economics of making original programming. That is still a very big challenge. Still, scale is happening. When we look at our numbers —  and we don’t see this in every show — but we’re starting to rival cable when we think about the viewership [of shows like #Candidly Nicole].

Promotion is still a big problem for digital video, and something that buyers are paying close attention to. How is AOL making sure that this stuff is actually getting watched?
We want to make sure that viewers can watch content on more than AOL.com. We have to make sure that people can find the content via Twitter, that they can see it on YouTube. We also have to give it placement on our entertainment and lifestyle channels. More, you’ll also find the content on any number other premium publisher websites. That’s very different from what you’ll find with other digital players.

Where does AOL start thinking about what kinds of video content to create? Do you start with subject, length, the marketing needs?
Our core is around authentic voices and remarkable stories, so anything we do has to hold that test first. Beyond that, we look at use case. We look at consumption habits, we look at device-specific habits, publisher-specific data, and we look at the audience that we want to attract and retain. We also look at unmet programming needs and the larger market. And certainly we have commercial considerations. There are programs we invest in that we know will be more commercial than others. That’s an important consideration, but it’s secondary.

Measurement is key when you’re trying to get budgets from TV, which is ultimately the goal. You’ve teamed up with Nielsen to give marketers better cross-platform metrics. How deep does this focus go?
One of that things that makes television powerful is scale. Another is consistency — in format, in measurement, in pricing and in scheduling. There is true, inherent consistency in TV that makes it very safe to buy into. Digital, in contrast, is highly fragmented, incredibly inconsistent, and still quite nascent in the development of standards. The idea of consistent TV-to-digital measurement is very central to our strategy.

Many of the NewFronts presenters, including AOL, talked about their programming as if it was on TV, not the Web? Isn’t that the wrong approach?
We are embracing the advantages of digital, while maintaining the premium and programmed nature of television, and that’s what’s very different for us. Ultimately, you have to lean into the power of the Web. Young audiences, super-fragmented audiences, audiences that are unique in where and how they consume. The Huffington Post will program from six seconds to eight hours. There is no standard, no rule, that a digital video should be two minutes long or seven minutes long. That’s what makes this the future.