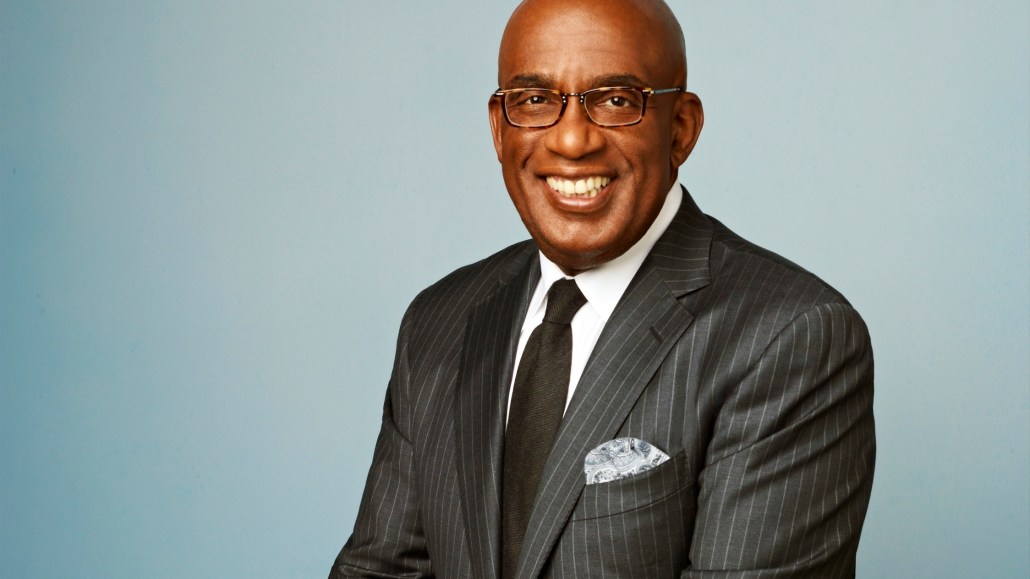 America’s favorite weatherman would like you to know he is also a digital media entrepreneur.

Al Roker Entertainment is not a new property. Since founding the company in 1994, the NBC television personality has produced reality TV fare like The Weather Channel’s “Coast Guard Alaska” series and Spike’s “DEA” show.

But now, Roker, like the rest of the media ecosystem, is facing a digital media landscape. His publicist offered Digiday an interview with Roker on “how Al and his organization are embracing digital technology in order to shift away from traditional and incumbent legacy television channels.” But in the subsequent interview, details of that embrace were scarce.

Roker did hold forth on his media diet, however, and where he gets his ideas. Excerpts:

Do you feel like you’re late to the digital game?
Not really, because we’ve been doing it in tandem with what we’ve done on a traditional media basis. So no, I don’t feel like we’re late to it; I think we’re really just expanding our digital operations.

How so?
Unfortunately, we can’t really talk about a lot of it yet, so I feel kind of foolish bringing it up. But it’s been a real education, because things are changing so rapidly.

Is the weatherman becoming extinct? Anyone can just look at an app or a website for the forecast.
People still watch TV for people they know and trust. So even though they can get all of that information on their screen, for the most part, especially when there’s severe whether and threatening weather, they want a voice of reason, a voice that they trust to tell them what’s coming.

How often do you engage on social media?
I like Twitter and then Instagram. Those are quick ways to communicate with your base or drive people to sample what it is that you’re doing. The trick is not to oversaturate. There are people that over-Twitter or over-Instagram; after a while, it ceases to have a value. I am not much of a Facebook person.

How do you leverage your personal brand to expand your digital footprint?
From a personal standpoint, I got on the digital bandwagon fairly early on. I was the first NBC News talent to have his own website, back in 1993. I’ve always been fascinated by the Internet, kind of like radio in the 1920s — nobody knew what it was or what it would do, but it ended up changing mass communication.

But now that everyone is on board, how do you differentiate?
There are so many digital voices out there. I think what differentiates us is that I live in both [digital and traditional media] worlds. If you look at several digital companies, they have people at the core of it that are in other media, like Ryan Seacrest or Carson Daly. There’s a straddling of traditional media and new media that allows you to move back and forth between the two and leverage both to their full potential. I don’t think you throw the baby out with the bathwater.

What media do you consume every day?
Obviously, I watch “The Today Show.” I go online and look at Weather.com. I go to NOAA.gov. I check Twitter and Instagram. I scroll through a number of websites, papers, or Web versions or print. But at a certain point, you overload, you need to take a break. I bike to and from work. I find that’s a great way to disconnect from a screen and be more in the moment.

What digital properties do you look to for inspiration?
I’ll be honest, I don’t look to digital spaces for my inspiration. It sounds trite or corny, but I look at other places. Again, you might be reading an article in a print paper, and you make a jump one or two spaces away from what it is you’re looking at, and you say, “Oh wait a minute, this might be good for this digital property.” Sometimes, I’m more inspired by stuff I see on the street. We have a show in development, a food truck show, that came about from me literally sitting on a park bench and going, “Wait a minute, what about this?”

Your company has focused largely on TV-length reality shows. How have you modified that approach for digital platforms?
You can take  those 22-minute or 44-minute programs and cut them down and still give people the essence of what you’re doing. We’re doing something for an apparel company that kind of takes that formula but shrinks it down to seven-minute episodes.

Do you make branded content, too?
We’ve done it for brands that are looking to do action-based programming. For example, we had a foods brand that wanted to address childhood hunger, so we created a documentary that journalistically held up to anything anybody else would do, and their message was isolated on the broadcast side within commercials, and on digital within banners. But the content itself was a pure message about childhood hunger. We don’t do advertising. We’re not going out and selling. We’re not in that business.

Is there anything about your digital approach that’s fundamentally different than broadcast?
You can have an idea, throw it out there on a number of different platforms and get an instant read on it. Is it an accurate read? I don’t know. But you get a sense of whether you’re going in the right direction. It’s a good petri dish that gives you viewer reactions on a real-time basis.

How has that petri dish affected the content you’ve made so far?
We’ve had some talent that we’ve found that I didn’t think was that great, but people online responded really, really positively, so we kept moving down the road with those folks.