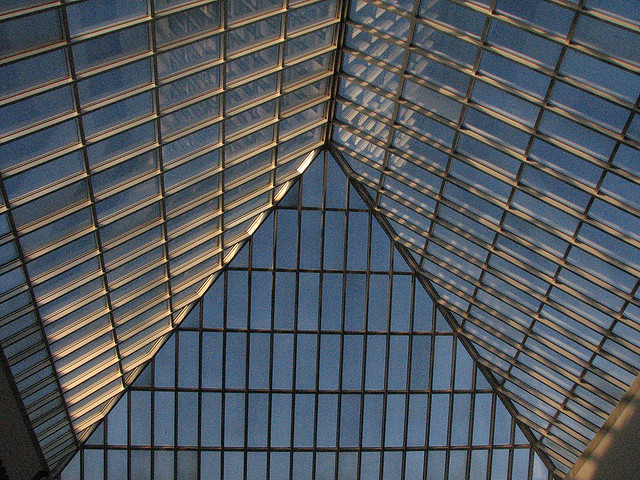 Any discussion of the advertising technology industry tends to begin with the Luma Partners display “landscape” slide showing about 250 companies. Of those companies sampled, fewer than 10 percent of their top executives are women. More often than not, those women are in roles like marketing rather than technology and operations positions more likely to steer the directions of those companies.

The results should come as little surprise. The technology industry as a whole has long relegated women to a side role. And advertising has traditionally been an alpha male environment as witnessed by “Mad Men.” It would appear that the shift from mad men to math men is unlikely to fundamentally change that, particularly as tech fails to attract many women in engineering roles.

“In college it was often assumed that it was more difficult for women in tech because of the lack of women in the field,” said Jennifer Okula, the vp of data innovation at Safecount, a Kantar/WPP company. “Specifically in mobile advertising technology, I notice that there are still many more men than women. Sometimes networking situations can feel more challenging or intimidating when it’s a room full of men. Also, there tends to me more male panelists at conferences than women, and I sometimes wonder if men’s opinions on the topic of ad tech are more respected.”

Many in positions of power at ad tech firms express consternation at the lack of qualified female applicants. According to some human resource directors at ad tech companies, women aren’t even applying for ad tech jobs, despite the hiring frenzy. Susan Coelius-Keplinger, COO of Triggit, a San Francisco-based demand-side platform, bemoans the inability of the 20-person startup to find qualified women, a problem she believes is even worse than in other tech companies.

“We are just not seeing the female applicants,” she said. “I know that there are plenty of women engineers and computer scientists in at the university level, but they just are not coming to ad tech.”

The numbers of women entering the sciences and engineering at the college level have been decreasing steadily since 2001, with a slight uptick in 2010. In computer science, for example, in 2001-2, 28 percent of all undergraduate degrees in computer science went to women. By 2005, the number had dropped to only 22 percent and is at present 11.2 percent, according to the American Society for Engineering Education. To extrapolate that to ad tech, you’d expect a fifth of engineers at those firms to be women. That’s clearly not the case. At 33Across, for example, just 20 percent of engineers are women, despite the firm’s boast that 46 percent of all of its employees are female.

“In my view, there is a problem of mentorship,” said Charlene Rigby, vp of business operations for Metamarkets. According to Rigby, women, just like men, need to have the same guidance and support system that men often naturally find simply by virtue of the numbers of men in ad tech. “It’s not that men are just naturally born leaders. Because of the existing leadership of most of these companies, men are more likely to find a mentor than women. I was extremely lucky in that I’ve had many mentors, both men and women, and that has helped me tremendously in my career progression. Unfortunately, that is not the norm.”

That indicates the problem might start at the very top. It is rare for ad tech companies to list a woman as a founder. Mitch Kapor, a respected Silicon Valley investor and the founder of the Lotus Corporation, recently told CNN that it wasn’t unusual for venture capitalists to reject funding for a startup because a certain “type” of woman was at the helm. Kapor believes that although the tech landscape is more welcoming of women and minorities than 10 years ago, attitudes among VCs still must advance before women are competing on a level plane with men for leadership positions.

The truth of the matter is a diverse workforce doesn’t appear to be a priority at many tech firms, ad tech included. According to “The Tilted Playing Field,” a recent report on the attitudes and experiences of 645 engineers and engineering managers at tech companies (which included ad tech firms) diversity just isn’t a priority for the gatekeepers of most firms, including startups. Men in startups, for example, believe that their companies are already doing enough to address diversity, despite most firms’ lack of female leadership, at a rate of 82 percent, compared to 42 percent of women. Only a slim majority – 56 percent – of men in large tech companies believed that engineering teams that had both men and women were more beneficial to companies than all-male teams, compared to 71 percent of women.

“I never thought about the sexism issue in ad tech, because I was a co-founder of the company, but I know for some women, they can feel intimidated by the attitudes and the outlook of some of the men,” said Colieus-Keplinger. “It didn’t matter if someone had negative views of women and held that against me, because I’m a principal, but for a woman trying to break in to the industry, encountering sexism may simply discourage them from thinking they can move up.”

“In observing males in leadership roles, I often notice ‘stronger’ and ‘louder’ personalities,” said Okula. “This has given me the desire to prove that taking a softer approach to leadership can be just as effective. I also find myself wanting to prove my technical knowledge with colleagues I interact with.”

The attitude isn’t lost on many women that Digiday spoke to. If many colleagues and management don’t see the point of women being in the workforce at all, as the “The Tilted Playing Field” report indicated, there’s little incentive for companies to take pains to recruit or retain qualified women. Most major ad tech firms make it public that they celebrate diversity, but their commitment just isn’t in evidence in the numbers of women executives in leadership positions. Many women are well aware that an unwelcoming environment at the workplace will lessen their abilities to advance in their careers, as the management of co-worker relationships is a significant element of leading a company. One woman, a mathematician with a PhD from Harvard who worked as a consultant analyst for several large companies and startups in ad technology, spoke of a consistent barrage of sexist jokes and an overall sense that “I was just visiting.” She continued, “There was a very stiff clique that included the management. I felt that if I was going to move up, I would have to make peace with these people, and this was impossible.” Another woman who works as an executive in human resources at a leading ad technology firm, also speaking off the record, said, “It’s hard for women to get past the attitudes. I’m lucky because my company is very open, and welcoming to women, but many women just don’t want to fight the old guard and their beliefs.”

“One thing that I think really, really hurts women is that women aren’t risk-takers in the way that men are,” said Coelius-Keplinger, who began Triggit with her brother, Zach. Women don’t join companies “when they are very small and very risky. They want that security, and when you join a company at the beginning, you end up in a leadership position by sheer experience.”

Sexism doesn’t have to be overt. There is also subtle discouragement, like when women speak up in meetings and their ideas are outright ignored.

“It’s not that women aren’t qualified,” said one female exec of a data analytics company. “They have to have technical knowledge to even market a technical product, but this sexism starts in college, and it doesn’t end there. It’s often a hostile atmosphere. Women often work hard and get little public credit for their work. Men are hired as the CEO, as the chief salespeople for the company, but the women, who make the companies work, as a COO, for example, or the human resource person who selects the engineers that build the company, are often ignored.”