Why Huge Has Spun Out Two Startups 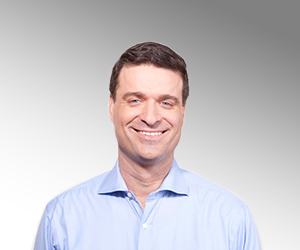 For agencies, invention is the new innovation. It’s now not enough to be up on the latest technologies and tools. Any agency worth its stripes is stocking up on 3-D printers and getting into the business of making.

This is, in part, what is driving the trend in agencies attempting to bring products to market themselves. Anomaly has long believed in this model, and agencies like BBH and Rockfish have also tried to go the product route. Digital shop Huge a year ago went this route with the creation of Huge Labs.

Six months of frustration nearly capsized the effort early on, Huge CEO Aaron Shapiro said during a talk at the Digiday Agency Summit in Miami. The problem: Huge tried to do the labs initiative on the side. That’s tough to pull off in client-service organizations where billable client work will always come first.

Since then, it has incubated two startups — a ‘“reddit for corporations” called Honey and event-marketing tool Togather — that are now separate companies trying to make it on their own. Huge provides the startups work space, infrastructure and client connections, but it acts as an investor.

“These are real companies,” he said. “We think that model – where they’re much more independent rather than side companies – is much more successful.”

Watch the three-minute clip of Shapiro’s thoughts on Huge Labs below.