This is How You Design a ‘Mother Effing’ Website 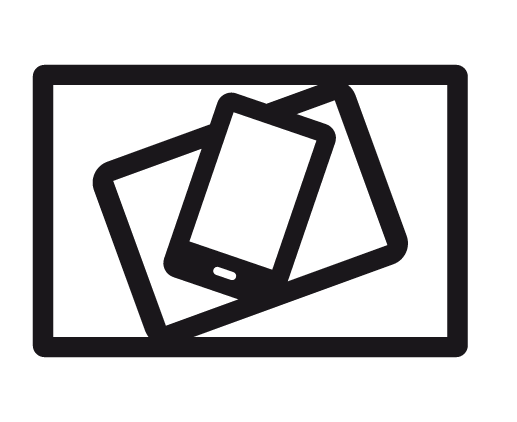 Barry Smith describes himself as a mild-mannered guy who doesn’t curse at all. In fact, at one job, his coworkers had a running bet to see who could get him to swear. Little did they know, all they had to do was ask him what pisses him off about Web design.

Smith is the Web designer and developer behind the funny, informative and f-bomb-riddled site motherfuckingwebsite.com that made the rounds of Twitter last week. The site features lightweight, simple and responsive design, and “it’s fucking perfect” – just ask him. It captured the imagination of many because it’s a tongue-in-cheek reminder that sometimes Web design goes way too far. (Target’s drop-shadow-infested new site, anyone?) For example, if you were ever confused about responsive design: “Responsive means that it responds to whatever motherfucking screensize it’s viewed on. This site doesn’t care if you’re on an iMac or a motherfucking Tamagotchi.”

Digiday recently chatted with Smith, who is currently doing corporate Web design, and asked some questions about his handy “motherfucking website” to find out more about what makes good and bad design. Some excerpts:

Where did you get the idea for motherfuckingwebsite.com?
The concept of having a “naked” site has been with me for a while. Often times, I’ll be banging my head on the desk to try to make something work in IE7, and I’ll think to myself, “You know, this was working before you added X, Y and Z. That’s when it occurred to me that all my problems were caused by my design. It didn’t mean that I shouldn’t design or that it was a bad design; it just meant that I needed to own up to it and take that into consideration when I design. I basically experienced motherfuckingwebsite.com as a conversation to myself in my head. Though, I probably didn’t curse so much in my head. All the cursing was just intended to be comedic, and, well, the domain was available.

What is the single biggest mistake most designers make?
It’s really hard to say, because everyone has their strengths. I would say a common mistake is not questioning trends. Everyone makes a parallax site or designs their headers in a certain way, so that’s the way it has to be. It’s next to impossible to do, but real innovation comes when people are able to question through the design all the way down to the core of the functionality. From there, you can create something that’s either never been done or is really valuable. MFW is a personal exercise in that.

What are the worst design trends?
I am tired of the giant pages that spread their information across several full-screen sections but only have a few lines of content. It could have easily fit in one screen. I mention it in MFW  — and I’ve totally built them recently.

What are the biggest lies you hear about Web design?
That being a Web designer is only related to visuals and Photoshop files. I like what Ethan Marcotte said: “The worst thing to happen to accessibility and performance was calling them anything other than Web design.”

Are agencies full of it when it comes to building sites?
No way. As a lot of people who read MFW pointed out, you have to do what the clients say. I’d say that most of the fecal material in our sites today comes from clients who don’t understand. Mike Monteiro would say, it’s our job to make them understand, though, so we’re not completely absolved.

What are some easy ways websites can be better?
One way is by getting someone else’s eyes on the code who doesn’t think exactly like you. I saw that with MFW, many people had suggestions to improve it, even as simple as it was. My personal bent is toward minimalism, though, so I think most sites could be better if you just cut a bunch of code out of them.

Why are there poorly designed websites in the first place?
We all make mistakes; we all have short deadlines; we all have unreasonable clients. I would say a great deal of it has to do with not being willing to be honest with yourself early on. For example, you might receive an error only when you do a very specific sequence of actions. You might justify to yourself and say, “Well, they’ll probably never do that, or at least not often.” If we’re honest and say, “No, it’s broken,” we’ll make better websites. Because, trust me, the client and users will find those faults. Look at the healthcare exchange sites that the Obama administration is getting hammered for. Somewhere along the line, someone was in denial and thought that the problems they noticed wouldn’t actually be a big deal.