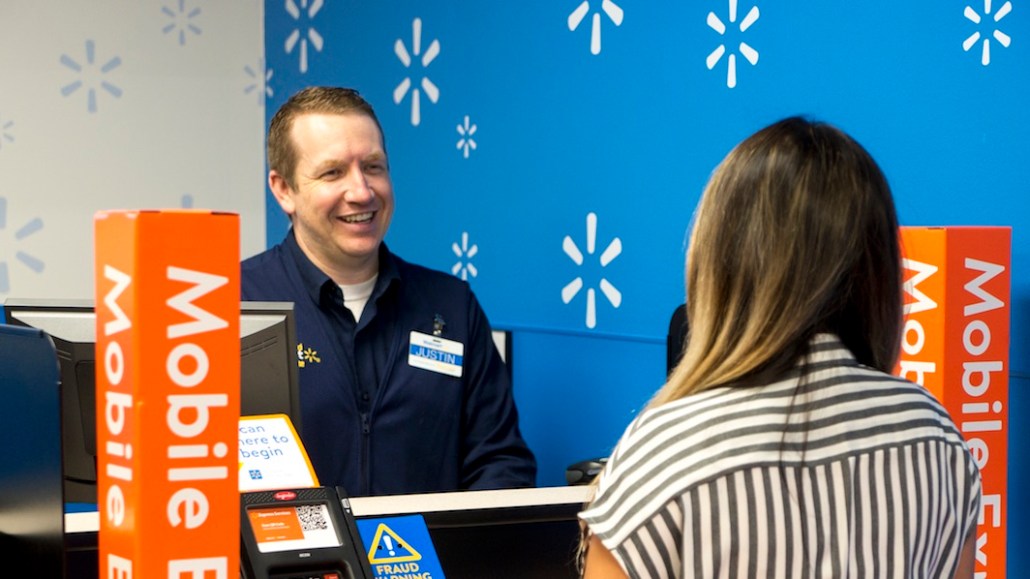 Walmart is employing a new social strategy to be more reactive in real time with a new more conversational brand voice.

Doing so isn’t simply about being part of the social conversation online but to help the business. The retailer enacted this social change with the recently launched “Famous Visitors” campaign, which touted the ability to order what you need online and pick it up curbside, but the effort to be more conversational and reactive will continue as the brand aims to transform its social presence. Doing so has increased mobile app downloads for Walmart increased 50% week-over-week (the retailer declined to share from what it increased from and what it increased to). Currently, Walmart is the number two shopping app in the Apple app store (Amazon is number one).

The new approach to social kicked off during the Super Bowl as the retailer talked to 171 other brand accounts on Twitter. Some of the conversations were planned, like those with Lego or Pepsi, as the brands were featured in Walmart’s 60-second Super Bowl spot, which was the first time the retailer has advertised during the game. Others, like Avocados from Mexico, happened on the spot and Walmart’s six-person in-house creative team worked to craft quick replies to the unexpected brand account replies.

“This was a first for us and the social team’s role in that was bigger [than ever before],” said Jodi Durkin, director of brand social, Walmart. “The ‘bantering’ is part of our on-going strategy. We know that when brands talk to each other in a fun and playful way that does really well on social.”

Overall, Walmart’s in-house social team is looking to figure out how to take advantage of social trends in real time in ways that make sense for the retailer, according to Durkin, adding Walmart recently participated in the viral “broomstick challenge” earlier this week. “We’ve started publishing proactive tweets using popular internet speak,” said Durkin. “We also did a ‘summoning circle’ tweet that was tied into a meme a lot of people were using at the time.”

As the brand works to be more reactive and engage more quickly with trends online, Walmart is training more of its internal talent to understand its brand voice so that they have more people who are able to write copy in real time, explained Durkin. The retailer is also looking to use the local social footprint of its various stores — each store has a Facebook page that’s run by the associates of that store — to boost its responsiveness online.

Being “nimble and agile” online isn’t exactly a unique strategy, according to brand consultant and co-founder of Metaforce Allen Adamson, adding that most brands have been employing a similar social strategy for the last five years. “It’s become an expectation that if I tweet at Walmart or anything other brand that they need to tweet back at me,” said Adamson. “In terms of talking to other brands, I’m not sure how relevant that is but talking to consumers is important. If they don’t they’re seen as unresponsive and out-of-touch.”

Working to increase mobile app downloads, however, is necessary for the retailer, per Adamson. “Most people have Amazon’s app on their phone and most people are doing more and more of their ecommerce on their phone,” said Adamson. “No one uses a web browser on a phone so they have to get there. Downloading the app is one thing but getting people to use it is another and consumers are getting more reluctant to clutter up their phones with five or six pages of apps on their phones.”

Aside from the new push to engage more with consumers and trends on social, Durkin said paid social is now part of almost every campaign the retailer runs. The paid social channel depends on the campaign objectives. For example, Pinterest and YouTube campaigns are seen as more “upper funnel” awareness campaigns whereas other channels can be used for more performance social pushes to drive conversions for consumers to buy and pick-up near wherever that consumer lives, explained Durkin.