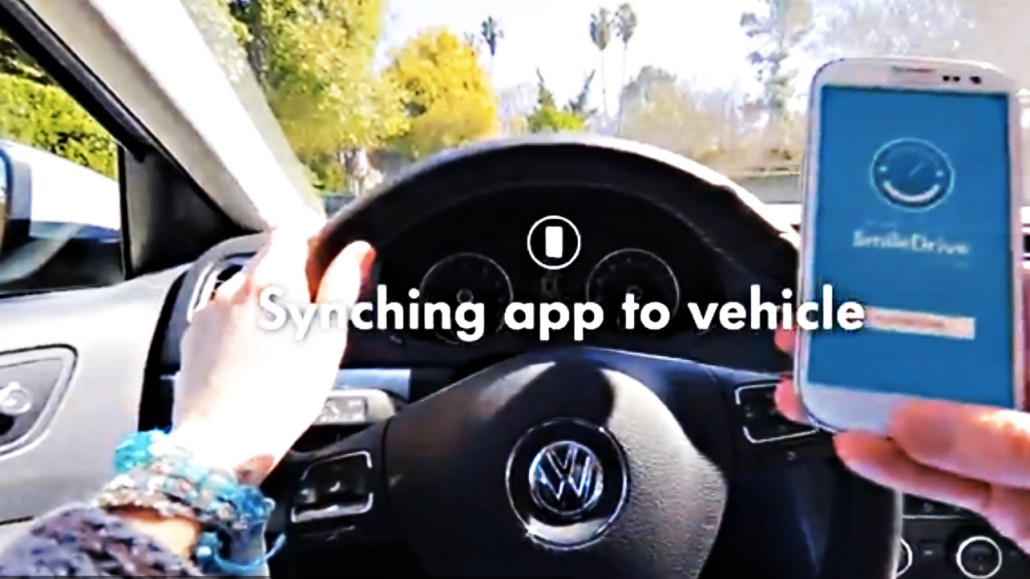 Americans love their cars. And millennials love to share. Now Volkswagen and Google are hoping to combine the two passions with the goal of making your commute more social.

SmileDrive, the automaker’s new Android app, lets drivers keep track of the route driven during any given journey, the time taken, and the weather along the way. Drivers are awarded stickers, Foursquare-like badges, for long drives, passing a car that looks like theirs, or hitting the road on a holiday.

Designed to work with any car, not just Volkswagens, the app also lets you create special pages through Google+ called SmileCasts, for longer trips. The pages automatically update with photos and posts that you and your passengers upload from the road so friends and family won’t have to miss out on that sweet FOMO.

Daily commutes are hardly synonymous with social engagement – same goes for Google+, come to think of it – so it remains to be seen if Volkswagen has tapped into something with SmileDrive.

It even took the punch out of punch buggy, the game where you get to slug your friends every time you spot a Beetle in the wild. SmileDrive recognizes every other Volkswagon it passes that is also running the app – and awards you a “punch” badge. No one gets hurt. But without the edge of unexpected violence, the punch buggy game feels like little more than an in-app ad for VW.

It’s possible this fills a niche for gas-guzzling enthusiasts: community fitness apps such as Runtastic, Runkeeper and Nike+ Running have already struck a chord with competitive-minded and self-improving athletes. So, happy travels, drivers. Our only advice to those who do broadcast their trips: try not to do too much photo taking while actually, you know, driving.