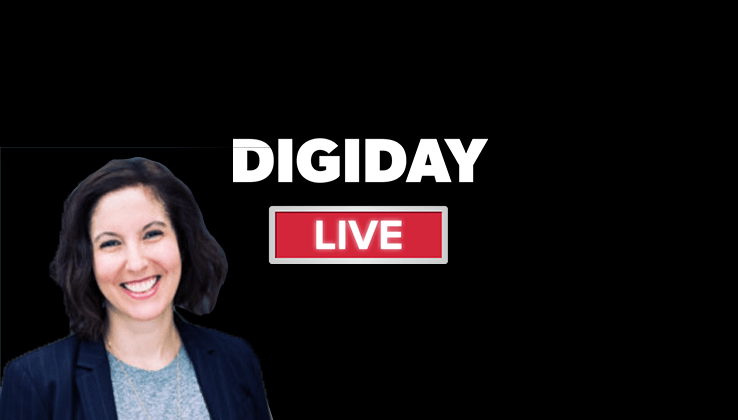 Vitamin Shoppe wanted to move its brand forward, and it needed content to do that. Lisa Chudnofsky, its head of content and customer engagement at The Vitamin Shoppe, has solidified the brand messaging on social media. Her primary tool: Facebook.

“Facebook is really valuable. The videos aren’t getting as much reach now,” said Chudnofsky at a recent Digiday Content Marketing Summit in Vail, Colo. “But we’re creating infographics that capture the mission of being the health and wellness authority. We’ll take problems like being Vitamin D-deficient and then talk about signs and solutions. It may not sound sexy, but it’s reaching thousands of people.”

Chudnofsky discussed the company’s Facebook strategy and more in this session. Edited highlights below:

Starting content and social media from scratch
“My chief digital officer understood what was needed for the company to move forward. The rest of the company had no idea what I was doing. It’s taken a while to get that buy-in. I had to develop a content department from scratch with just the social media budget, which was fairly low to begin with. We brought more junior-level people, which was harder for me but I knew to create content, we needed quantity.”

Store managers as brands ambassadors
“To be the health and wellness authority, content plays a big role. So do our health enthusiasts, who are our store employees. We have Vitamin University, and they all have to pass all courses in health and wellness. It [also] includes everything [about social media]. People go to our store to talk to our health enthusiasts. In the store, there’s a lot of intimidating stuff. We need people in our stores talking to the customers and also digitally.”

Having hundreds of Instagram accounts
“Health enthusiasts had no place on our digital or social channels. When I first came in, it was illegal for health enthusiasts to have their separate store accounts. If you can’t enforce the law, then you work upstream with them. We put together a plan for best practices, worked with retail operations who was scared that they will end up with [inappropriate pictures] all over the country. We took a risk but it’s been great. We have 780 stores and over 500 are up and running now.”

Using Facebook groups
“We launched two test groups — Eating Healthy with Vitamin Shoppe and Staying Fit with Vitamin Shoppe. It was a test to launch a group for our gold members in our loyalty program. We want to be able to give perks like exclusive content and one-on-one with health experts. We’re sending an email to all our gold members, who have spent certain amount of money, and then give them exclusive content. We won’t push a promo down their throat. We’re trying to drive them to stores, but we’re always thinking about what’s valuable for them.”

The case against hiring an agency
“Out of anyone who will ever know our audience, it will be the people who are in-house and the people who are constantly communicating with our customers. Yes, there are agencies who will immerse themselves in your culture and community. But I find a lot of pushback creatively. Are they thinking of a brand or an art project? We’re thinking about the goals and real engagement. The expense was mind-blowing to me. Working in digital media for a long time, this did not look efficient.”