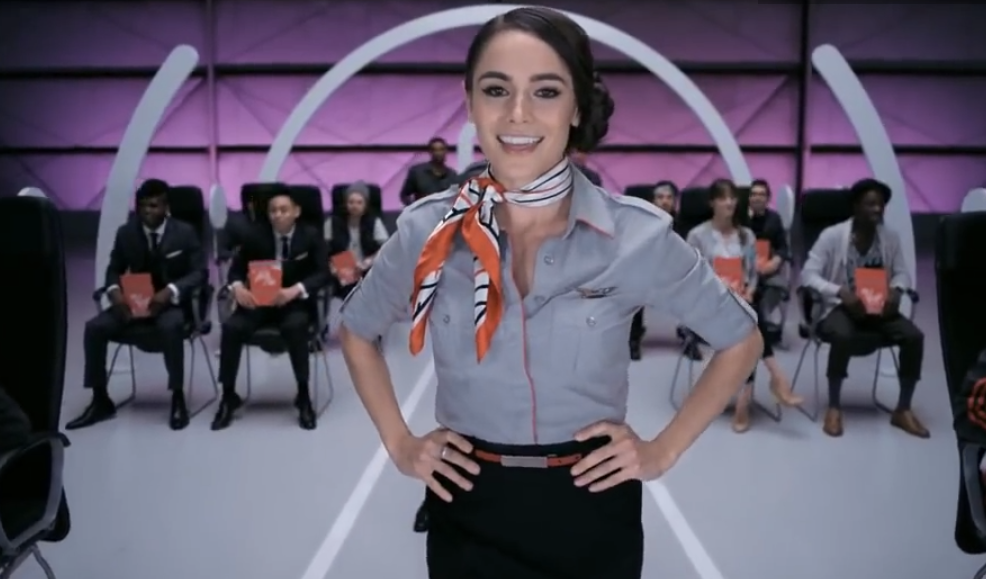 Several airlines have recently debuted new, creative in-flight videos. But none have gone quite as viral as Virgin America’s “Virgin America Safety Video #VXsafetydance,” which has racked up more than 9 million views on YouTube since its release last fall. The video is a five-minute dance routine in an airplane hangar with lyrics that explain all the essential airline safety habits for fliers.

“We were a little nervous when we launched it because people loved the old video so much,” said Abby Lunardini, the vp of marketing and communications at Virgin America. But the original ground-breaking animated safety video had begun to feel a little stale. “Six years after we had done the first one, we wanted to come up with something entirely different and fresh.”

The idea for a new dance-themed safety demo originated with Virgin America’s small marketing team — social media manager Jill Fletcher, Lunardini, an assistant, and its creative director, Jesse McMillin. For the video, Virgin America worked with another arm of the Virgin empire, Virgin Produced, with a budget, according to Lunardini, one-twentieth the size of its competitors, to create the five-minute clip.

But, for the team, the real challenge quickly centered around how to keep engagement going around a one-off video. The solution: a call for submissions from fans.

“When we were formulating the social media piece of the new video, we wanted to include people within the actual safety video,” said Lunardini. “We did a digital and social campaign around the video and are going to do a next version. People are submitting their dance auditions through social to us, and they’re hilarious.”

Once the videos were submitted, judges, like the video’s director John M. Chu, and “Footloose” choreographer Jamal Sims, went through the user submissions and selected a winner, who will be a dancer on future versions of the safety video. The entire campaign received 7,000 tweets to the hashtag #vxsafetydance, and 364 contest entries through Instagram, according to Webstagram.

For the airline, driving social interaction with a small budget is key. Another ongoing social initiative led by the airline, #vxexperience, encourages travelers to share how their Virgin America flight went across social platforms.

“A lot of airlines probably wouldn’t want people to post their airline experiences online,” said Lunardini. “We were surprised how much feedback we get.” Virgin also has an interactive website to tout in-flight features and display Twitter and Instagram shout-outs from passengers’ experiences via the #vxexperience hashtag. 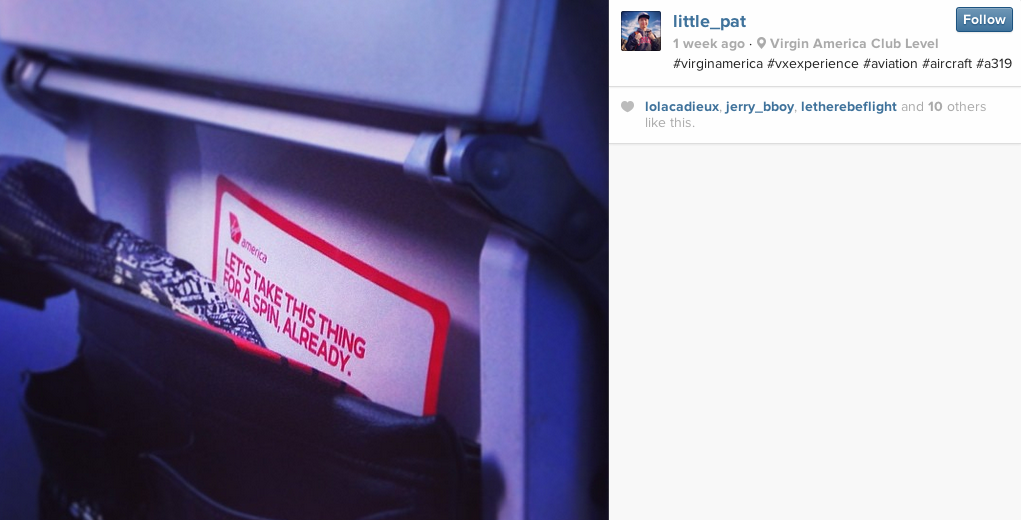 “Because we have a smaller budget and being a little scrappier and doing something differently to drive awareness,” said Lunardini. (Virgin reported a third quarter net income of $33.5 million in November 2013. By contrast, competitor American Airlines reported a profit of $530 million.)

“The safety video obviously had a life of its own online,” added Lunardini. “So how does the brand extend beyond the cabin beyond?'” One dance move at a time, apparently.