#Unapologetic Barbie: brilliant, boneheaded or both? 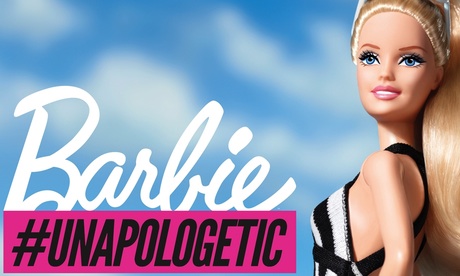 Cris Gladly is a writer, researcher and brand integrity expert.

This Valentine’s Day, America’s love/hate relationship with Barbie is once again the online topic du jour. Mattel announced this week that the iconic doll will appear in the Feb. 18 issue of this year’s 50th anniversary edition of Sports Illustrated’s Swimsuit issue, in which “legends” of past Swimsuit issues will also appear (among them: Tyra Banks, Christie Brinkley, Kathy Ireland, Heidi Klum). Heralding the move as a bold statement of body acceptance, Mattel spokeswoman Michelle Chidoni issued the following statement:

“As a legend herself, and under constant criticism about her body and how she looks, posing in SI gives Barbie and her fellow legends an opportunity to own who they are, celebrate what they’ve accomplished and show the world it’s ok to be attractive AND successful. – in a word: #unapologetic.”

As both brands undoubtedly hoped, the #unapologetic partnering of Mattel and Sports Illustrated has kicked off much heated and widespread online controversy. Some are calling the campaign terrible and the equivalent of marketing trolling while others are lauding the publicity stunt as a solid move.   We think the campaign is both a brilliant and boneheaded move. Here’s why:

Brilliant because:
The move comes on the heels of Mattel’s January announcement of a sharp 13 percent decline in Barbie sales over the holiday quarter and an overall 6 percent drop in sales last year. While the message behind the campaign is certainly questionable, from a strictly marketing perspective, the strategic shrewdness of putting a polarizing icon on the cover of a controversial magazine and calling it “empowering to women” is just plain smart marketing. Both brands wanted to get people talking, and they did.

“This campaign is very bold and clever,” said celebrity branding expert Jeetendr Sehdev. “The millennial audience is smarter than any audience before, and for the first time, the Barbie brand is inviting this new market to have a brutally honest conversation about the complexities and hypocrisies of today’s beauty standards.”

As for the campaign’s defiant “unapologetic” stance, Abercrombie & Fitch and Chick-fil-A also both took highly controversial stances with their brands last year that alienated some people but ultimately strengthened loyalty with their core audience. After decades of being pressured to change Barbie’s body to more accurately align with normal female bodies, Mattel is flipping feminist critique on itself and, in effect, saying: stop hating on Barbie because she is pretty and perky.

Barbie has had 150 careers (including president and astronaut), but the public won’t stop talking about her body. From now on, Mattel is saying, Barbie refuses to apologize for being accomplished and beautiful. Love her or leave her, you have to respect Barbie (and Mattel) for taking a solid stand.

“Barbie has always been a sex icon,” said Sehdev of the doll. “She has always been honest, self-confident and brave, and Mattel and SI recognize that modern men and modern women find those qualities attractive.”

Boneheaded because:
And yet. When it came to celebrating Barbie as an empowered and accomplished icon, Mattel didn’t put an #unapologetic Barbie on the cover of Forbes, or Popular Science, or even Women’s Health or Self. It paid an undisclosed amount of money to put Barbie on the cover of SI’s Swimsuit issue, a publication implicitly designed to make a profit off the edification of men’s desire via hyper-sexualized and objectified images of women’s bodies.

For all the “empowered women” hype, the significant professional accomplishments of the actual human women in the legends swimsuit issue will effectually be reduced to a footnote. It is their bodies and their ability to still look hot in a bikini that will be showcased. With Barbie sales slipping significantly, there is a sad irony that Mattel believes her greatest enduring accomplishment is her ability to unapologetically look hot in a swimsuit.

“We can comment on the campaign’s message, but we can’t change it,” said Melissa Atkins Wardy, author of “Redefining Girly.” “Instead, as parents, we have to decide how much power we want to give to these images. We don’t need to play victim to them.”

Though Mattel asserts that this campaign is not directed at young girls and is, instead, targeted at society at large, Barbie is still a toy for little girls. And don’t we give toys to children to allow them to practice roles they might take on in adulthood?

A girl stumbling upon her dad’s copy of a Barbie adorned Swimsuit issues displaying photos of the doll in her hand next to dozens and dozens of hyper-sexualized images of scantily clad women (who look quite a bit like her Barbie) might be a bit confused, especially if told those images represent “empowered and accomplished” women. Wardy urges smart parents to flip the script.

“We can be as creative as the marketers and create reframes and deeper perspective to teach our girls and boys how to think critically about the positives and negatives of why images like this were created,” she said.