TV is still king — and it looks to remain so for a while.

Television is currently the dominant advertising medium, taking a 37 percent share of all ad dollars spent globally in 2015, with the internet coming in at a close second at 30 percent, according to media agency Zenith. But the rate in which they’re both growing is significantly different, according to the agency’s latest research released Tuesday.

“Television ad spend is barely growing (0.4 percent last year),” said Jonathan Barnard, head of forecasting at Zenith. “Internet advertising is surging ahead thanks to the spread of mobile technology and the rising popularity of online video and social media.”

The research predicts that by next year, the internet will overtake television to be the dominant advertising medium, at 36 percent compared to TV’s 35 percent. 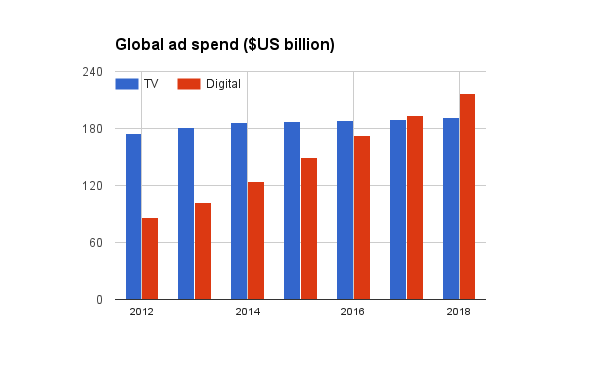 Over the last 10 years, internet advertising has risen from 6 percent of total global spend in 2005, to 30 percent last year. This rapid rise reflects changes in people’s media consumption habits, with a shift from traditional media like television, newspapers and radio, to online – desktop and mobile. 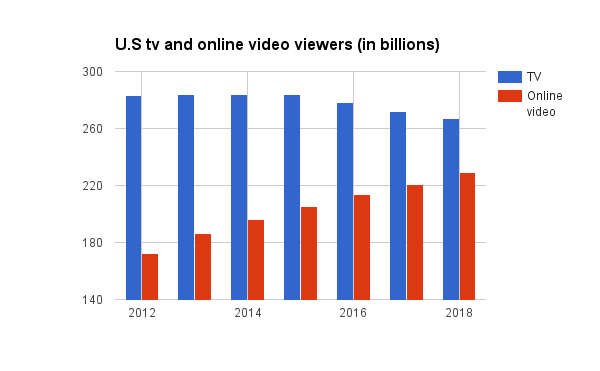 In terms of ad spending in the U.S this year, there has been a greater shift towards cross-platform campaigns (TV and video) and online video ad spend is predicted to grow by 20 percent, this year, the research said.

“In many markets it’s becoming common for brands to treat online video as a complement to traditional television, rather than as a competitor,” Barnard said. Particularly among young and well-off consumers, video provides a further reach for television campaigns. But he said the same content can’t just be pasted across platforms, like what often happens in smaller markets. “Online video ads normally work better when they’re shorter than traditional 30 second posts.” 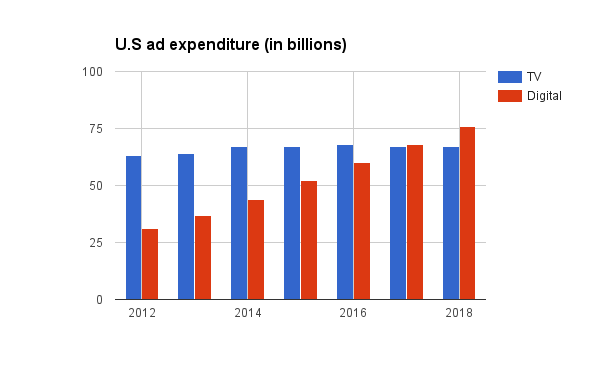 Online video, including social media, is rapidly stealing market share from traditional banners, which are particularly disliked by mobile users, the research stated, but finding formats and effectiveness for online video, on platforms like Snapchat and Facebook, has been a key focus for advertisers, this year.

Facebook is taking a bigger share of ad spend, helping social media advertising to rise 27 percent this year and another 20 percent next year, according to the report. 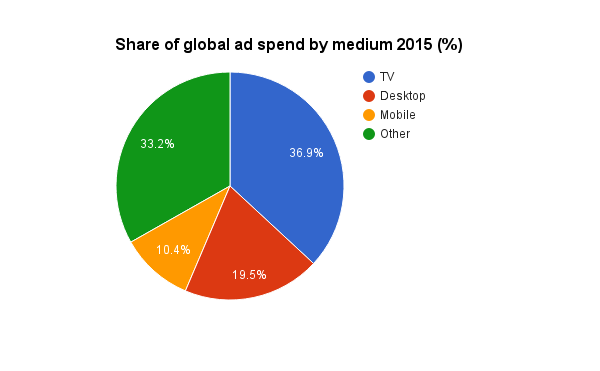 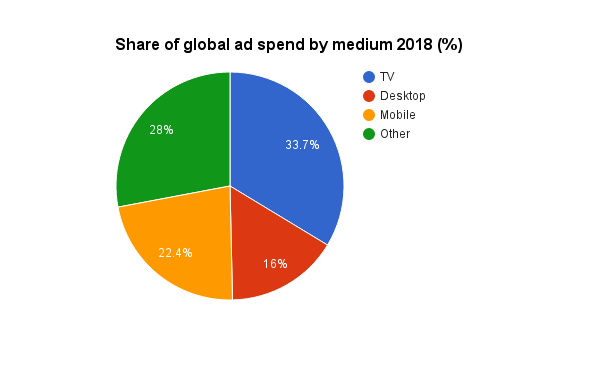 Although mobile is experiencing rapid advertising growth, the majority of spending will continue to be on desktops, for the next few years, the research said.