‘The sky is very blue:’ Why U.S. beauty brands see global opportunity, along with challenges, for CBD products 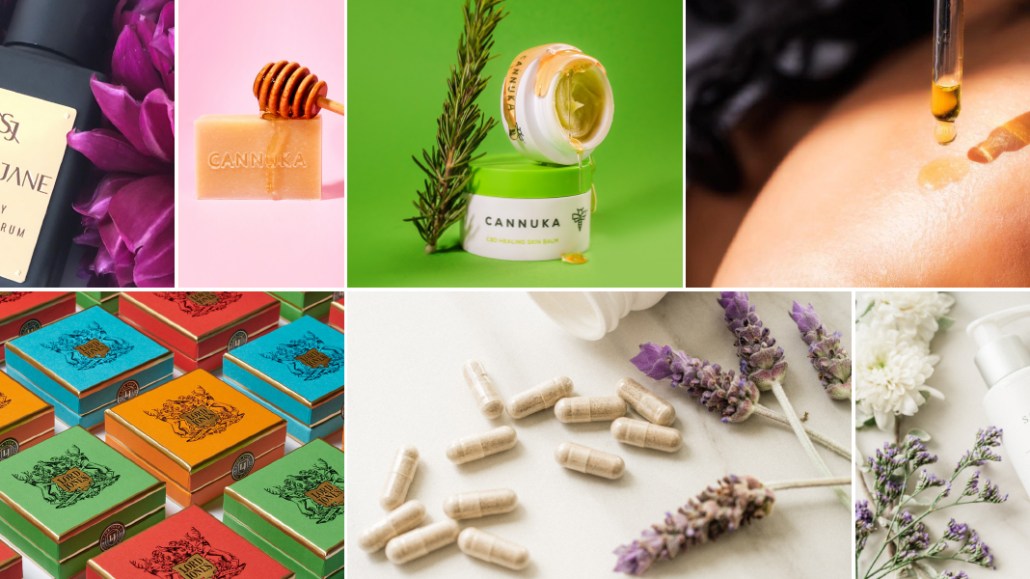 As American CBD companies expand internationally, they have a world of both opportunity and regulations to navigate.

In late March, China’s National Institute for Food and Drug Control (NIFDC) published proposed legislation to ban CBD as well as cannabis sativa kernel fruit, cannabis sativa seed oil and cannabis sativa leaf as ingredients in beauty products. This announcement came as brands such as Uncle Bud’s, Chantecaille and Derma E have been actively selling CBD products on Chinese e-commerce platform Tmall, showing the regulatory challenges that come with international expansion plans. Nonetheless, players in the CBD beauty market are forging ahead as demand for the products remains promising.

CBD brand Uncle Bud’s home market of the U.S. is its largest, accounting for 70% of its sales. But the company has been pursuing international expansion and currently distributes to the U.K., France, Australia, New Zealand, Germany and China. Its entry into China last year was an “explosive launch,” said the brand’s co-founder Bruno Schiavi, who noted that China now makes up 10% of the brand’s global sales and is its third-largest market after Australia.

“I’m definitely not surprised by the government looking to, perhaps, regulate CBD products,” said Schiavi, of China. “The U.S. went through it. The U.K. has gone through it, Australia’s going through it.” He predicted that the final outcome will be heavy regulation and stringent testing on products, rather than an outright ban. He based that on the fact that a majority of the world’s hemp is grown in China and that there are already over 75 publicly listed CBD companies on China’s stock exchange.

Two-year-old luxury CBD skin-care brand Saint Jane, meanwhile, chose Hong Kong for its first international launch outside the U.S. It launched in what was meant to be a limited-time CBD pop-up through luxury department store Joyce in July 2020. After the products sold out quickly, Joyce added the brand to its permanent lineup. The Hong Kong market will not be affected by the mainland China ban if it goes into effect, said Saint Jane founder and CEO Casey Georgeson.

“It feels like the sky is very blue, as we think about global expansion,” said Georgeson. “There’s a lot of opportunity. We want to make sure that we crawl before we walk and before we run, and that we do it very thoughtfully and set ourselves up for success.”

But international expansion has its challenges, as regulations are “changing so rapidly,” said Georgeson. “If you talk about a market, it is a bit of a moment in time, and you have to watch it because look at what happened in China. It caught a lot of brands that were about to launch in mainland China very off-guard.”

CBD has been legal in China since 2015, and “there’s definitely a big appetite for CBD products in China,” said Schiavi. “The consumer awareness started in a major way about 12-18 months ago,” with more media coverage and brands advertising in the market. “It’s not mainstream yet, by no means, but we see the results, week in and week out, [with] increasing sales.” Since the brand launched on Tmall through its cross-border platform Tmall Global in November 2020, revenue has doubled each month.

“Even if CBD is banned, we are not going to be exiting China,” said Schiavi. “We’re just going to be tweaking our strategy.” Over the past six months, the brand has been developing products that don’t use hemp or CBD that could be sold in markets where the ingredient is heavily regulated. Brands are taking differing approaches to their product development as they eye regulations. In many countries, such as New Zealand and Canada, only hemp oil is currently legal, while CBD is not.

“We definitely have thought about not having CBD products,” said Georgeson. “That would make things easier. But we believe in CBD. We’re not ready to go that direction yet. We believe that we have this responsibility to architect the narrative of the industry. That’s why we’re staying true to every product we launch having CBD in it.”

Brands consider the future regulatory environments of other markets to be more promising. Saint Jane, for example, has received inquiries from retailers in Canada, the EU, the U.K., Australia, Mexico, South Africa and the Middle East.

“Australia really mimicked what the U.S. did,” said Schiavi. “First of all, it made hemp legal about a year and a half ago. [But] with CBD, you have to register the CBD with the government to be able to enter it into Australia. I feel that’s going to relax over the next 12-24 months, very much like the U.S. did when it passed the Farm Bill.” He also listed New Zealand, the U.K., Germany and France as promising markets for CBD.

This follows along the lines of cannabis legalization on a wider scale. Cannabis-infused drink company Cann, which contains products with THC, faces stricter restrictions than companies with CBD products. But its founders say that even cannabis with THC has potential for significant global expansion.

The expansion of THC legalization in the U.S. is “echoing into the rest of the world,” said Cann co-founder Jake Bullock, who runs the brand with co-founder Luke Anderson. “Lots of Latin and South America have legal cannabis programs. The European Union does. Asia is a little bit of a tougher one. Those [countries] tend to be more tightly managed regulatory systems.” However, he added, “It’s crazy how fast the pace of change is accelerating.”