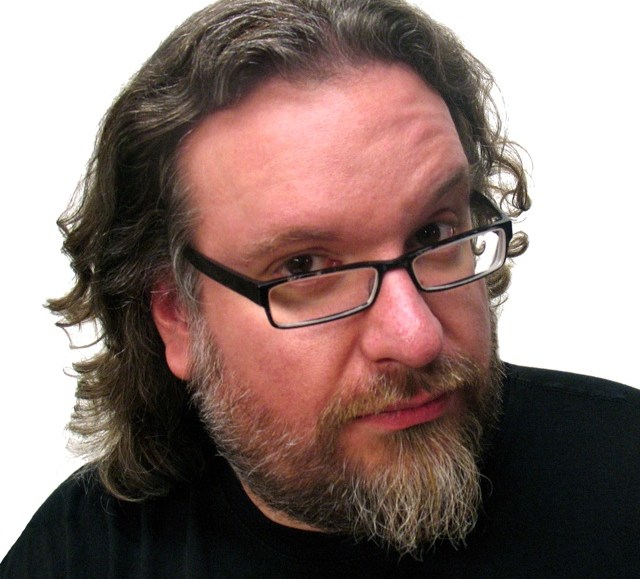 Tim Siedell is the creative director and co-founder of ad shop Fuse Industries in Lincoln, Nebraska. But you probably know of him by his Twitter handle @badbanana. Siedell has made quite the name for himself in the Twitterverse as the guy to follow for regular doses of humor in 140 characters or less. Siedell’s funny tweets have gotten him over 550,000 Twitter followers, landed him on countless “People To Follow” lists and even got Twitter co-founder Biz Stone to credit him for turning Twitter into a comedy venue. Siedell took time to talk with Digiday about Twitter as a comedic medium, getting followers, and having a Twitter persona.

How did you create the Bad Banana persona?
It just sort of happened. When I joined Twitter back in 2007, I did what everyone else did at the time. I chatted with other people. I said what I was doing. I was nervous about putting myself out there, so I didn’t use my real name or photo. I just grabbed a photo of David Ogilvy that I happened to have on my desktop. Over time, I noticed people reacting and responding to my odd little observations or jokes. It was fun for me and people seemed to enjoy it, so I did more and more of it. I didn’t even realize I created a persona until people screamed at me for trying to change out my Ogilvy avatar.

Why was Twitter a good fit?
Working in advertising, I was used to conveying thoughts in short bursts. I spent 16 years writing headlines for ads and billboards and even fast food marquee signs. And as a creative director, Twitter’s update box is exactly what I try to give any creative team. Clear, concrete parameters. Complete freedom within those parameters. And, best of all, no client meddling.

What do you say when people ask you the secrets of getting lots of followers?
I say marry a Kardashian. That helps. Or flame out and get fired from a top sitcom. Other than that, you’re probably going to have to do it the hard way. There are no shortcuts. When people ask me how I got so many followers, my honest answer is one tweet at a time. My advice, though, is don’t be yourself. Be a more interesting version of yourself. Whether you want to be entertaining or be seen as an expert in your field, think of your audience and provide content they would find valuable. Then do it consistently, for a very long time.

What do you think of social media gurus and ninjas?
I think they’re cute. Are they calling themselves ninjas now? I thought they called themselves rock stars. Which is funny, because I’m not sure Mick Jagger even refers to himself as a rock star. It’s amazing how few of them actually excel at using social media. So they’re really just experts on how other people should use a specific medium, which is fine. In social media, I guess that makes you a ninja. In radio, it means you’re a rep selling airspace.

Is being funny on Twitter different from being funny in other media?
First off, funny is funny. But, yes, Twitter has some unique characteristics. The biggest is context. If you go see a comedian at a club, you expect to hear jokes. If you go to your Twitter timeline, you’re seeing news stories, links from friends, and a lot of white noise. Throw one good joke in there and you might make somebody’s day. Also, Twitter is instantaneous. So you can riff on current events almost as soon as they happen.