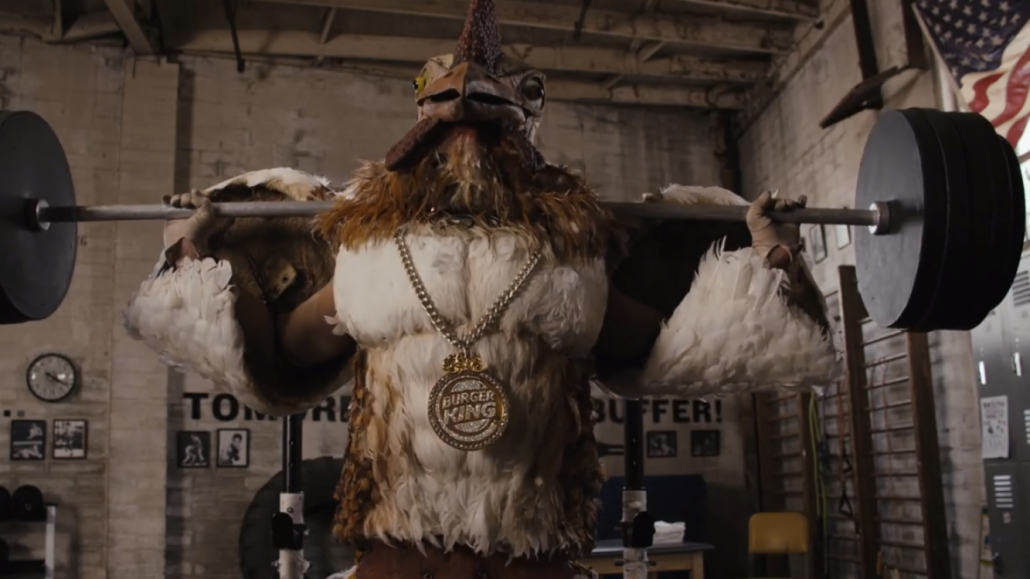 Now, Burger King is bringing back The Subservient Chicken, with WPP agency David creating a new Chicken video that continues the story of the fowl by showing the backstory of what he’s been up to after his fame inevitably faded.

The video’s been viewed over 1.8 million times in the day it’s been up.

Digiday asked Rick Webb and Benjamin Palmer, co-founders of The Barbarian Group, for their reviews of the new effort.

Rick Webb, now a venture partner at Quotidian Ventures and CEO of coworking space Secret Clubhouse
I was dubious at first, and of course no one wants to see their work turned over to a new posse. But upon reflection and seeing the film, I think it’s kind of awesome. It’s a time-honored advertising tradition in broadcast to bring back a mascot. It’s exciting it has finally happened in a purely digital realm. The film is decently subversive — I can’t even put chicken in an omelette but they have him chugging eggs.

The downside isn’t the creative, it’s the context. Seeing the same creative on the Web ten years later? If you had asked me back then what a digital campaign would look like now, I would have expected holograms and VR or something. Ten years ago the chicken was a software app. Now it’s a youtube video and some share buttons. This really drives home to me how boring and bloated digital production has gotten. A million kids are making video games, robots, lasers, drones and billion dollar startups. Agencies are still making videos. Except now they’re longer. Also, the rental fee on the cast trailer in the background alone is more than our entire budget. The TV guys won.

None of that is to besmirch this. I think it’s fun and a great concept. Not far off from a concept Benjamin had back in the day. And it does make me nostalgic.

Benjamin Palmer, now chairman of The Barbarian Group
I’ve been thinking about the Subservient Chicken a lot recently. It was the 10-year anniversary earlier this month. When we got into production for the site we really knew we were onto something and hit on a new and awesome form of interaction that felt like magic. It was the strange potential of the Internet in distilled form.

Reviving the character doesn’t seem like an inherently bad idea. But the reason it was a hit was this new way of interacting and the current version misses that. But maybe there’s another reveal?

Also: 10 years on, I have had many conversations with junior folks who didn’t really know much about advertising when they saw the chicken. When they later joined the industry, they told me it was important to experience something so non-standard early in their career. It made them realize what was possible with the Internet.