Keds, the almost century-old brand of canvas sneakers, has put on its big girl social media shoes and is — at long last — dashing ahead.

“Keds had been lost in the marketplace and was chasing an aging consumer base,” said Stephanie Brocoum, the vp of marketing for Keds. Not any more.

Brocoum joined Keds in mid-2012, at a time it was looking to re-position itself as a brand for the teen girl. Keds, Brocoum said, knew that it needed to follow its audience online and begin a social media initiative. Now, Keds has a in-house social team of two dedicated to its social channels, and utilizes its design team to create content for various platforms. Everyone at Keds helps with social, though, whether its participating in a contest or sharing content to get a campaign rolling, said Brocoum.

In order to hit the ground running, Keds identified Facebook as the first platform it needed to work on.

“Facebook is really important — we knew we had to be focused there,” said Brocoum. “Our Facebook audience was unrepresentative to the size of the brand. On Facebook, we had to go after building our audience in a block-and-tackle kind of way, and had a lot of success with engagement contests. And we started engaging and posting dialog, what you could say are the basics of Facebook. Then we coupled that with paid advertising — and we could go after girls who were most likely to be fans of Keds.” In October of 2012, Keds had 173,000 likes on Facebook. Keds currently has 963,000 likes on Facebook.

It also doesn’t hurt, Brocoum added, that Keds is partnered with Taylor Swift, and has been instrumental into bringing new likes and followers. “Girls are discovering the brand because of Taylor, but they’re staying because they love the product.”

In order to expand from Facebook to other platforms, Keds started to look at where their teen girl audience was “crushing” on products. This, said Brocoum, would help Keds figure out what platforms to dedicate its resources to. Instagram, for example, was a place where girls were liking and interacting with products already, and seemed like a natural fit.

“On Instagram, we had tremendous growth — a year ago we had 1,200 followers, but now we have more than 112,000 followers,” said Brocoum. “It’s the perfect channel for us. It’s colorful and fun and there’s a low barrier to participate. Girls kind of welcome you onto their phone.”

Brocoum attributes the growth to behind-the-scenes types of content featuring upcoming products, and, of course, the occasional puppy photo. 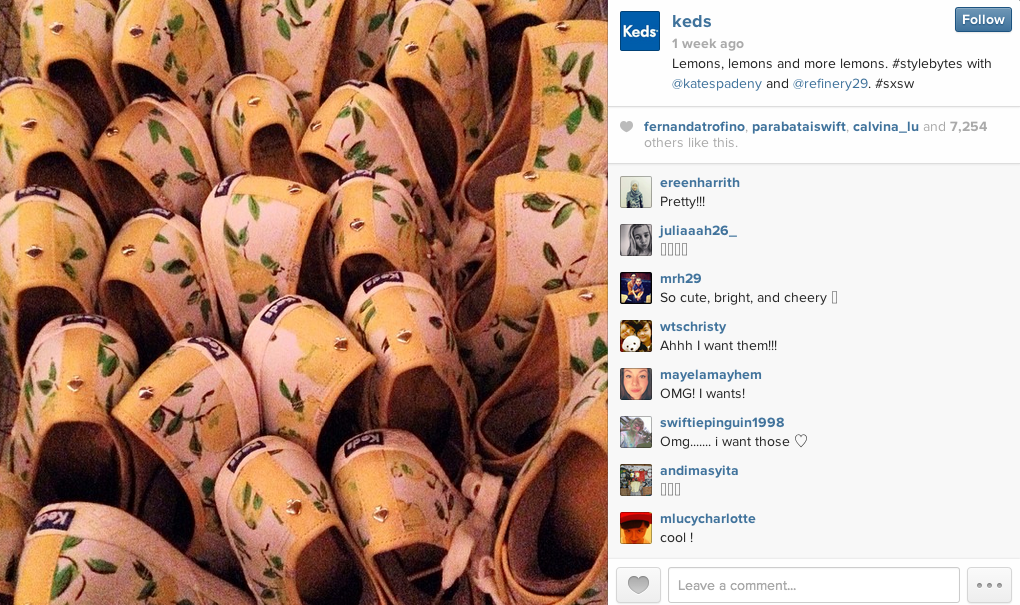 Another part of the puzzle was that teen girls, according to Brocoum, are interested in creating their own content and sharing it with their friends. For Keds, this meant that the brand needed some sort of hub as an intersection point for content and engagement, while also being able to link to their products and retail partners. The answer was Tumblr.

“There are important channels out there that aren’t as important to teen girls,” said Brocoum. “Tumblr, by contrast, was a very important platform for teen girls at least two years before we got there. It was the right platform for us since we were able to customize content.”

Keds’s Tumblr, Bravehearts, is meant to be a source of both style inspiration content for young girls, as well as place where girls can post and make their own content using Keds’s Tumblr tools. Built with the help of digital agency Firstborn, the Tumblr audience can create their own “brave goals,” look at Keds’s spring look books, or look at an inspiration wall, complete with Taylor Swift gifs. 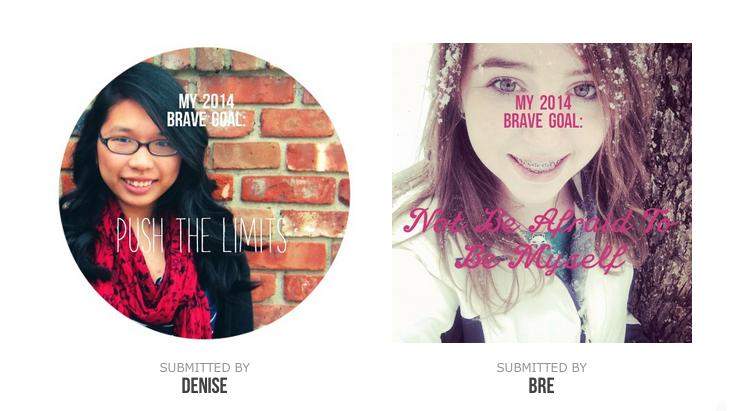 Though Keds has only been on the platform for almost six weeks, Brocoum says Keds is pleased with the growth.

“One of the things about the Tumblr platform we’re able to track conversions,” said Brocoum. “We’re beginning to pick up momentum there.”