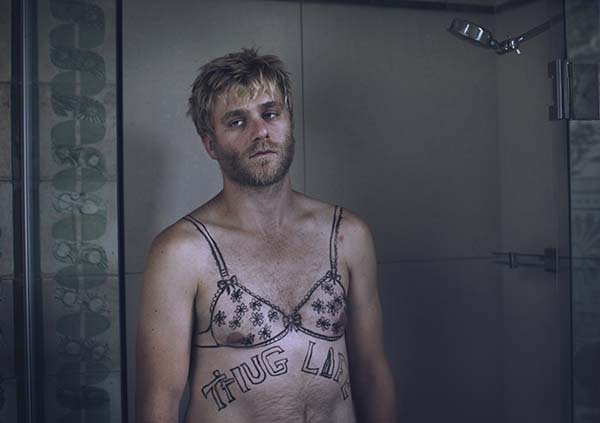 There’s a time-honored tradition of punishing passed-out drunk by doodling on their limp bodies.  A new campaign from Steinlager, a New Zealand beer company, has embraced this popular prank, but is hoping to use it, oddly enough, to encourage responsible drinking

“Be the Artist, Not the Canvas,”created with the help of DDB Auckland, has a commercial and print ads that feature a bunch of drunk dudes, blissfully unaware that an “artist” is inking all over their skin. There’s also an online “artwork gallery” of the campaign images, showcasing the work of the artist. Users can click through title cards that poke fun at stuffy museum descriptions with sentences like, “By employing bold cartoon-like imagery he subverts the outer adult and omnipresent inner child to great effect.”

As funny as it is, Steinlager is serious about sensible drinking habits. The campaign makes sure that those who drank to the point of blacking out are pathetic figures. There’s the shirtless, bleary-eyed guy who stumbles to open the fridge who finds that he’s wearing a drawing of a polka dot bra along with “Thug Life” written across his abdomen.

“As much as we want to encourage budding artists, we’d rather there were no canvases for them to draw on,” the campaign’s site implores.