Clean or cluttered? Inside the email inboxes of media and marketing execs

There are two kinds of people in the world: those whose email inboxes are infuriatingly empty and those whose inboxes are more packed than a New York City subway during rush hour.

The former never have any unread emails, while those in the latter group tend to have anxiety-inducing numbers in that red bubble on their mail apps.

We chatted with some media and marketing executives and asked them which end of the spectrum they were on:

Rishad Tobaccowala, chief strategist, Publicis Groupe
Despite a busy travel schedule, Tobaccowala ensures he stays on top of his emails — giving himself a 24-hour deadline to reply to each email.

“We are living in real-time world; fast responses matter,” he said. “It also enhances my productivity since I do not have to worry about ticking time bombs.”

Choire Sicha, co-founder, The Awl
Sicha has so many unread emails that his phone apparently can’t even display them.

Jason Harris, president, Mekanism
Harris has self-diagnosed himself with EMOCD, “Electronic Mail Obsessive Compulsive Disorder,” and said that he checks his email obsessively. 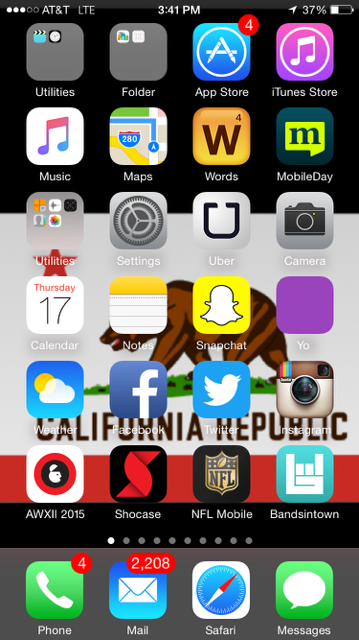 “I need to read my email every night and be caught up before I roll into attacking the next day,” he said. “It keeps me calm.” He added that the screenshot above is misleading because he was traveling and not able to get it updated. “That’s what I will be doing later tonight,” he said.

Robert Scoble, Rackspace Hosting
Scoble is notorious for his carefully crafted automatic response, which is sent to anyone who emails him. “Unfortunately, if I don’t answer you within two or three days, it’s the same as hearing ‘no,’” he says, only replying to about 5 percent of his emails.

“There is no way in hell I can answer all my emails. That is unless I stop eating, stop hanging out with friends and family, and stop sleeping,” he explained. “Since I’m unwilling to do all of that, I only answer a few every day and have an out-of-message email that explains what happens to the rest.”

Jeremy Crisp, managing partner, Nail Communications
Despite him trying his best, Crisp says can never be on top of his emails.

“They haunt me. I do my very best to eliminate them,” he said. “But they’re like those damn minions …. endless. So I usually lose the day’s battle.”

Jason Peterson, chief creative officer, Havas Worldwide Chicago
Peterson believes that email is a dead medium and doesn’t care for it at all. The only reason he has fewer than he usually does in the screenshot below is because the agency’s server was recently reset, he said.

“I never check email — text me or come talk to me; email is an old agency excuse for covering your ass,” he said.

Rich Antoniello, founder and CEO, Complex
Antoniello is glued to his email inbox and also belongs to the “zero unread” emails camp, replying to emails from flights and if that’s not possible — as soon he gets off them.

Jon Haber, co-founder, Giant Spoon
Haber said he wouldn’t be surprised if he had somehow won a lottery and had no clue about it, since he’s trained himself to ignore seemingly superfluous messages.

“Honestly, for me, I am craving solutions to get off email,” he said. “We need email methadone; it is only getting worse.”

Whitney Fishman, senior partner, Innovation & Consumer Technology, MEC
Fishman admitted to being on the obsessive-compulsive end of the spectrum, even using additional apps to sort her emails out in order. 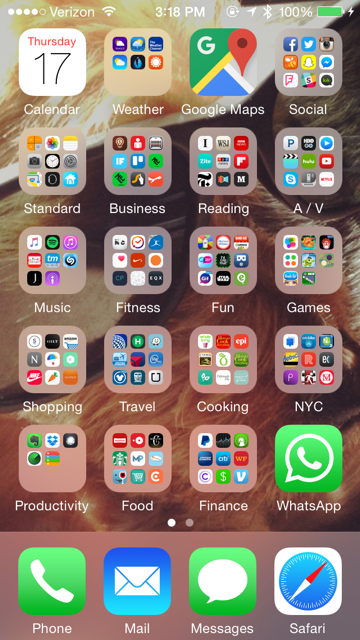 “I’m a big fan of operational efficiency — so much so that I keep trying to find hacks and get anxiety if I haven’t finished looking at them at night,” she said.

Madison Wharton, chief production officer, DDB New York
Wharton blames her jaw-dropping number of emails on a glitch, but in reality is indifferent to her phone emails screaming out to be checked.

“As you might expect, I’m the 0 unread type,” Wharton  joked.