Snickers Australia video gets some buzz, but not for the right reasons 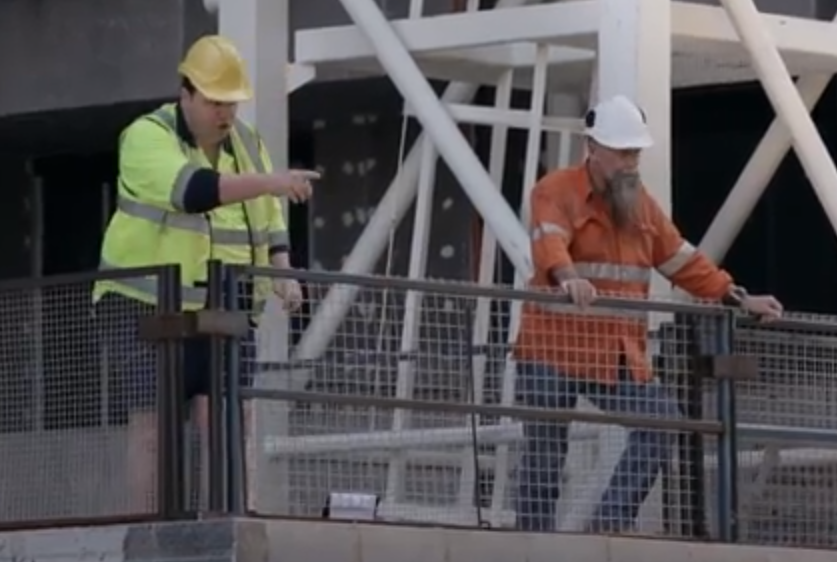 If you’re a woman — especially a woman living in a big city — then you’ve likely experienced the construction worker catcall. It’s a stereotypical scenario, but it’s a stereotype for a reason: it happens all of the time. Snickers Australia’s latest ad plays on this stereotype in a way that’s meant to empower women, but the Snickers tagline at the end brings in to question how empowering the ad’s message really is.

The spot features a group of Aussie construction workers calling out to women passing by on the street. However, instead of shouting out the expected propositions ranging from flirtatious to lewd, these construction guys shout out words of encouragement and female empowerment. For example, one worker tells a woman that the color of her shirt is really working on her and then wishes her a “productive day.” Another worker shouts out, “Wanna hear a dirty word? Gender bias.” A third asserts that a woman’s place is “wherever she chooses.”

The only catch is, after all of this positivity towards women and gender equality, the ad ends with the Snicker’s tagline, “You’re not you when you’re hungry.”

Snickers posted the video yesterday and it’s already gotten 478,822 views on YouTube. However, the twist at the very end of the ad has ruffled a few feathers. The tagline’s implication is, of course, that the construction workers were just hungry and not behaving like their usual mysoginistic selves, and furthermore that eating a Snickers would revert them to their usual catcalling ways. That doesn’t seem like the kind of message a brand should be sending about its products.

As one person wrote on Tumblr, “Eat snickers, prevent yourself from unwittingly respecting women.” And another YouTuber quipped, “Then they all eat a Snickers and transform back into Chris Brown.”