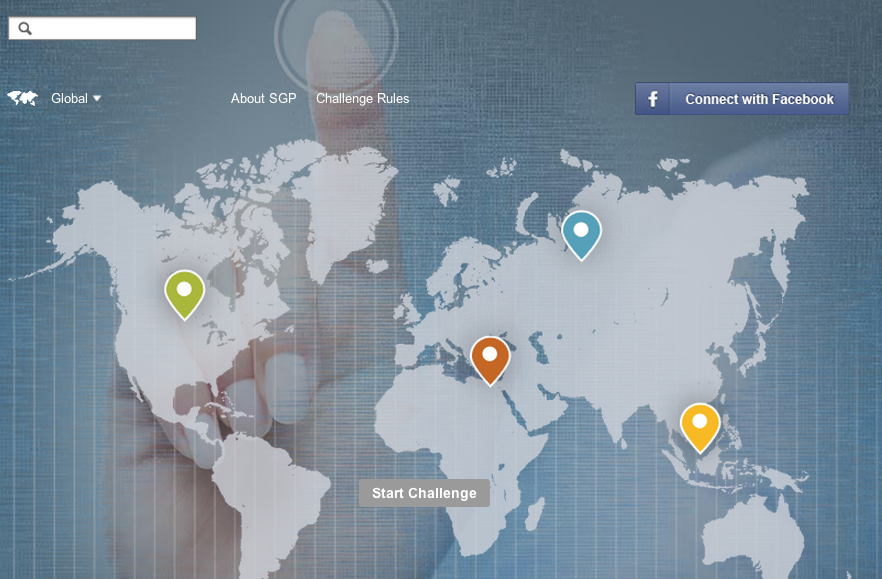 German engineering and electronics conglomerate Siemens is turning to Tumblr to get a conversation going among the world’s bright, young potential leaders.

Siemens recently set up shop on Tumblr as part of a global recruitment campaign for its graduate program. Participants in Siemens’ new Tumblr campaign “The Managers Call” compete to get as many stars and medals as possible by Sept. 27th in order to win an exclusive Q&A session with a Siemens manager and a chance to get a personal career coaching session.

The Siemens Graduate Program is a two-year training program that prepares participants for future management responsibilities in the various sectors that Siemens has a presence in, like energy, healthcare. “The Managers Call” campaign, created with the help of social media agency We Are Social Deutschland, uses shiny new platforms like Tumblr and Facebook to generate conversation among prospective graduate program participants – and raise awareness of the 166-year-old company, which is not quite so new or shiny.

“Siemens was looking for a new, creative way of approaching talented young graduates in their natural social media habitat,” explained Thomas Hirschmann, account director at We Are Social. “We had already built on and expanded Siemens’ existing fanbase on Facebook and the youth is moving more and more to new platforms like Tumblr, so it was logical to follow this trend and integrate Tumblr into the social Web activities of the Siemens Graduate Program.”

As Hirschmann explained, “The Managers Call” Tumblr is set up as a friendly competition that is structured by region (Americas, Middle East/Africa, EU/Russia and Asia/Pacific) around four main topics: future of work, future of the workforce, business insights and career insights. The idea is to get prospective applicants to actively share content and enter into discussions about these subject areas by awarding medals to the best participants on a specific topic each week. Participants can also award their fellow participants with daily social stars for interesting comments.

Participants’ Tumblr posts so far have included topics like “New Values in Arab Culture,” “Collaboration of Generations in Europe,” and “Work/Life Balance in the Americas.”

“Instead of simply presenting all of the content at a simple website to be downloaded and read, the Tumblr is inspiring interest for the program by letting everyone discuss its elements so they can get a realistic view about what they can expect when they apply,” said Hirschmann.