‘I was shot’: Martin Sorrell on his departure from WPP and the future of the agency business 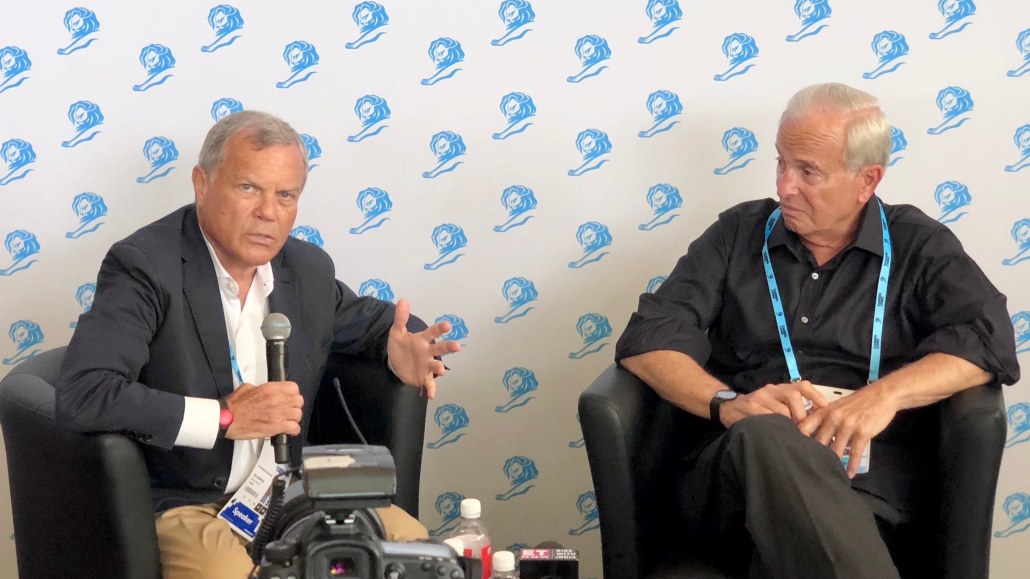 Former WPP chief executive Martin Sorrell took to the stage at the Cannes Lions festival on Friday to “interview” journalist and author Ken Auletta about his new book on the ad industry, “Frenemies”.

But as expected by many at the festival this week, Auletta did his best to flip the interview around, and to probe Sorrell on his recent departure from WPP and the circumstances that led up to it. Sorrell proved a determined foe, doing his best to bob and weave around any pointed questions about his unceremonious exit from WPP, but Auletta eventually forced him to address “the elephant in the room.”

“It was in the best interest of clients and shareholders that that was the case,” he said. “The situation had become untenable. When you have leaks of that nature at highest levels of the company it’s very difficult thing to maintain… I was shot.”

Here are Sorrell’s main talking points from the session, and from a short press conference that followed:

On claims that he was verbally abusive to people he worked with.
“Am I an easy person to deal with? No. Am I demanding? Yes. But I don’t think that was fair. I think I demanded high standards but I think if you look at overall record… over the last six, seven, eight weeks I received numerous emails which would contradict that.”

On misappropriation of company funds at WPP:
“It was strenuously denied.”

On allegations allegations in the press that he used company funds to pay for a prostitute:
“We dealt with that by strenuously denying it. It’s not true.”

On his new holding company S4:
“S4 is a peanut in comparison [to other holding companies]. But I have to admit some people do have peanut allergies… S4 is going to focus totally on the new stuff. It’ll come totally from the digital angle.”

On the threat to agencies from consulting companies:
“Accenture is 1.5 times bigger than all 6 holding companies put together. I think the model, with what [the industry] is going through, may become a more and more significant idea. The lines are blurred… If you look around where the investment is being made at cannes, the biggest investment here is from consulting companies. That is where the challenge is to agencies. But they don’t compete with us head-to-head, they go upstairs.”

On the relationship between agencies and Facebook and Google:
“If I follow money, the media agencies are increasingly investing in Google and Facebook. If they were frenemies, they’re not frenemies any longer. They’ve become partners. I see Amazon as a third force. But Amazon is in the foothills.”

On allegations of agencies ripping off clients:
“We’ve never seen any specificity at all, It’s all been general innuendo. Nothing has been proven in the U.S.”

On the Cannes Lions festival:
“Last year we were quite open on what we thought about the spending here. June and Cannes may not be — with all due respect to the people here — the best place for our industry to be seen and heard given its challenges.”