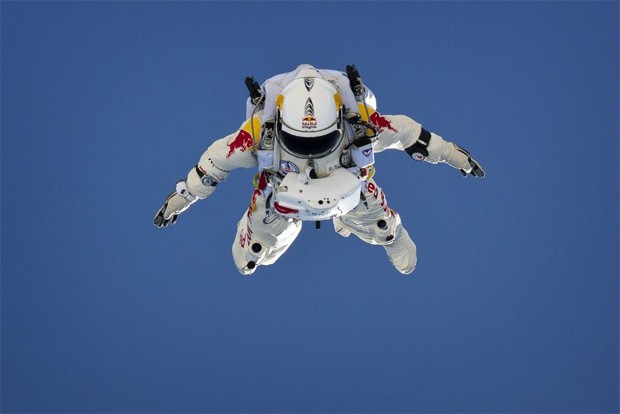 Advertisers have historically been able to predict the impact of a campaign by measuring share of voice. Given the increase in number of media channels and paid advertising exposures — up greater than 30 percent over the last five years, according to an IPG Magna report — share of voice is a far less predictive metric than it used to be. The question then, naturally, is what do advertisers focus on if not share of voice?

To capture share of culture, advertisers must participate and integrate into the culture of their market: share the values and language of their targets, celebrate the culture’s history, champion its heroes and contribute to it stories and legends.

Nobody captures share of culture better than Red Bull.

The beverage brand-turned-media company embodies the values of its targets’ culture – the gonzo, hyper, non-mainstream sensibility shared by millions of young men in their late teens and early twenties. Red Bull then reflects these values in the events they create, developing rituals for their target.

For example, 2014 will mark the 22nd year that Red Bull has held its annual Flugtag, the event in which “aspiring aviators” take flight in homemade flying machines – and in front of a crowd that has grown to 25,000 over the years. The brand also infiltrated mountain bike culture by hosting the annual Red Bull Rampage, a test of creativity and nerve between some of the top mountain bikers in the world – managing to both celebrate and create heroes in the process. On a similar note, Red Bull routinely associates itself with heroes its target audience aspires to be – whether its daredevil Felix Baumgartner or skateboarder Tom Schaar.

RedBull combines these elements to create stories that people tell one another – “Did you see Tom Schaar do the first 1080?” or “Did you make it to the Flugtag this year?” This provides its audience with shareable content and embeds the brand further into an ongoing conversation. It’s no longer an outside observer but is, in effect, part of the culture itself.

Red Bull winds up capturing something far more meaningful and far more powerful than share of voice; it captures share of culture. It becomes more than a beverage brand – it becomes an icon.

RedBull isn’t the only brand to employ a “share of culture” approach either. Other standout examples include outdoor clothing company Patagonia – which makes heroes of outdoor athletes and embraces the conservationist values of its targets. Betty Crocker hooked into National Coming Out Day  to celebrate American families and connect with the LGBT community.

Likewise, point-of-view camera manufacturer GoPro is in the process of becoming a breakout brand using the strategy; it has made itself an almost-indelible part of the adventure sport conversation and is now moving on to musicians, creating a #GoProMusic campaign with Instagram contest execution and DJs on hand at SXSW.

Companies that want to duplicate the success of these brands would do well to focus on trying to replicate how they engage their targets’ culture. Who are your targets’ heroes? What are their rituals — whether it’s a tailgate on the first home game of the year or new clothes for the first day of school? What do they value?

Demonstrating that you share their values, celebrating their heroes, and contributing to the things that matter most to them is the best path into the future for brands that want to lead their categories into the future.