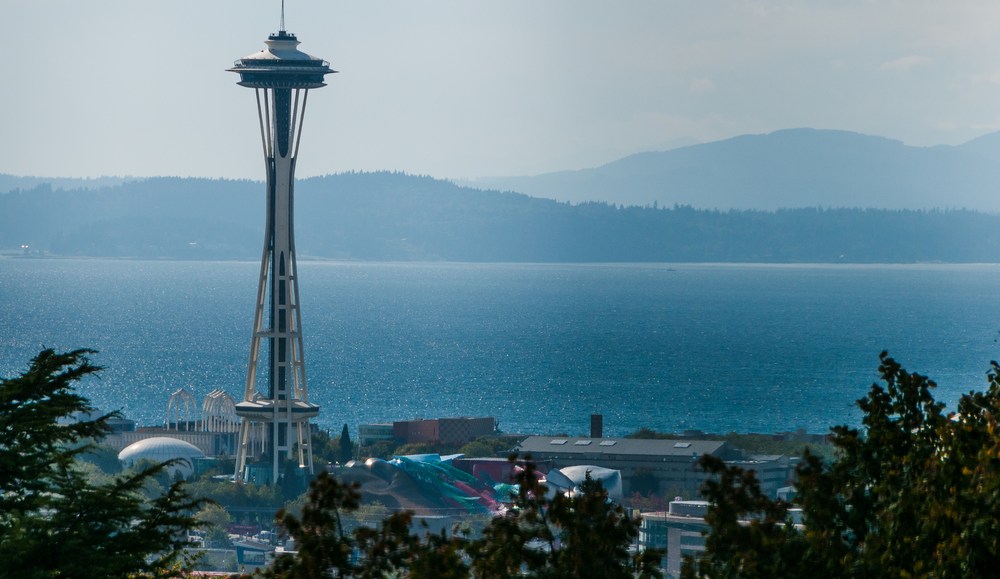 Now, a visit to the popular West Coast tourist attraction will entail not just a view from its observation deck, but also a wide array of experiential activities alongside it, including a digital interactive wall called the SkyPad and immersive high-tech kiosks, among others. The experience can also be literally held in your hand, with the help of an accompanying mobile app that acts like a guide to it all.

“The Space Needle has been a symbol of innovation,” said Karen Olson, vp of marketing at the attraction. “When there was so much digital change all around us, we couldn’t not embrace it.” She added that the idea was to also to cater to the large family crowds that came to the venue and make it more immersive for children.

Olson added that they wanted to ensure that the Space Needle remained the go-to attraction in Seattle. “If you come to Seattle, and you want to be able to see everything in one day, you should come to the Space Needle,” she said.

“One of the greatest aspects of this project has been the local partnerships that made these experiences possible. Microsoft technology played an integral role, as did several top creative and interactive development agencies,” said Olson, calling it the “Ocean’s Eleven concert.”

It’s a natural fit for the Space Needle, sitting as it does in the cradle of the Pacific Northwest, and in what is the home of Microsoft. Once the tallest structure west of the Mississippi River, the observation tower was built in the Seattle Center for the 1962 World’s Fair.

Now it has its own app, which presents facts and photos of surrounding sights, orienting visitors and helping them take a deeper dive into the history of the attraction. Through the app, guests can even experience “augmented reality” by pointing their phones at one of several unique “Space Spots” at various locations at the tower. These visual “Space Spots” place pre-created graphics of real-world visuals on your phone’s camera. 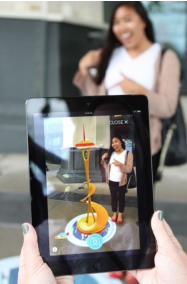 New kiosks, called “520 Teleporter Kiosks,” incorporate Microsoft’s Photosynth technology to provide visitors with virtual experiences like a trip to Pike Place Market through the eyes of a fish, or a ride on one of Seattle’s famous houseboats. With a mere click on one of the kiosk screens, guests can take a 360-degree tour of Seattle’s various experiences, without moving a foot.

“The aim was to make this touchscreen experience as user-friendly and engaging as possible,” Darren David, the founder and CEO of Stimulant, said.

Visitors can further enhance their virtual experience, with the 20 x 8 foot digital touchscreen SkyPad that displays thousands of photos of visits to the Space Needle from the early 60s to today. This is a digital step-up from the previous mural, and is interactive too, allowing guests to post photos of their own experiences or pin their hometowns on a digital globe in a kind of digital guest book.

“We pushed beyond what we thought was possible to offer our guests, and locals alike, experiences that are totally unique, memorable, and shareable,” Olson said. And it’s worked, with this last July being the best July ever for the Space Needle.