Richard Edelman: ‘We would have been choked by the holding companies’ 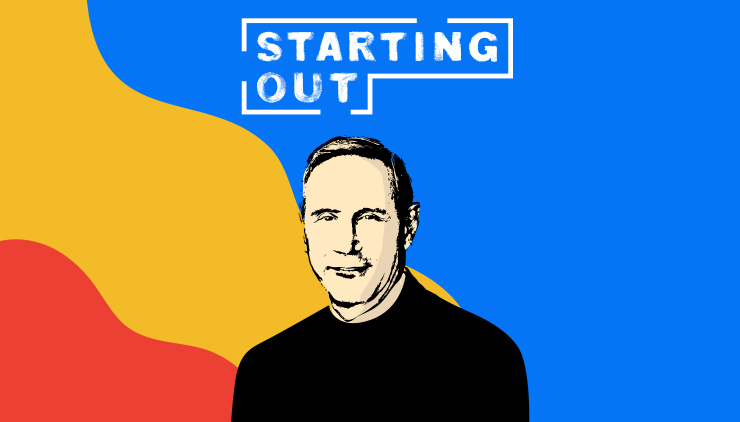 Richard Edelman, president and CEO of Edelman, inherited the family business from his father 40 years ago. Since then, he has expanded the company to 29 different countries, while remaining independent and family-held. Edelman discusses growth, challenges and marketing challenges in this episode of Starting Out: Cannes Edition.

It’s not 40 years since I joined Edelman as a 23-year-old. My dad actually called me in March of that year, and I was all set to go to Playtex as a product manager. He said that DDB made an offer to buy Edelman, and he didn’t want to sell. He wanted me to come to Edelman for a year and see what it was like. Would I come to Edelman? I said OK. It was a little bit of obligation and family pride. I had a nice vacation planned after graduation, but he called me and said that they got a client, so I had to come in to work the day after graduation. So, I quickly learned what it was like to work in a family business.

I joined when we were [valued at] $6 million and five to six locations. Now, we’re nearly a billion dollars, and we’re in 65 locations. We’ve done it as a family business. We’re the only ones of size who are still private, independent and family-held. All the other PR firms sold out to WPP, Omnicom or others for the reason of synergy. My father thought we would be better off being entrepreneurial, being able to expand into adjacent areas like digital, creative, entertainment and experiential. We would have been choked by the holding companies. They demand high margins; they force big layoffs. We don’t. We focus on long-term growth.

Economies of scale work to a point. It works for us because we can serve our clients anywhere. But beyond a certain size, you get diseconomies of scale because you get slow and bureaucratic.

We are in a massive evolution period for PR. Historically, I would call a reporter, pitch a story because I know what you’re looking for, and the journalism platform is halved. The idea of our distribution channel being choked off is something I saw coming five years ago. We have to set up digital and social communities, and help clients go directly to users of information. Governments are paralyzed or corrupt in many parts of the world. So brands are waking up a new democracy. We have to push brands to do something, and not just talk.